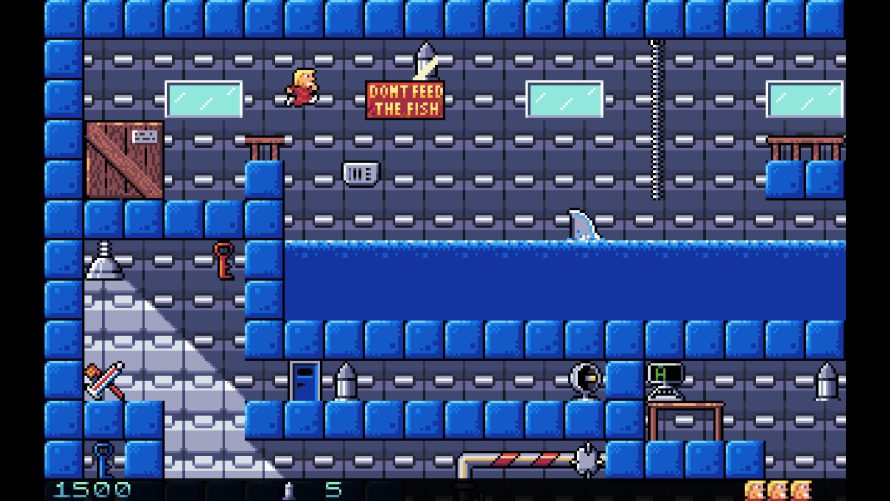 Ain’t easy being a Secret Agent, and you’d think that after almost 30 years, Agent 006 would have aged quite a bit. But thanks to quality-of-life additions like a difficulty setting, Secret Agent HD seems more like a revitalized version of the ’90s classic than the tale of an old and senile Secret Agent. Nostalgia trip? You bet ya.

Oh man, 1992 feels like forever ago… and that’s because it kinda was. Yet I still fondly recall playing shareware games back then, like Crystal Caves, Wolfenstein 3D, Duke Nukem II, Commander Keen, and of course, Secret Agent. In the good old days of MS-DOS, before demos and trial versions, shareware was king budget gamers, granting players access to the first chunk of a title for free. Oh, and internet access wasn’t exactly fast, cheap, or even something everyone had in the early ’90s, so you better believe I spent a lot of time at the local library with far too many floppies, copying shareware titles from their fancy multi-disc CD-ROM setup. Anyway, before I completely lose focus with another senior citizen rant… Secret Agent HD!

Some of you weren’t yet born when Secret Agent graced floppy disk drives, so let’s rewind.

Run, gun, collect teddy bears, blow up satellites, jetpack through outer space, create your own levels, play a brand new official episode! Too fast? My apologies. I’ve been told people have a very short attention span nowadays, thanks to Tweeter, Facenovel, and what-have-you. But seriously, Secret Agent HD is an undeniable love letter to the original with more content than ever and modern features like, you know, cloud saving, a level editor, a brand new soundtrack(!), Steam Workshop support, leaderboards, new enemies, power-ups, levels, and – oh my goodness, so much more. Ah yes, did I mention the brand new fourth episode? One thing that hasn’t changed, however, is your objective: to recover the Red Rock Rover project blueprints from the Diabolical Villain Society. By any means necessary.

Secret Agent HD is available on Steam and GOG.com, carrying a $7.99 price tag.