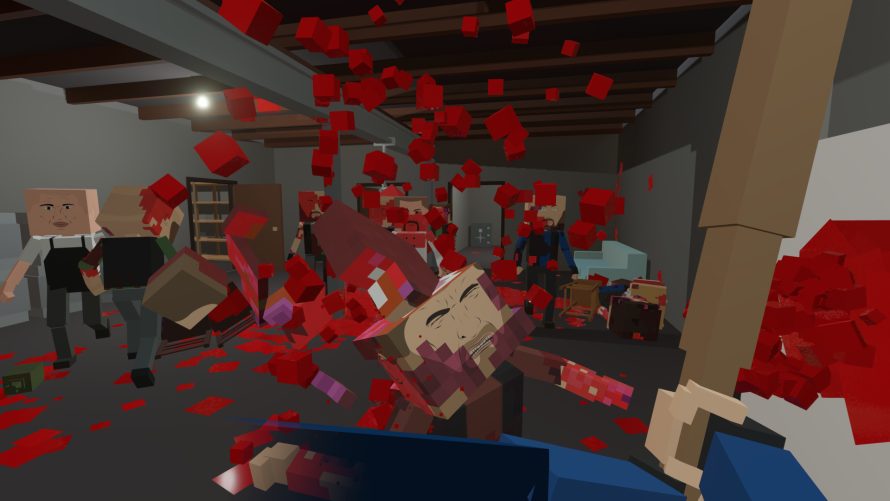 It’s (almost) time to go nuts, as voxel-based melee brawler Paint the Town Red is getting ready for its departure from Early Access and at the same time, introduce console players to the gory experience that’s sold well over 400,000 copies since its initial release back in 2015.

Bottles, barstools, shotguns, and lots of other makeshift weaponry are at your disposal as you go about laying waste to, well, anything that moves, really. Based on the trailer at least, I’d say everyone you come across is bound to be hostile, so don’t think twice about slicing them in half or blowing a few limbs off. With more than 200 weapons to choose from, proper variety is pretty much guaranteed.

Ain’t all about simply beating the ever-living crap out of voxelated enemies either, as different modes really mix things up. If roguelike mechanics are your thing, Beneath is the go-to, what with its undead terrors, eldritch horrors, class-based system, and all. That said, I’m sure some would rather just, you know, fight, fight, and then fight some more. For them, it’s off to Scenarios, which is a kill-everything-no-questions-asked mode. Good stuff. There’s also an endless mode called Arena, which, well, I suppose this one’s self-explanatory.

Not really feeling the base setup? Fire up some modifiers then to truly embrace the chaotic nature of Paint the Town Red as you, say, “enjoy a slow-mo disco demolition night with an authorized SUPERHOT mode”. Definitely can’t deny the appeal of that and on the topic of customization, the PC version comes with a built-in level editor as well as Steam Workshop support, enabling players to create and share custom levels, texture packs, and music packs. Oh, and online co-op for up to four players. Groovy.

So, who’s ready to find out just how much blood a voxel-based entity contains?