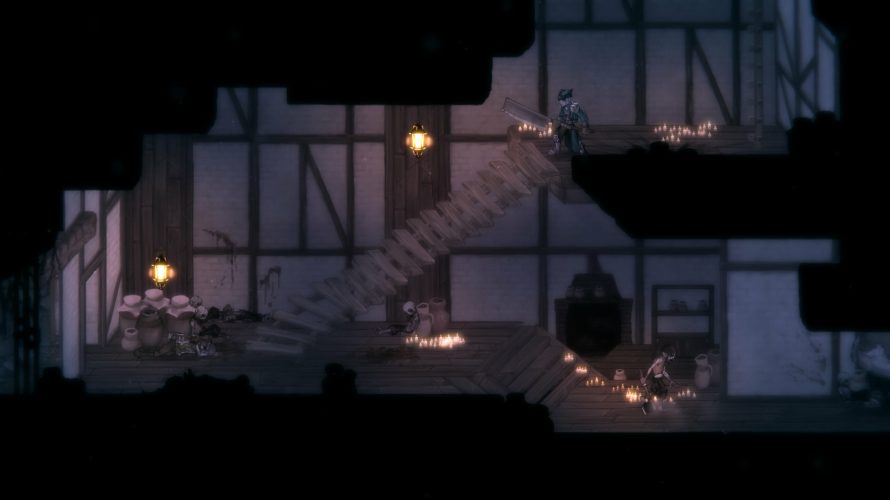 The more things change, the more they stay the same. Or so they say, but in Salt and Sacrifice – follow up to 2016’s Salt and Sanctuary – quite a bit has in fact changed. Unlike its precursor, which saw you shipwrecked on an uncharted island at the beginning, here, you find yourself in the Alterstone Kingdom, a criminal captured and tasked with the hunting of wicked Mages. And you better believe that’s not the only new tidbit…

But first things first – why is the protagonist a Mage hunter? Well, that part about being a criminal, yeah? Here’s the thing: in the Alterstone Kingdom, lawbreakers either become Marked Inquisitors who devour the hearts of Mages or… face immediate execution. Given the choice, I would personally have opted for Mage hunting too, whether it be as a Highblade, Paladin, Assassin, Cleric, Dualist, Fighter, Ranger, or Sage, as all will likely be able to dish out some serious punishment in one form or another. If Ska Studios’ previous titles are anything to go by, yeah, you’re going to need every advantage you can get in this one.

Most opt for execution, but a brave few choose to live life in penance as Marked Inquisitors. These wandering wrongdoers hunt wicked Mages, devouring their hearts to prevent them from terrorizing the Kingdom any further.

Not until you’ve gone through the Magebane Rite though, after which eerie villages, tomb temples, and swamp kingdoms await – either alone or with a friend in drop-in drop-out online co-op, a new feature in Salt and Sacrifice. Certain aspects remain unaltered, however, including the signature hand-drawn look and Souls-inspired gameplay. Each excursion begins at Pardoner’s Vale, a hub area of sorts, and from there you’re off to annihilate one Mage after another, Pyromancer, Venomancer, and Corpumancer alike.

Their remains can then be pillaged for materials with which Runic Arts enable equipment crafting, ensuring your Inquisitor will become ever more powerful. Oh, and you’ll definitely find a use for great strength in multiplayer, should you decide to join the player-killing Shroud Alliance. All that said… do you (still) think you have what it takes to face the most deadly denizens of the Alterstone Kingdom in Salt and Sacrifice?