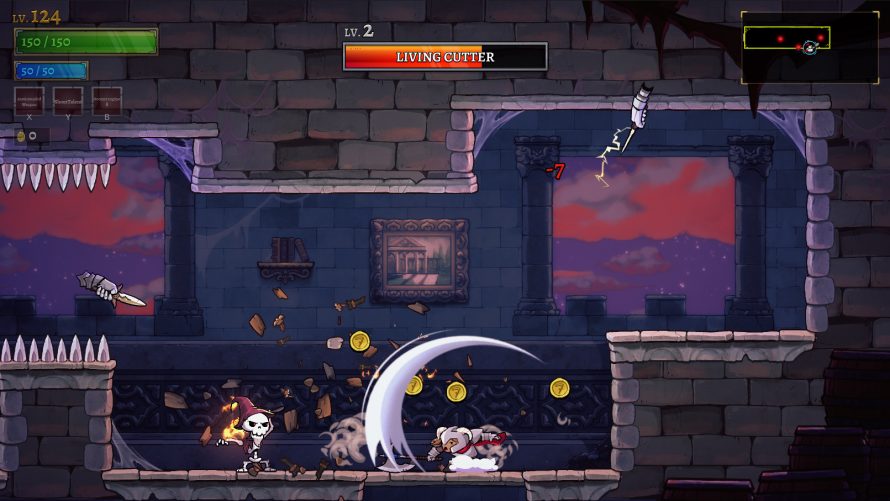 Ah, Rogue Legacy. One of few games in recent times that took the roguelike (or roguelite, I suppose) concept and turned it on its head, adding a genealogical aspect. See, not only were level layouts randomly constructed, but future attempts at victory actually relied heavily on your legacy, and in more ways than one. Upgrades persist between deaths, but the characters available upon respawning? Why, those are your sons and/or daughters, each with one or more unique traits. While this is also the case in the sequel, Rogue Legacy 2, much is still new. So much. Oh, and its release has been delayed.

Fret not, however, for its launch into Early Access has only been delayed by mere weeks, meaning Rogue Legacy 2 will be hitting that section of Steam on August 18. So first of all, why the delay? Well, as stated in this here post, they “just need a bit more time to get it in a state that we’re truly proud to display”, which is perfectly fine. Especially considering the sheer volume of titles that jump into Early Access and start asking for money… with a product clearly not even remotely ready for public evaluation. Which brings me to the next question that’s likely on everyone’s mind whenever they hear about a game taking the Early Access route: why? Simply put, they’re looking to get as much feedback from the community while tweaking, polishing, adding, and removing content, ahead of the fabled 1.0 release. It helped shape a much better version of the original Rogue Legacy, so might as well try again for the sequel, ya know?

On top of new abilities, classes now have weapons that completely alter how they play. Rangers use bows, Lancers have multi-directional swings, and chefs throws ladles. Just more everything.

So, with that out of the way, what’s new (at the time of writing) and exciting in the sequel? Plenty! Some of it is even immediately noticeable in the form of art changes; or in more technical terms, “2.5D stylings, with 3D characters against hand-drawn backdrops”. Groovy stuff, for sure. Ah, but of equal importance is biome generation, and this too has been overhauled with a claim that they’ve managed to make “each area in RL2 feel completely new”. Yeah, we’ll see about that! Now, while other fun things are also on the menu, the biggest thing for me, personally, is the ‘Off-shore Banking’ mechanic. I often hit a progression wall in the original, so here’s hoping they will succeed in turning that feature into a remedy of sorts in the sequel. Time will tell.

Speaking of time, seeing how Rogue Legacy 2 will be hitting Early Access on August 18, 2020, it should be pretty obvious that it won’t also hit 1.0 this year. The plan is to have it ready at some point throughout 2021, however, game development gods – and other elements of random interference – willing.