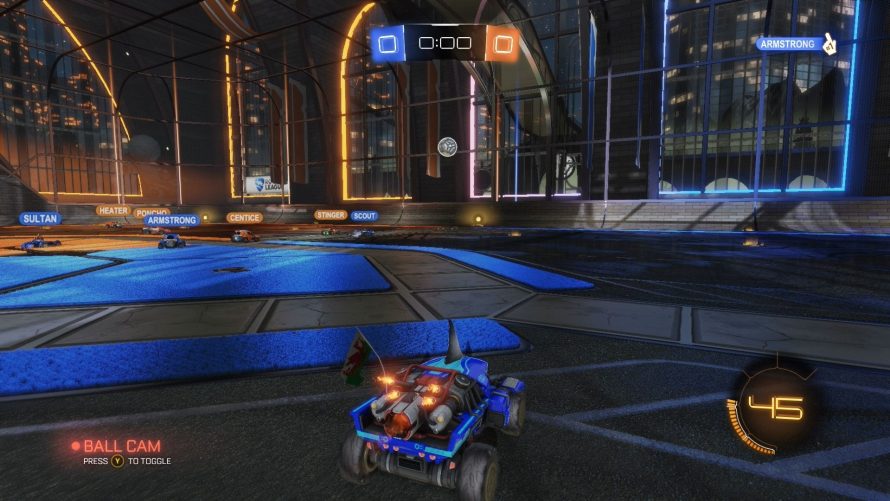 Had someone told a year or two ago that a game would soon exist, in which two teams played soccer in RC cars, I’d likely have snickered and walked away. Yet here we are, Rocket League being not only a thing but an incredibly popular (and awesome, based on personal experience) one at that. So much in fact, that it’s about to become… an eSport! Incredibly groovy.

2v2, 3v3 or 4v4 – doesn’t matter. So long as there are cars on both team, there’ll be craziness on whichever field the current match is being played. Rocket League is both a ton of fun to play and also a sight to behold. RC cars of different shapes and sizes will be power-sliding, riding on the walls (or ceiling), and even flying through the air, as well as other acrobatic craziness. Why? See that’s the one thing it has in common with soccer: to send the ball into the opposing team’s net. No penalties, corner kicks or other such nonsense here though.

Although given the popularity of this particular game, I’m sure you know what’s what already. What you probably weren’t aware of, is the fact that Twitch has just partnered with Psyonix (the creators of Rocket League), to ensure Rocket League Championship Series will become a thing. Ain’t far off either, as registration for the open qualifiers goes live on March 25, kicking off the first of (hopefully) many three-month seasons of 3v3 carnage. Note: PC and PS4 only (for now).

With a prize pool featuring a combined total of $75,000, there’s plenty of reasons to participate. Alternatively, you could lean back instead, enjoying the playoff tournaments over on http://www.twitch.tv/rocketleague.