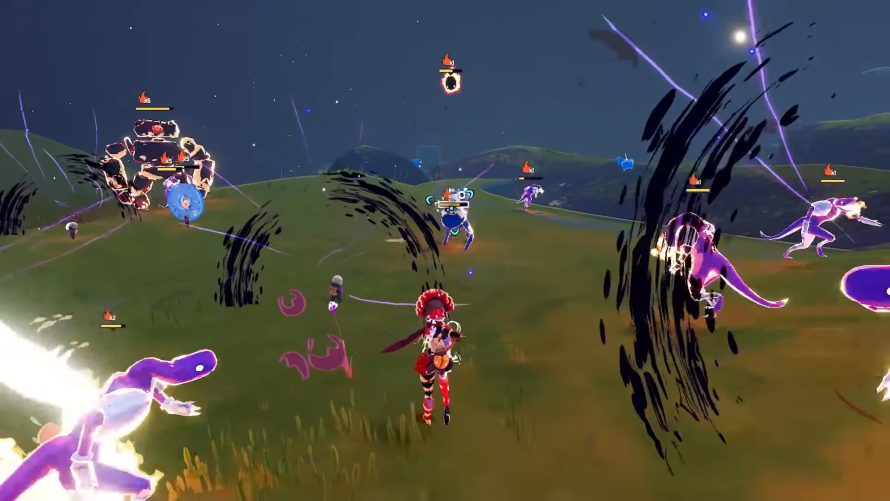 Little over a year ago, the much-anticipated sequel to 2013’s superb roguelike, Risk of Rain, blasted onto Steam, albeit in Early Access. While there are more than a few examples of games that spend well over a decade under that banner, Risk of Rain 2 actually managed that particular feat in little over a year. And what a year it’s been for the fast-paced third-person shooter, culminating in a massive launch update to properly celebrate its exit from Early Access. Groovy!

Colorful, crazy, challenging, chaotic, and absolutely amazing. That’s how I would describe Risk of Rain 2, were I limited to but a handful of words. While that’s (fortunately) not the case, given its 96% positivity rating on Steam with well over sixty-thousand user reviews, at the time of writing, I’d say it’s a game that doesn’t really need a lengthy introduction. So instead I’m going to point out a handful of highlights amidst the 300-and-change bullet points that make up its massive 1.0 update, starting with the fact that… there’s a proper finale now. Yeah, no more of that continue-until-you-eventually-die stuff. Boss fight, finale, credits – all brought with this patch.

Even better, a brand new survivor – the Captain – has joined the ranks! So why not combine the two for a noticeably different experience, wrapped up with the finale (unless you die first, of course)? There’s also new music, items, challenges, lore entries, and monsters. How about a slew of gameplay changes/balancing adjustments, while we’re at it, and more frequent 3D printer spawns? Phew. I suspect even hardened veterans will be required to take some time to get reacquainted with all the new/changed bits and bobs. Which is good, as it is, after all, very much set in its roguelike ways, encouraging experimentation and learning-by-doing. Oh, and it’s 20% off until August 18, 2020. No better time to grab a copy, invite a few friends, and experience the glorious mayhem that awaits in Risk of Rain 2. May your aim be steady and your victories numerous… Captain.

Note: the update is “coming to consoles in the near future”.