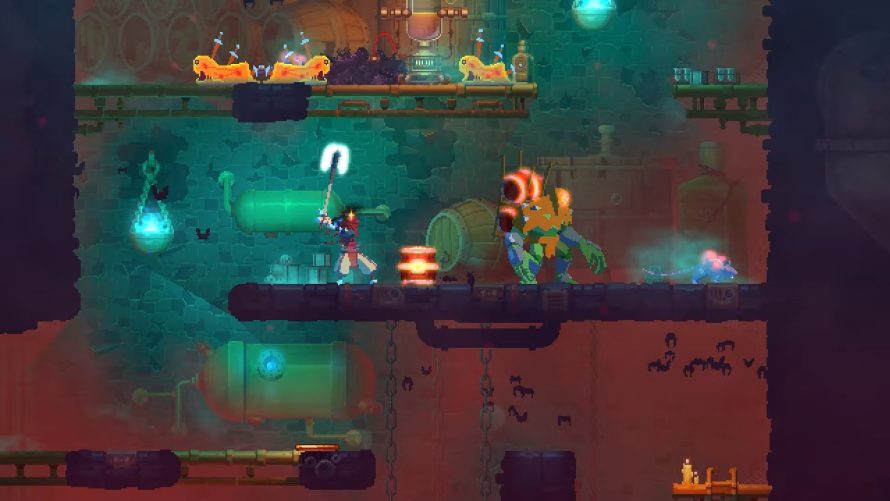 Barrels o’ Fun. What a strange name for the 20th Dead Cells update. That is what I would say, if not for the fact that they added explosive flippin’ barrels. These crazy (fun) things are found in a brand new biome, and if you time it right, the volatile suckers just might be used to your advantage. If not, well, hope you’re agile and/or durable. Kaboom!

Hard to believe it’s been almost two years since Dead Cells left Early Access already, and I dare say it has only gotten better. Even more so when they decided to add explosive barrels in this (very) recent update. Head on over to The Derelict Distillery, a brand new alternative path to High Peak Castle, to mess around with them, although I would strongly recommend keeping your distance from the huge fellas lugging barrels around. Unless you’re interested in a world of hurt, or better yet, capable of delivering a swift you-know-what-kicking to stop them in their tracks. Won’t know unless you try though. Just saying.

Interested in having Barrels o’ Fun (get it?) outside the new biome? By all means, grab the barrel launcher and start flinging bouncy rollers in the face of evil, wherever it/they lurk! While you’re at it, how about a semi-new soundtrack as you go about slaughtering demons? Yoann worked some magic and turned classic Dead Cells music into a style much closer to chiptune/8-bit, which is just pretty darn groovy if you ask me. Old-school is after all still the best kind.

Oh, and watch out for that mimic…

Dead Cells is available on Steam, Switch, PlayStation 4, and Xbox One.