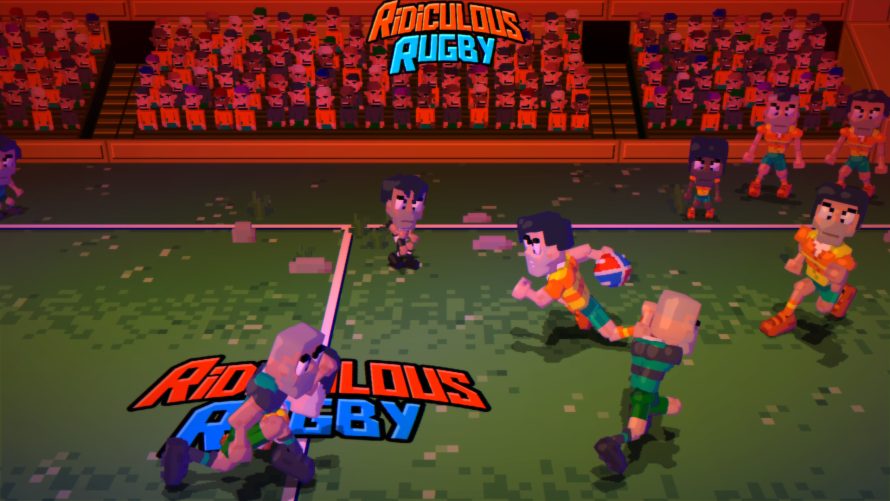 Last time I checked, rugby was, at its core, a game of skill and strategy; at times speed and brute force, sure, but mostly the other two. Something tells me that won’t quite be the case in Ridiculous Rugby, ragdoll-based physics throwing any hope for a realistic simulation of the sport out the window. Is that a bad thing though? Crazy, sure, but bad? Heck no! Up yours, realism.

Okay so the rulebook hasn’t been thrown entirely out the window, and maybe there’ll even be penalties for unsportingly conduct. Yeah. Maybe. I suspect many – if not most – players will be too busy laughing at the wonky chaos that’s bound to ensue from trying to actually play rugby, in this one, however. I certainly plan on doing just that. Not that I dislike the sport or anything, but you know, sometimes it’s good to simply let loose and partake in a far less serious iteration.

Sadly, multiplayer is limited to local (likely further restricted to split-screen) battles, either on the same team or against one another. Oh, as you’ll likely forget amidst all the carnage of running, jumping, kicking, tackling everyone else… a match is won by scoring points, not by bruising the opposing team as much as possible, however fun that might seem. Each match will last but a minute too, so better be quick about that ball handling.

Ridiculous Rugby will be on Steam come February 26.