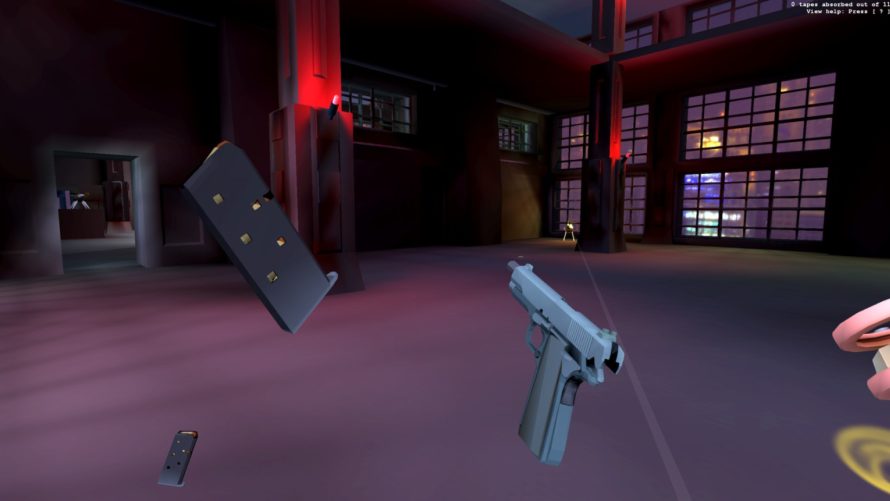 Forget everything you’ve been taught by the likes of Call of Duty and Battlefield. In Receiver, guns are pretty much as complex as in real life; none of that one-button reloading nonsense, for starters, and the complexity of gun handling here is an undeniably big part of why it’s such a great game. Shame you’re limited to a meager handgun. Or you were at least, until the recent Steam Workshop addition!

Randomly generated levels and “unordered storytelling” sure makes for an interesting and unique experience in Receiver, but like so many other titles, this too improved with the possibility of user-created content: tilesets, tapes(!) and of course, guns. Guns. So many guns. As shown in the video below, shotguns, rifles and even a nerf gun are already available, courtesy of an active community. Personally, hoping for a water gun… of sorts. Although I suspect that wouldn’t really work in this kind of shooter. Oh well.

Considering we’re talking about a game from 2013 here, it’s pretty impressive that its creator is still supporting it to this extent – even more so since its sequel, Receiver 2, was released earlier this year. Ain’t complaining though. I love when old/aging titles get an update out of nowhere; especially when it’s to add Steam Workshop support! So kudos to Wolfire Games.