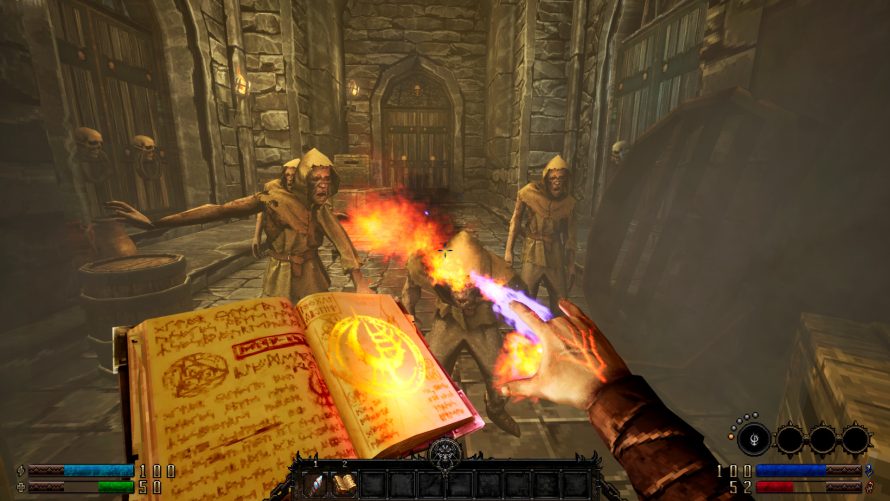 I don’t know about you, but I am absolutely loving all these indie multi-game events/stream collaborations, and now 3D Realms want in on the fun too with their recently announced FPS-centric Realms Deep 2021.

Kicking off on this year’s only Friday the 13th – which is to say, in August – Realms Deep 2021 will run the entire weekend, ending on August 15, 2021, with world premieres and special guest appearances throughout. How about a special Steam sale too, and a bonus Twitch stream on August 14 at 10:00 AM PDT? So much stuff!

Those ‘world premieres’ will be joined by updates on fan favorites, the number of games featured well over a hundred, ranging from small solo developed titles to ones from 3D Realms themselves. With both GRAVEN and WRATH: Aeon of Ruin still in Early Access, chances are there’ll be news regarding the future of those during Realms Deep. But what about Ion Fury’s upcoming Aftershock expansion, or Ivar Hill’s System Shock-inspired Core Decay? I bet ya those will definitely also be making an appearance.

Curious as to which other developers/publishers might get a chance to shine during Realms Deep 2021? Well, Slipgate Ironworks, Devolver Digital, 1C Entertainment, Running with Scissors, New Blood Interactive, and HYPERSTRANGE have all been confirmed… alongside plenty of others.

Oh! We mustn’t forget about “The Vault”, as its contents will unlock over the course of the weekend, one door(?) at a time, bringing about talks, interviews, keynotes, lessons, and discussions – all focused on the first-person shooter industry. And of course, last but not least, merch, the proceeds from which will go to Child’s Play. Groovy.