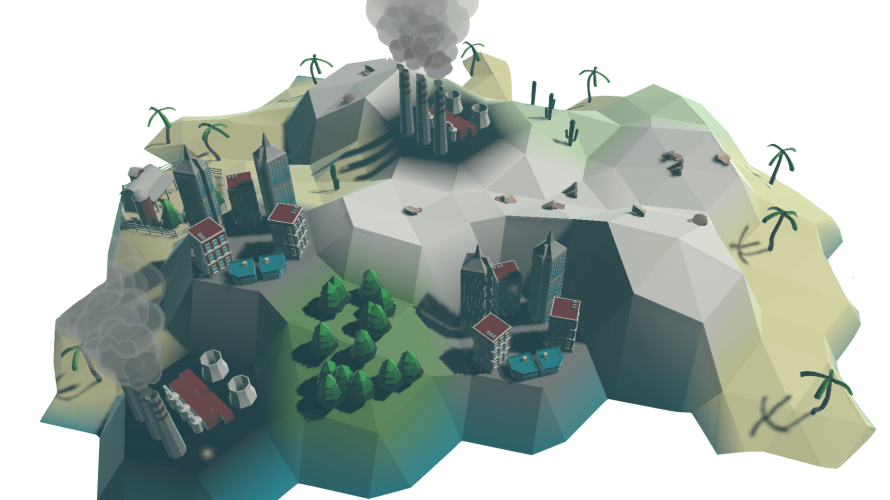 Can you make something? Well, of course you can, but… can you make something that makes something? Because then you’re all set for PROCJAM, a jam with a focus on just that: making something that makes something. Too obscure? Essentially, what’s on the menu here is ‘procedural generation’ – content created from an algorithm, basically. Oh, and this edition of PROCJAM comes with a summer twist (of sorts)!

Before you get started, keep in mind however that what you make for PROCJAM Summer doesn’t even have to be a game. It can be anything, long as it, well, makes something. Like, say, an empty canvas that fills with doodles based on parameters you throw at it (get it?). Ah, too artsy? Okay, then… how about a story that writes itself? Or maybe I’m not thinking far enough outside the box, because as the host puts it, “a Twitterbot, a videogame, a dice table, an artwork, anything you can think of”. Yeah. The sky is literally the limit here.

Some people submit complex works of art that they needed decades of experience to create. Other people submit their very first procedural project here. Our community is friendly and welcoming, and we’re excited to see everything that you make!

Now, unlike most jams, this one’s dates aren’t set in stone, so much as put there to tell ya when other people are more likely to be jamming because socializing! No? Alright then. It is still the time to keep a watchful eye on social media though, see what other participants are making, courtesy of the #procjam hashtag. Just saying.

In closing, how about that sun, eh? I mean, summer is finally upon us, and as such, I would recommend that you pick a theme from the above for your creation (yay, ice cream!). Officially, PROCJAM Summer will be running from June 16th, 2018 at 1:00 am to June 25th, 2018 at 12:59 am, but as I mentioned earlier, those dates are not set in stone. So… get ready to make something that makes something with something and something. Or something.