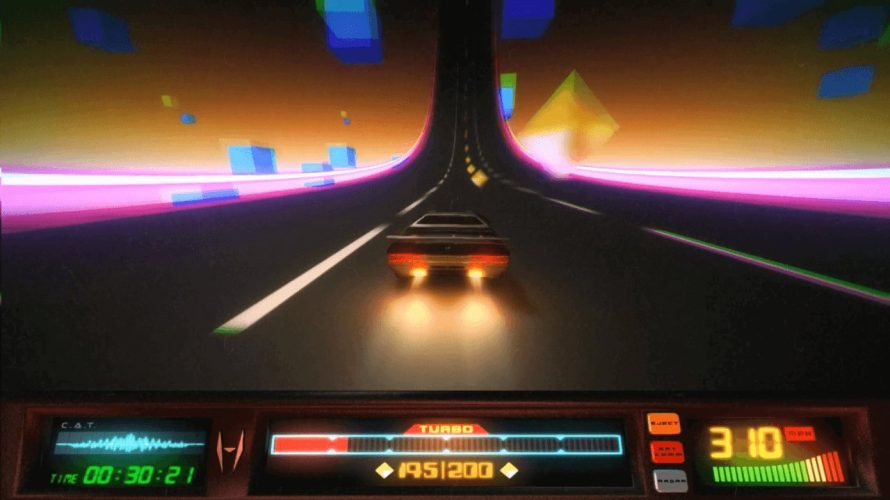 It’s time to put the pedal to the metal like it’s 1986 (again), in upcoming arcade racer Power Drive 2000. First, you drift, drift, and drift some more, to then hit that all-powerful boost, blazing past the competition, leaving them clueless as to what just happened or where you went. Fast-paced fun in its purest form, complete with a talking car, because why not?

Although depending on which mode you choose to play, chances are there’ll be more to it than simply going as fast as possible. Collector, for instance, adds diamond collecting, while Vaporizer is for those seeking an insane challenge – hit even a single laser fence, and it’s game over. No checkpoints. Or how about Gauntlet, which plays more like a traditional runner? Variety is definitely plentiful here. Oh and there’s multiplayer too, both online and local, as well as leaderboards with ghosts to challenge. Groovy.

Power Drive 2000 is an arcade racer set in the year 2000…the future!  Get behind the wheel of a technologically advanced space-age sports car and tear it up as you battle to become A-number-1!  The game features many unique and thrilling game modes set in a 1980’s cinematic scf-fi world and boasts a totally radical Synthwave soundtrack!

Now, according to its creator, Power Drive 2000 simply won’t happen, unless its Kickstarter campaign is a success. With 23 days on the clock and $6,864 (note: CAD, not USD) of $45,000 pledged, there are still ways to go, but also ample time left to reach the finish line. 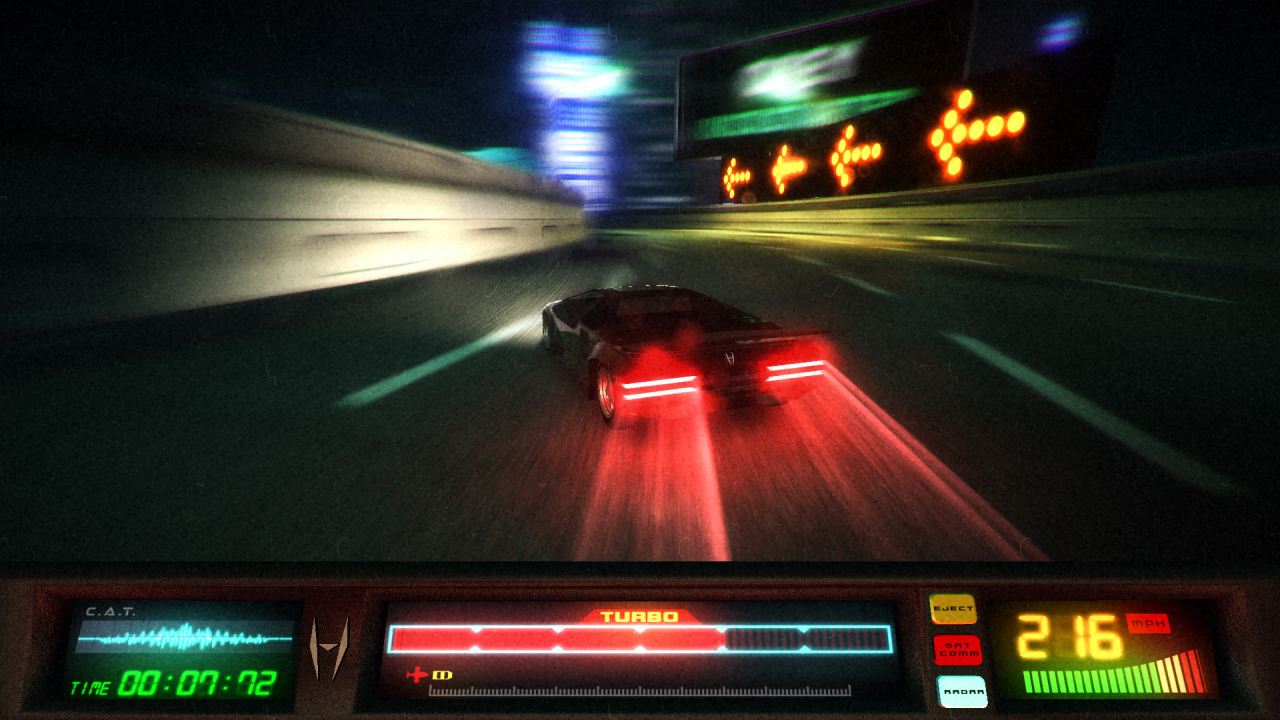 As for its tiers, $12 lets you pre-order (Windows, Mac, Linux) the game, which is set for release at some point in May 2016. Cranking it up to $24 adds early access to beta builds while going way beyond what most would and pledging $730, lets you create a  “personalized in-game animated billboard”. Not a bad way to leave your personal mark on the game, albeit a costly one.

So what say we get Power Drive 2000 through Kickstarter and Greenlight, eh? Remember, your vote (and support) matters!