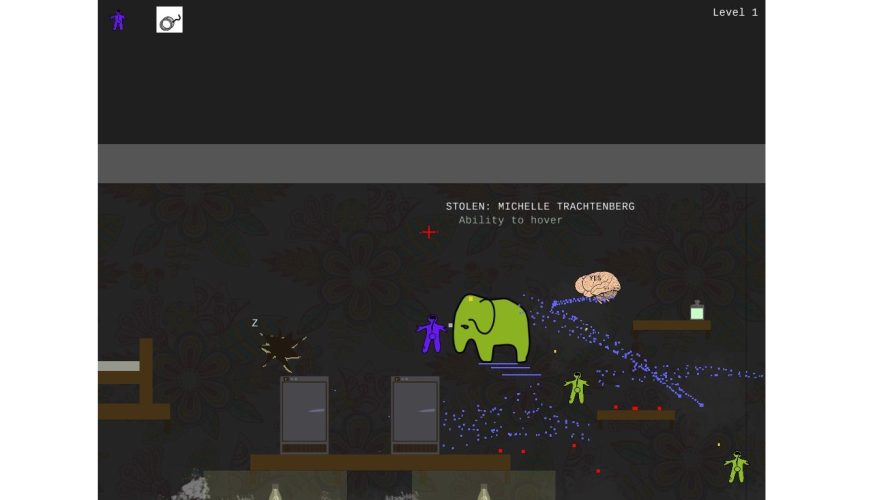 Seeing how Patent Blaster was released less than a year ago, I find this decision to be rather odd. But done is done, and hopefully, someone will be able to use the assets and craft something equally entertaining with them!

In a post on Reddit (/r/gamedev), David Stark describes his own game as “highly unsuccessful, but not universally disliked”, going on to claim that it’s “a bunch of fairly straightforward Java code”. As you can probably tell from my impressions piece, I’d say he’s being far too negative. Not that I have any experience with Java, but as for the game itself – I just don’t see it being unsuccessful.

I mean, a few moments on Google brought two rather positive articles to my attention: one on IndieGraph and another on CalmDownTom. But it’s a common fact that fans don’t always agree with the critics – especially when it comes to video games, so maybe it’s not so much a lack of positive feedback, as it is poor sales? People only have so much free time (and/or money), which makes for an incredibly competitive market. One where first prize is, well, getting someone to invest in what you’ve made. From what I’ve seen and heard, this is anything but easy; even more so when it’s not exactly a “mainstream” title.

But isn’t that what’s so great about most indie games? That’s how I see it at least. Sure, there are also uninspired titles and clones amongst them, but for the most part… indie developers seem willing to take a chance and be creative, freeware or not! Some might say that Patent Blaster is too different for its own good, but I say it’s just the right amount of zany.

Keep in mind that even though the code, audio, and pictures are now open source, the full version is still $5. Seems fair to me! Generosity only goes so far, after all.