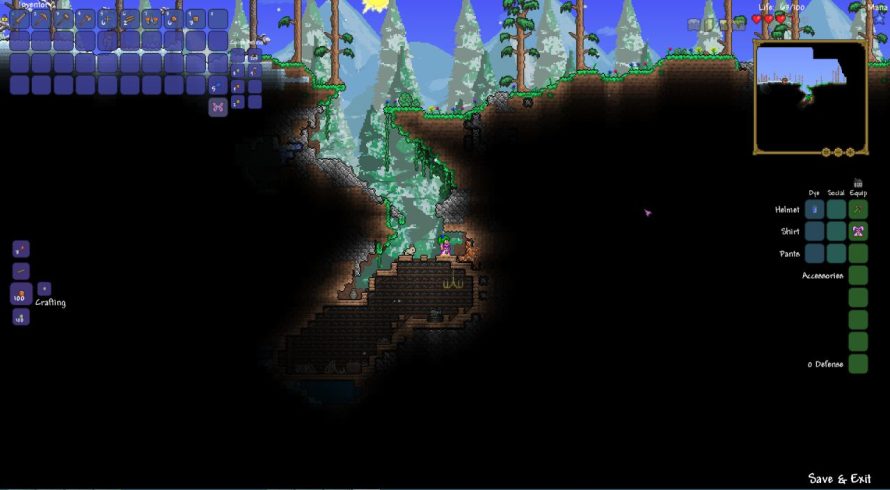 It’s been a long time coming. So long in fact, that it’d surprise me if more than a few hadn’t given up hope by now. But the fabled day is upon us, and since this is the last major update, Re-Logic decided to pull out all the stops and believe me, it shows.

Having spent a few hours earlier playing Terraria 1.2, I can safely say that the amount of new features, tweaks and other additions in this update is nothing short of staggering. Heck, it was almost like playing a brand new game! Enemies have health bars, the crafting menu has received a much-needed overhaul, mana crystals only require half the materials to craft, and… my goodness. At the risk of sounding like a crazed fanboy: BEST PATCH EVER!

Ain’t all about tweaks and changes either, as a crazy amount of new items, ores, ammunition types, and more, have been thrown into the mix. Want an item that enables you to change biomes? Done! Oh but there’s a catch: it only exists in hardmode. Also, with more than a hundred new enemies, ensuring that your equipment is up to snuff is vital; unless you feel like getting chopped to bits? Didn’t think so. As such, I have a feeling some of the 1000+ new items are weapons, regular and magical alike, meant to prepare you for upcoming challenges like, oh I don’t know… maybe the four brand new bosses?

Actually, how about I just list my (other) Terraria 1.2 highlights below? If you feel like reading about the rest, here’s the complete changelog. Got it? Alright, let’s rock ‘n roll, and don’t forget to check out the update trailer at the bottom.