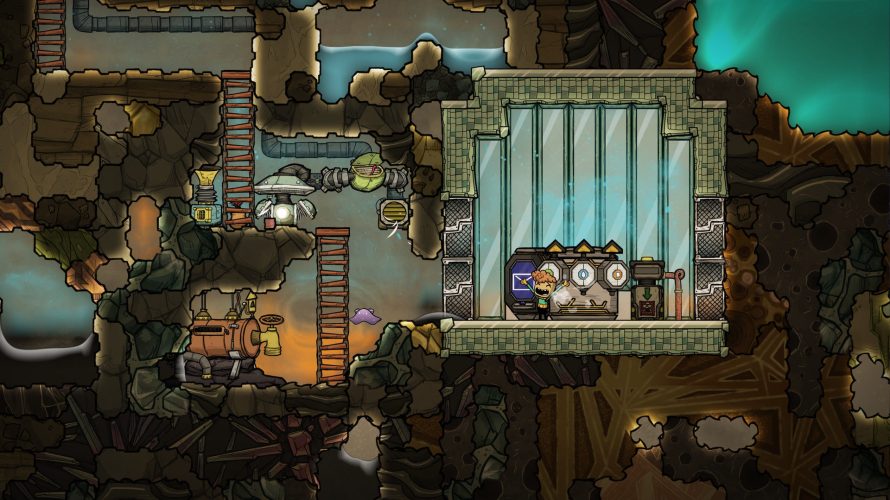 It’s time to, as the title clearly states, boldly go where no Duplicants has gone before, as Oxygen Not Included aims to colonize the deepest parts of the unknown in Oxygen Not Included: Spaced Out!. Whether they survive or thrive, as you attempt to juggle multiple worlds depends (almost entirely) on your ability to manage… well, everything!

Much like in Klei’s other survival-centric affair, Don’t Starve (and its multiplayer counterpart, Don’t Starve Together), you’re put in charge of a multitude of aspects in Oxygen Not Included, and you better believe this DLC adds to the complexity. Did I mention juggling multiple worlds? Right. Okay then. Because that’s totally a thing in this here expansion, Early Access or not.

Nothing new there though: as noted in the Early Access infobox, “Klei has used Early Access for all of our games since Don’t Starve started back in 2012. We strongly believe that developing a game with the help of an audience leads to a better game!” Besides, we aren’t looking at a multi-year Early Access period here – just “somewhere around 3-6 months”, and while there are bound to be bugs unsquashed, at least the experience is playable up to mid-game. Again, better than many other titles with that ‘not done yet’ tag (Early Access).

The Duplicants are back again, and this time they’re ready to rebuild their colonies from the mysterious remains of a planet torn asunder!

Now, as to what you can expect from the DLC, how about a slew of new biomes, tech to research, and resources to mine? Essentially, a lot of work for those poor Duplicants, but he does not work does not eat, ya know? Ah, you’ll also be able to make some ‘fuzzy friends’ while exploring the vast reaches of space with a lovely overhauled Starmap. So… what are you waiting for?

Oxygen Not Included – Spaced Out! [Early Access] is available on Steam, carrying a $12.99 price tag.