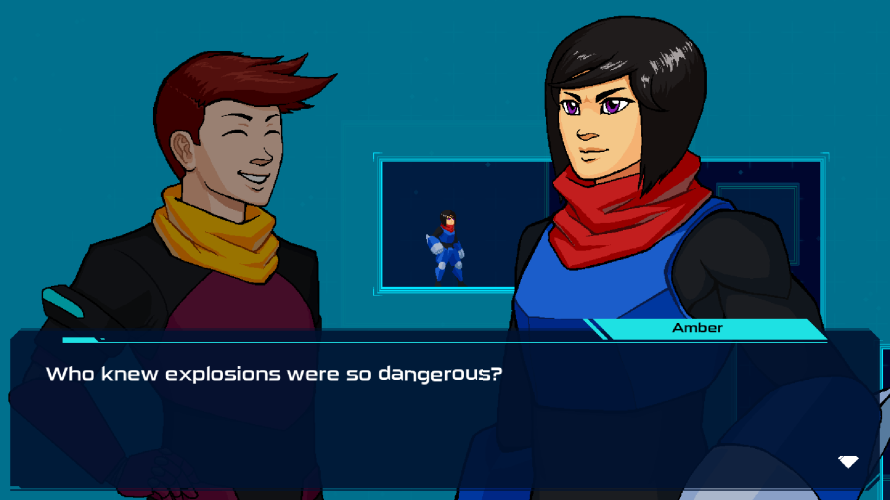 When her city suddenly comes under siege by a nasty computer virus – one that “amplifies negative emotions and augments physical strength” – Amber sees no alternative but to take up arms as a vigilante in Overclocked, fighting the good fight. But while this agile girl is more than capable of kicking ass on her own, dashing through the air to make robots explode and dodge laser beams, she’s by no means alone. Or rather, there’s a whole crew working behind the scenes, even if in each level… she is very much alone.

All alone against all sorts of deadly robots, lasers, tricky platforming, and in a world where even a single hit will send her (or the player, I suppose) back to the beginning of the current level. Hardly seems fair, now does it? Having spent a good hour playing the game, I’d actually say the odds are stacked in her favor if only slightly, courtesy of various… abilities.

From double jumping to a rather destructive dash, Amber’s definitely got all the tools she needs to get the job done, and since the experience provides a groovy blend of fast-paced platforming and combat, it’s a good thing the story begins with a proper tutorial. One which, step by step, introduces the player to each ability: double jump, wall climbing, dashing, a strange EMP-y move, and so on. Just the right amount of things to remain enjoyable, without feeling overwhelming. 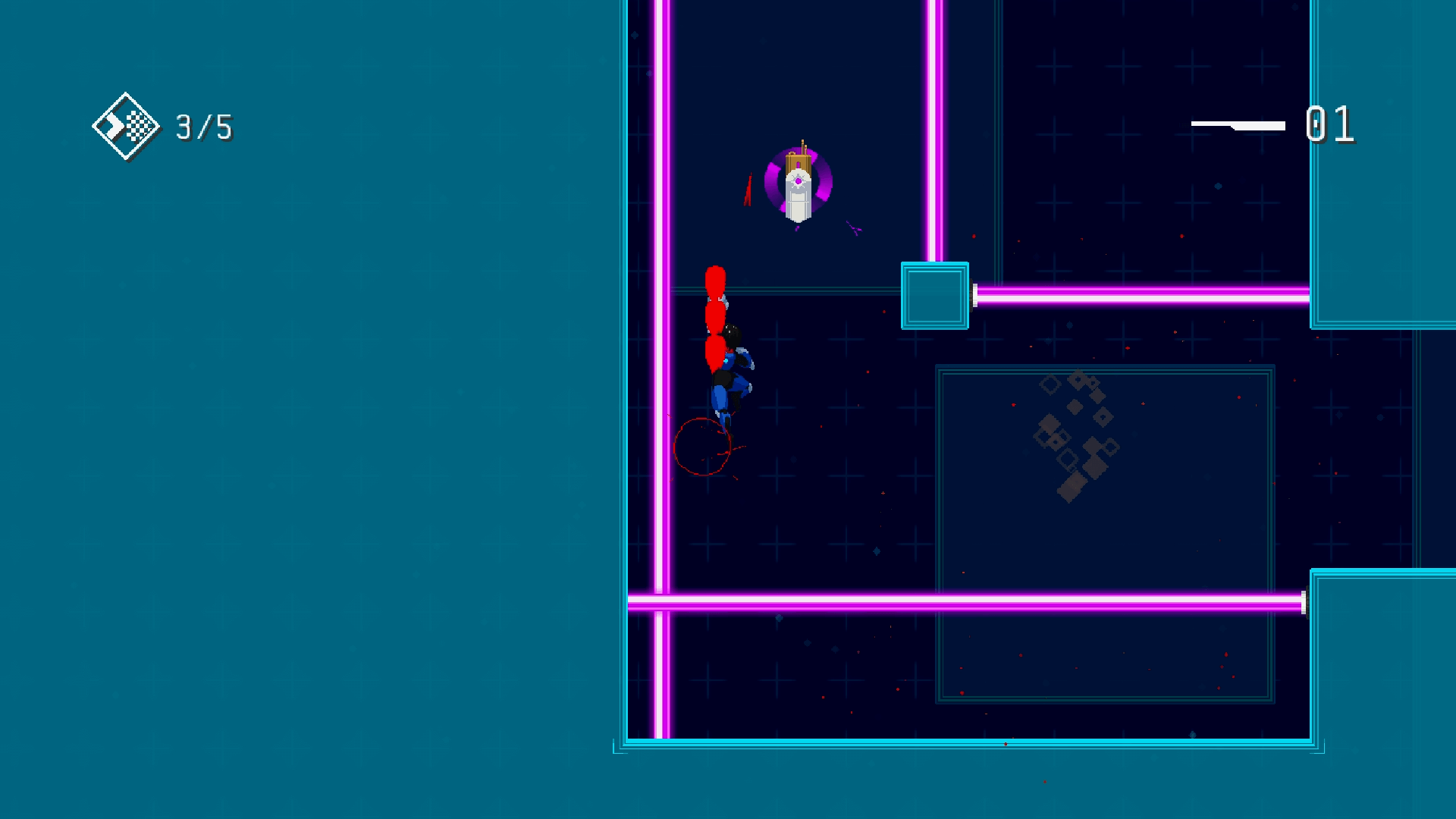 Oh, and seeing how the dash recharges upon smashing an enemy, well, let’s just say there’ll be times when you have to think fast to avoid contact with lasers. Yeah. Definitely not one for those with slow reaction times as the best – not to mention safest – way is, by far, to keep Amber moving at all times. Might mean restarting the level a few times due to unforeseen incidents though, but in my experience, such is well worth the extra time spent until you can simply blast through – almost like a genuine speedrunner.

That is to say, until the next level starts, following a bit of story progression, at which point everything old is new again. It doesn’t exactly hurt that the levels I played prior to writing this piece (tutorial, the first world and a bit of the second) were mercifully short and easy enough to figure out; far as actually executing said plan once laid, now that’s another matter entirely. Probably why Magnesium Ninja, its creator, implemented near-instant restarts upon failing, ya know? 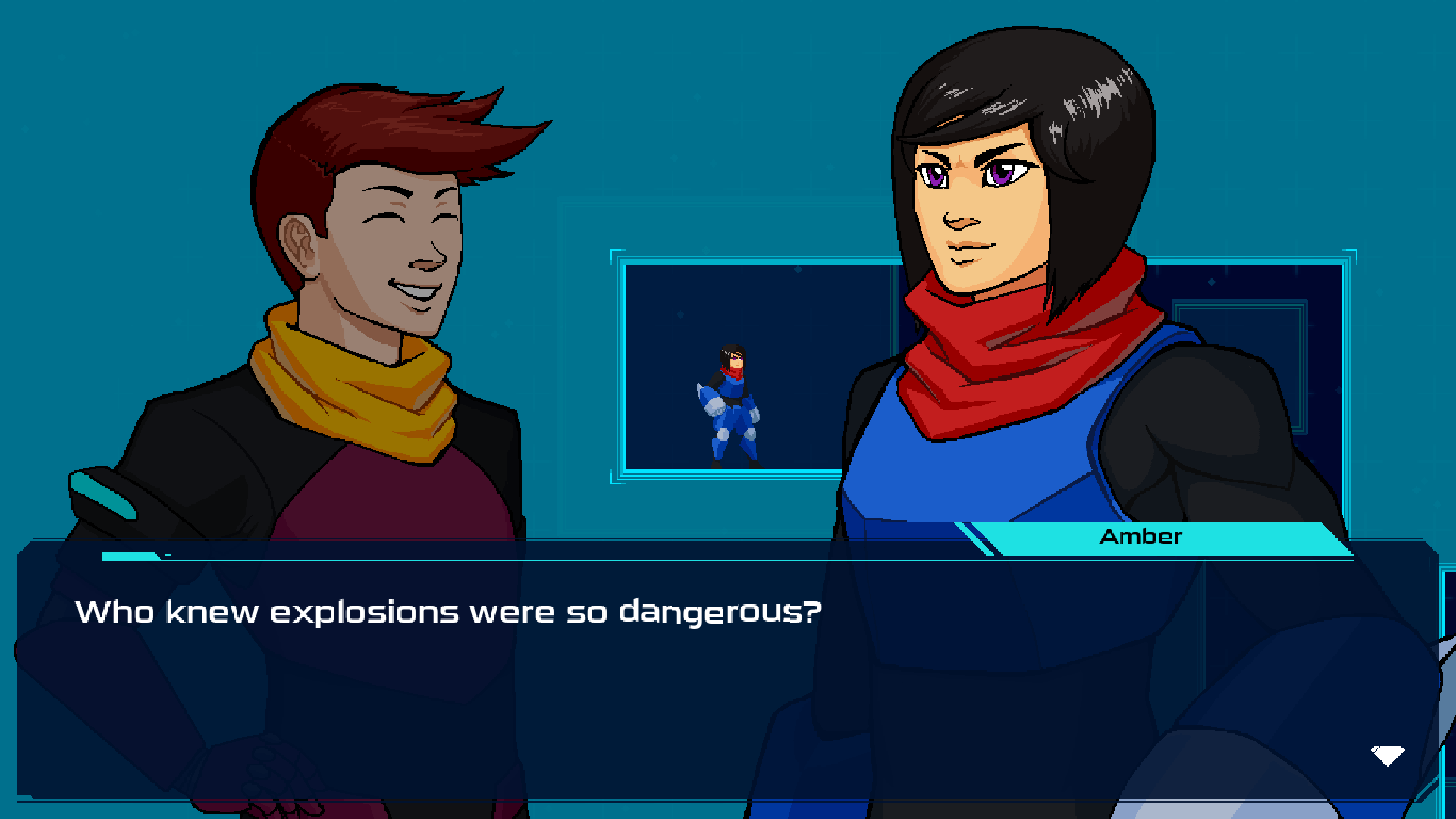 On the topic of challenge: while some, such as myself, might find more than enough in simply clearing the levels, getting to experience the story (which can be ‘disabled’ by activating Speedrun Mode), those far more dedicated have not been forgotten. See, by completing the bonus objectives in each stage, “brutally difficult challenge levels that will put even the best players to the test” can be unlocked. Levels I’ll likely only ever get to witness on YouTube/Twitch, but eh, they’re there for those more skilled than me, and I can still most certainly appreciate that.

With a move set that allows for genuinely fast and fluid precision platforming and turns each level into more of a mad dash through a puzzle than anything else… Overclocked definitely surprised me (in a good way) – especially given its complete lack of a price tag! Quite a decent chunk of content too on top of an interesting story, what with its bonus levels, speedrun mode, and even leaderboards. An easy recommendation for not only platforming aficionados but also those who enjoy a challenge that – in the first two worlds at least – manages to maintain fairness.

Overclocked is available on Steam, for free.