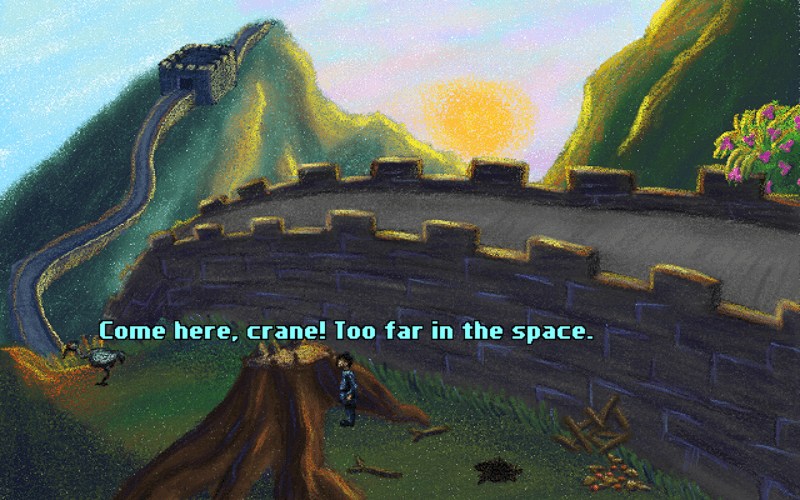 For some reason, I’ve always thought MAGS was the only popular Adventure Game Studio (AGS) competition. Turns out, I couldn’t be more wrong, as One Room One Week (OROW) also attracts a lot of attention. And why shouldn’t it? A competition that has aspiring developers make a game with just one room, within a single week, is… well, it’s restrictive, but at the same time, a potentially great way to force outside-the-box thinking.

One room, one week, one game. It’ll be challenging, no doubt, but what’s the point in making a game if it’s easy – right? Okay so some might prefer that, and good for them. As for the rest, I’d say jump right in and get to making something pointy and clicky with the lovely Adventure Game Studio engine. Ironically, there’s also (approximately) only one week left before the next OROW kicks off!

In case you’re wondering, no, you will not be able to start ahead of time, as on top of the other rules, this time… there’s also a theme. Needless to say, it will not be announced before the week of OROW 9. Speaking of rules, they are as follows: the game must be made using AGS, have only one playable room/locale (although cut-scenes etc. can take place outside this area), teamwork is allowed, and last but not least, entries must be submitted anonymously. As far as pre-made content goes – any public source is OK, so long as you’re transparent about it.

The OROW competition is a very simple competition were you make a game that is one room big in just one week. This competition has in the past proven what the members of this community are capable of, and it will be interesting to see what comes of this.

As for the theme, it will be announced “on midnight GMT between the 23rd and the 24th of August”, and the competition itself will run until the 30th. So not exactly one week, but you get the picture. Following that, there’ll be… voting! It is, after all, a competition, and submissions will be rated as follows: best game, best concept/script, best graphics, best music/sound design, best scripting, best interpretation of the theme and last but not least, worst abuse of the theme. Remember, one room, one week, one game!