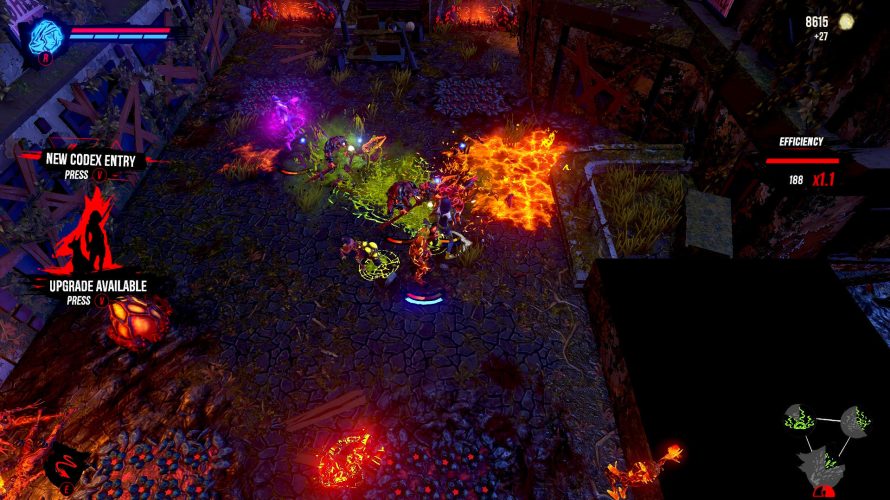 Heaven and Hell. Undeniably a war for the ages, and one that may actually never conclude. Unless a certain Vanessa Held (aka. Obey Me‘s protagonist) and her companion Hellhound, Monty, gets to messing with the balance that is. By beating the ever-not-really-living crap out of demonic hordes, becoming increasingly more powerful through… well, the consumption of souls. Nom nom.

I know it’s a bit of a cliché at this point, but it really is rather dangerous to go alone in Obey Me, which makes the local co-op inclusion all the more perfect. That and laying waste to everyone and everything that for some reason or other decides to stand in your way is undeniably more fun with someone else along for the ride: twice the you-know-what-kicking potential means twice the corpses and souls to harvest in the same amount of time it would take you by your lonesome. Just saying.

Embark on a journey in city fraught with peril, slashing, kicking and biting your way through hordes of foes, consuming their souls to unlock new combos, skills and transformations.

Oh, and Monty transforms – if fed enough souls. Come to think of it, the game should just be called Soul Me, seeing how it’s so much about, well, souls. Souls this, souls that. It’s almost like it’s a currency in whatever strange realm Obey Me takes place. In a way, I suppose it actually is, seeing how it’s used for all kinds of upgrades and enhancements. Guess it’s time to shape up on those harvesting skills because this here duo of misfit demons is going to need all the help it can get to get the job done. Even with outside help (local co-op, remember?).

As for what else is going on in this fun looking soon-to-be-released brawler… well, why don’t you give the trailer below a glance?

Obey Me will be on PlayStation 4, Xbox One and Steam April 21, with a Switch version “coming later this year”.