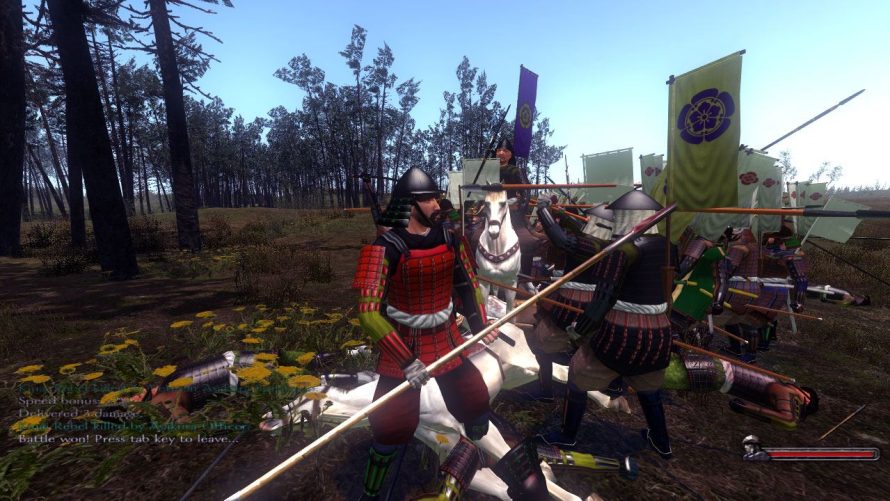 As far as medieval warfare goes, in spite of being four years of age, Mount & Blade: Warband is still among the most popular. Don’t believe me? It’s a good thing the game is free on Steam this weekend then. Not that you’ll be able to experience everything on offer before it carries a price tag once more, mind you. There’s just so much to do, from plundering villages to waging massive wars – all in the name of… conquest!

Although since the ‘playing now’ numbers on Steam currently reads in the tens of thousands, I guess at least some of you are already aware of how much fun the game can be. That said, I have a feeling at least 10-15% of that lot are people hard at work, either testing creations from the newly added Steam Workshop, crafting their own mods, or perhaps porting existing ones (of which there are a LOT).

Then again, maybe not, because at the time of writing, it contains less than 10 submissions. But I’m sure that number will increase over time, especially in light of the game now being available on Mac and Linux too. Based on user feedback, it seems Mac support is a tad buggy, however, so Apple users may want to wait for an update or two before jumping into multiplayer and/or modding. Just saying.

In a land torn asunder by incessant warfare, it is time to assemble your own band of hardened warriors and enter the fray. Lead your men into battle, expand your realm, and claim the ultimate prize: the throne of Calradia!

While vanilla Mount & Blade: Warband is entertaining and all, there are mods so massive, they change so much, the entire game almost feels brand new. An example of one such would be Brytenwalda, an incredibly popular (and slightly unforgiving) trip back to the dark ages of Britannia. Or how about experiencing the Sengoku period of Japan, in the recently updated Gekokujo? Playing the core game for a good bit first is recommended though, simply to learn what’s what, how to block, attack, and so on.

But enough of that. It’s time to assemble a grand army and conquer territory after territory, burning and plundering villages along the way, ensuring that history will not forget your name. Best of all, from now until 1pm PT on July 13, clicking here will install the game for Steam users, regardless of whether they own a copy or not. Yay, free stuff (albeit for a limited time).

Mount & Blade: Warband is available for Windows, Mac, Linux from Steam and directly, priced at  $5 (until July 14).