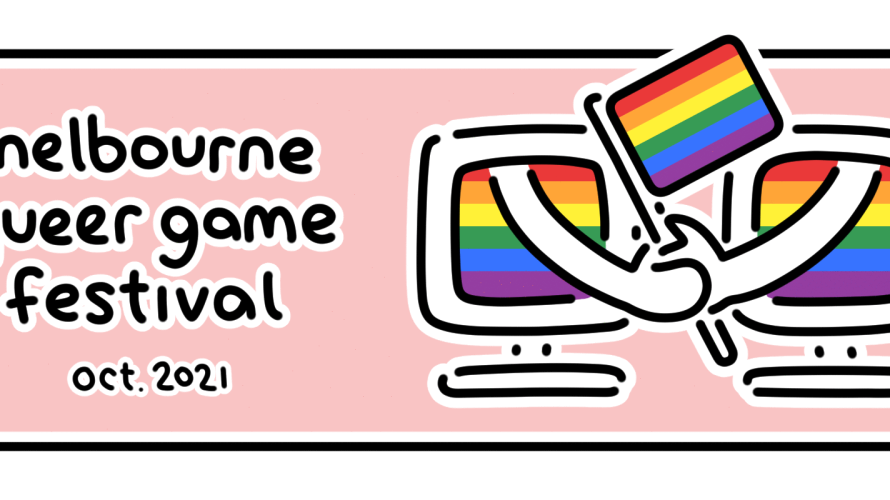 Sadly, this year’s Pride Month, thirty days of celebration of sexual diversity acceptance, only has a few days left. But… much like Queer Games Bundle 2021, which will continue well into July, Melbourne Queer Game Festival 2021 is only just getting ready, accepting entries for a while yet. Awesome!

So, first things first: entry is free. No hidden fees or anything of the sort. Just a form to fill out before July 23, 2021, as is the norm for events like this, with boxes to check and stuff to confirm. Paperwork. An undeniably necessary evil. Oh, and as you can tell from the 8th thing in the form, participation in the festival can be online (anywhere) or in-person (Melbourne, Australia). Entirely up to you. In other words, the festival is open to developers, small and big, anywhere on this round little thing we have come to know as Earth.

Well, developers with a game that “contains some combination of queer characters, queer visuals, queer worldview, queer gameplay or queer experiences at its core”. Not entirely sure what you’ve released is eligible for submitting? Wouldn’t worry too much about it, because as noted in the form, they’re “pretty broad on what this means”. This brings me to one other rather important criteria: the game must have been made or substantially updated no earlier than January 1, 2020. Which I believe means… no demos or otherwise unfinished games. So please keep that in mind too.

To inform, entertain and challenge LGBTIQ players by reflecting their lives in games.
To bring the best of world queer culture to Melbourne and to connect international and Australian game developers.

Unlike massive events like PAX AUS, Melbourne Queer Games Festival is handled entirely by a small team of volunteers with a love for queer games. In spite of that, courtesy of very generous supporters, a cash prize of 500 USD will be awarded to one lucky developer this year. Anything else? Let’s see… oh right, you may want to join their mailing list to be notified when the festival starts. I mean, yeah, it says ‘October’ right there in the image, but surely you’ll agree that just the month isn’t overly specific. Probably wouldn’t hurt to follow them on Twitter either to stay up-to-date. Just saying.

All set? Got an eligible game? Then, by all means… submit it! Pretty please?