Last month, during MAGS June, aliens invaded and games were made. Actually, that’s not quite right, as only a single title was submitted. ‘Victory by default’ is hardly the most exciting way to win, but sometimes it can’t be helped. Either way, congratulations to Ghost for winning MAGS June with Alien Cow Rampage: Orion Needs Your Milk!. 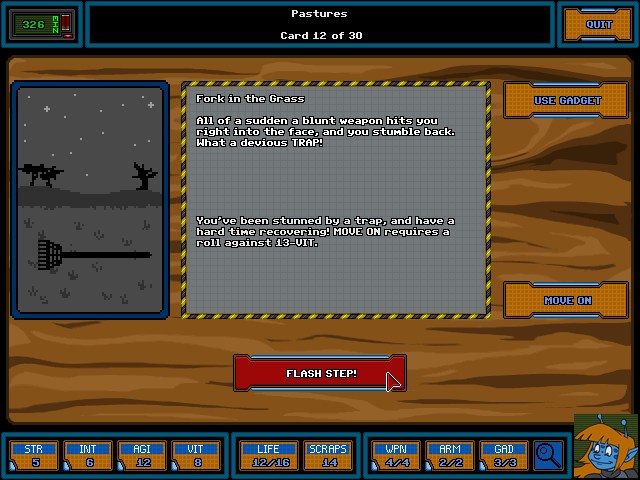 Alien Cow Rampage: Orion Needs Your Milk! (Ghost) [1st place]
Orion is home to a peaceful race of blue-skinned aliens who have made it their mission to provide the most delicious, refreshing, enjoyable drink to all of the universe: Milk, from Earthling cows. The Orionese are respected as the biggest providers of this creamy-white essence of all that is tasty in the universe. As great as this sounds, your job as an Invader is much less glorious.