“Cold and Dark”, because, Winter’s coming… ya know? Seriously though, it’s time for a MAGS befitting the chilly season! I suspect there’ll be at least one or two uncanny and creepy games made during this one, given that theme, but as always, we’ll have to wait and see.

Now for some bad news: last month’s competition… well, not a lot came from it, as the thread seemingly contains no submissions. At all. Exactly why is unknown, but it seems a few wanted to make something, yet ended up not, in the end. How very odd.

Whatever the reason, I’ll be updating this post with any and all late entries, should one or more pop up. In the meantime, why not make a game for this month’s MAGS? Ready, set, go!

Update: votes are in! 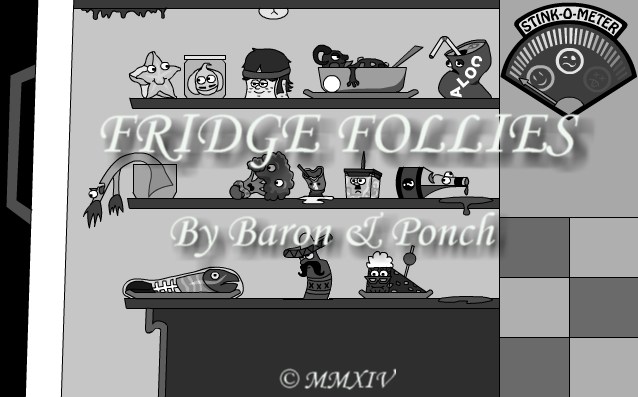 Fridge Follies (Baron and Ponch)
It’s not quite where we wanted it to be at when we released it, but that’s MAGS for you. The lack of voice acting somewhat diminishes the speech system, but it’s kind of too late to start that now. Maybe tomorrow… (*yawn*). Also there’s no save/load. 😛 Anyway…. enjoy! 🙂