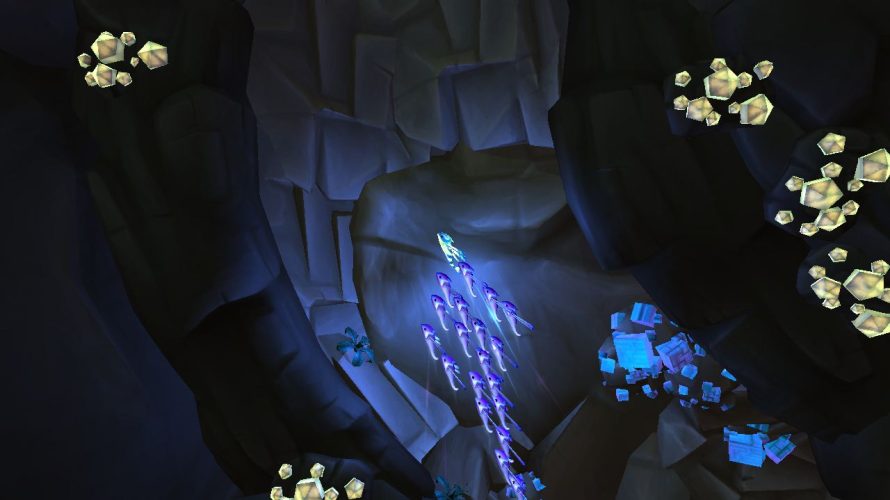 Not a lot has changed from previous Lumini coverage, so this will be more of a PSA-ish thing than updated impressions. Although since its creator listened to feedback and not only fixed bugs, but also increased the difficulty, I figured, why not write about it? I have a feeling a lot are eager to experience this little swarm flower after all, and now they can!

As you may recall, I noted how dying was nigh impossible. Well, guess what? That’s definitely been dealt with! Shots fired by the plant-like creatures reach further and the range at which those huge predatory fish detect your presence has also been extended. As a result, there were far more casualties in this build than the previous one, so I got what I asked for… at the expense of more than a few lumini.

We’ve added a donation option to our website, in the hope that in the future we can fund our own licenses and promotional material.

Some use Kickstarter, others prefer Indiegogo, and then there are those who add a donation option. Do keep in mind, however, that supporting Speelbars financially is entirely optional, and also that the pre-alpha demo is free. Oh, if at all possible, play with a controller. Trust me.