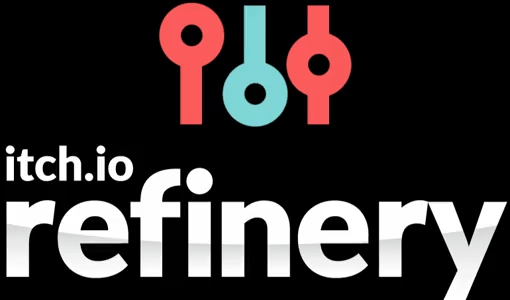 itch.io week (remember?) has come and gone, and with it, that fancy promised new ‘product’ launch. Steam and GOG.com may have beat them to the punch with Early Access and Games in Development, but itch.io’s refinery is certainly nothing to sneeze at. Even less so on the feature front, bringing noticeably more flexibility than its competitors, for starters.

What I mean by that is that where Early Access and Games in Development are – for the most part – merely labels for unfinished games, GOG.com’s refund system aside, refinery packs some rather useful features. The most useful of these, I’d say, is found in the actual distribution model, as here, developers have a lot of control as to how their game is, well, distributed.

Selling a game still in alpha/beta/whatever is one thing, but being able to limit who has access to what, or even how many keys are available in total, can be quite useful, depending on the project. See, among other things, this enables you to have tiered pricing, granting curious minds access to the earliest of builds – and only such – at a lower price than more dedicated testers/fans. Or some such. Just remember to set access control accordingly, prior to publishing.

On top of that, there’s also some slightly more technical stuff, such as the ability to “push frequent updates” with little effort, community pages – again, with restrictions set by the owner – and other groovy things. As such, be sure to peruse the entire link below prior to launching your WIP title on itch.io, ya know?