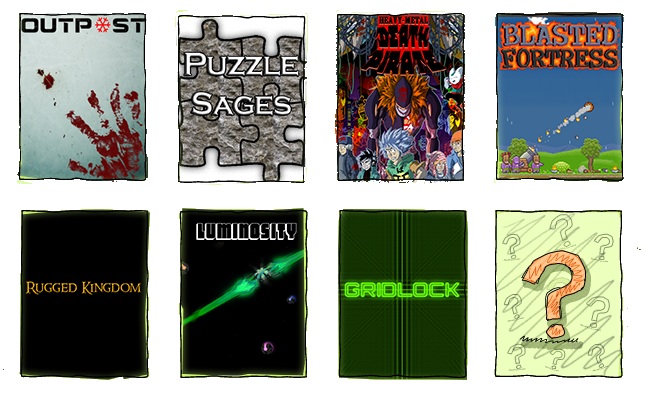 Tell me, did you vote? Have you? Should you? Silly question – of course you should! If nowhere else, then at least on one or more Greenlight titles from this particular lineup, eh? If you don’t feel like browsing the lot, Indie Royale’s crammed eight picks (seven of which are on Greenlight) into a dirt cheap bundle.

Seven games and a mystery title. Not a single Steam key in sight, because… Greenlight, y’know? Desura keys for the lot though. n00bstar’s big wh00p album is the musical addition, included by forking over at least $5. Now, let’s inspect the debutants and show some Greenlight appreciation! It’s a simple task that requires but a few clicks (or taps, on mobile devices) after all. Alright, onto the games!

Note: no Desura link for Heavy Metal Death Pirate, as it won’t be available until September 3rd. I have however personally confirmed that a DRM-free version is part of the bundle. 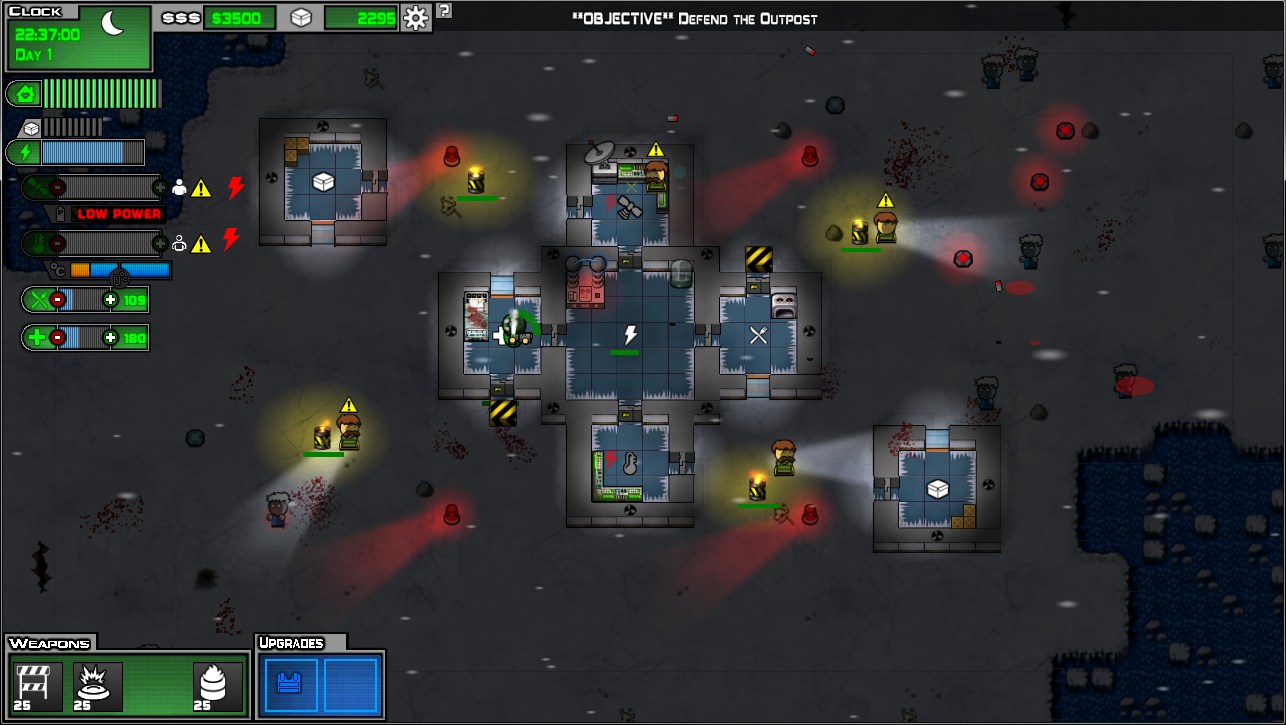 Outpost: Save Yourselves (Windows – Desura, DRM-free) Greenlight
The Outpost is a hybrid RTS, successfully combining elements of Real Time Strategy, Random Roguelike events and Chaos Management, where players never play through the game quite the same way twice. 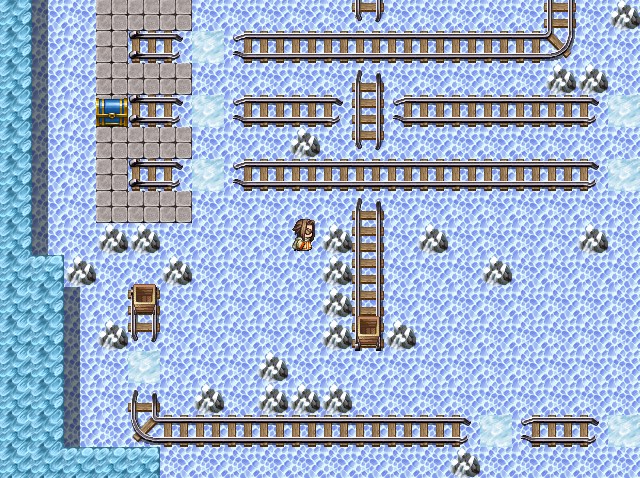 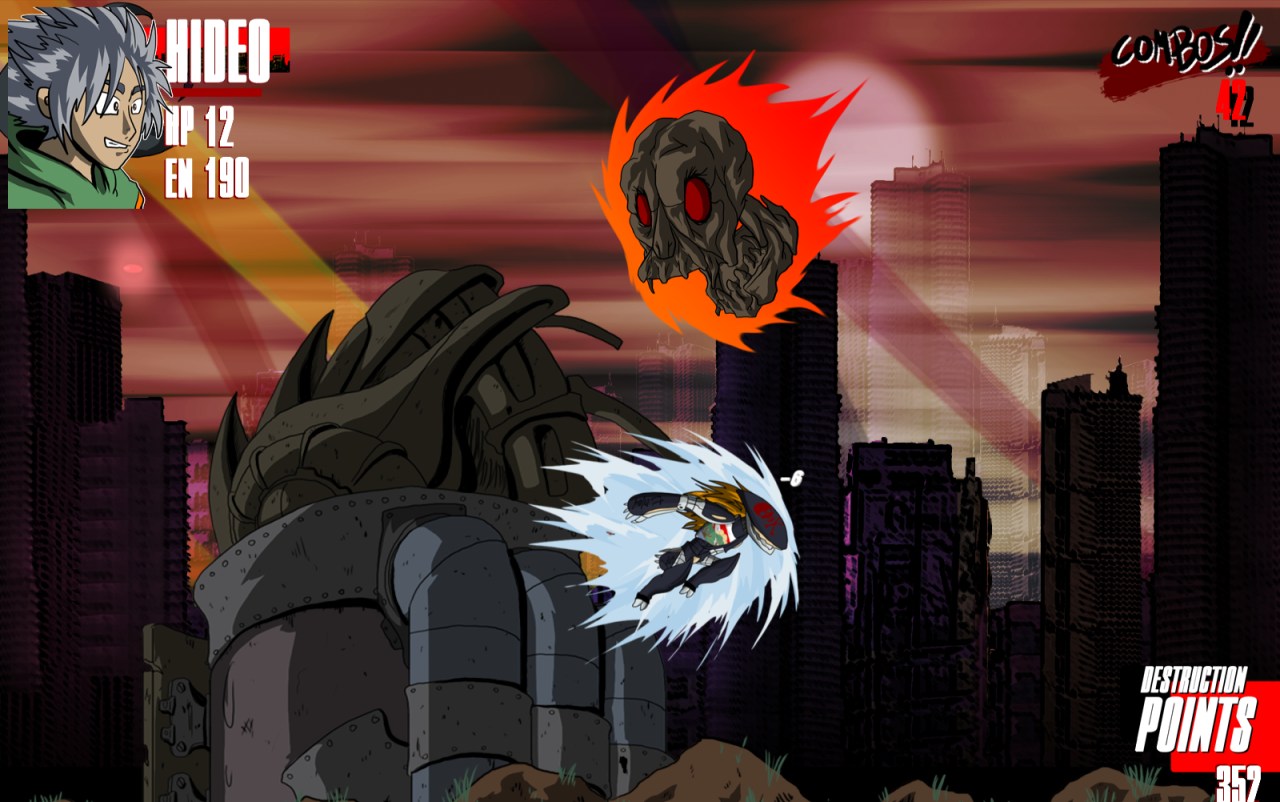 Heavy Metal Death Pirate (Windows – Desura, DRM-free) Greenlight
The main feature of the game is that it mixes many different retro gameplay styles in a single game. There are many unique characters to choose from and they are divided into three different types of gameplay for now: Shoot’em up, Run n’gun and Beat’em up. Of course, the whole game was designed with this in mind and every stages can be completed with any kind of gameplay. 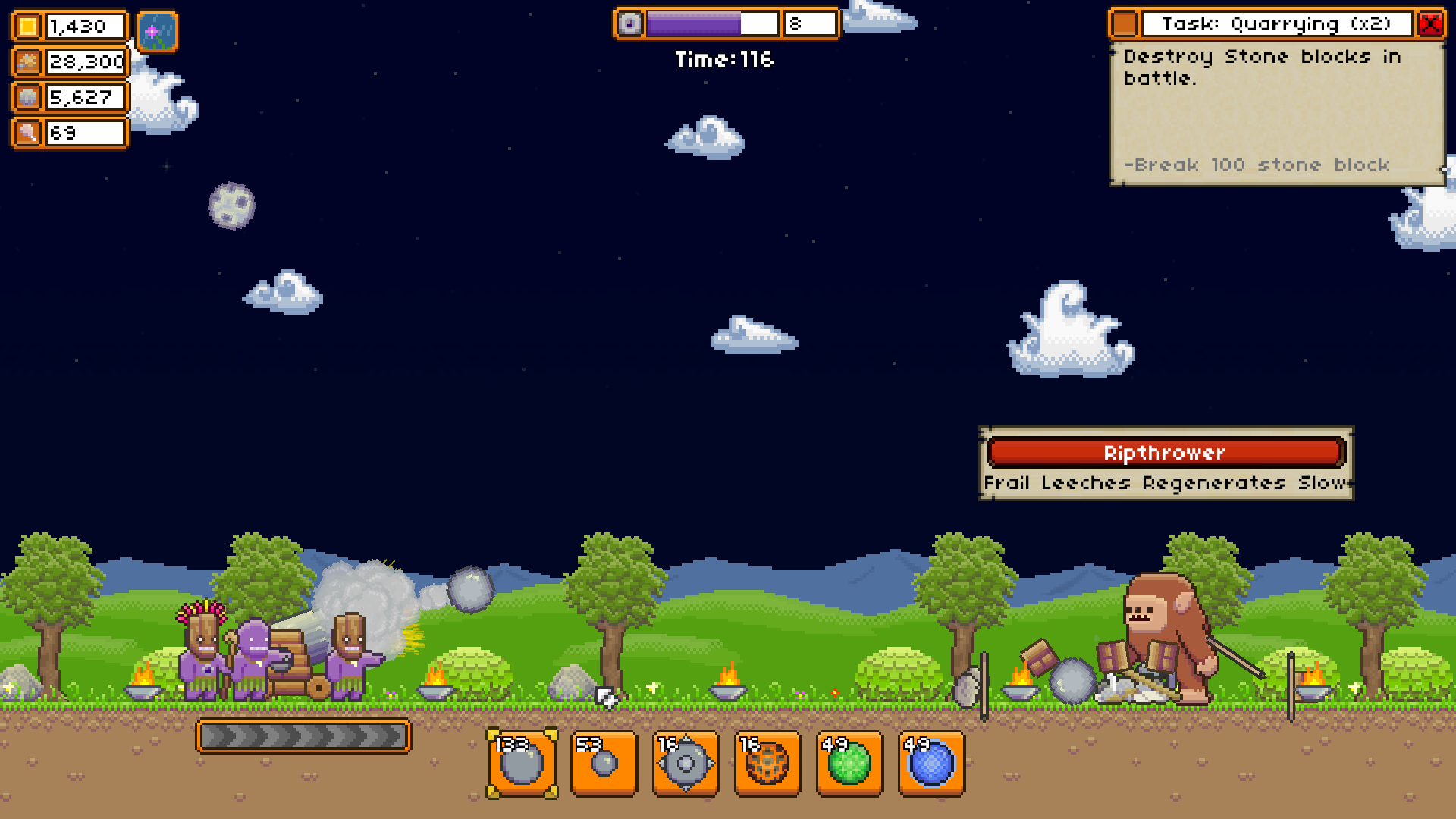 Blasted Fortress (Windows – Desura, DRM-free) Greenlight
Blasted Fortress is a physics-based destruction game. Think back to games like Crush the Castle, with RPG elements and a lot more depth, as well as plans to expand the game after release according to fan feedback. 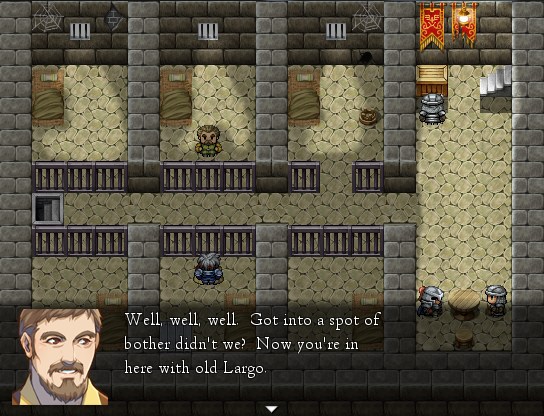 Rugged Kingdom (Windows – Desura, DRM-free)
Rugged Kingdom tells the tale of an adventurer drifting through life, never knowing where he came from or who he really is. With the sudden disappearance of all of the world’s heroes, the world begins to fall into shadow. Now our unlikely hero stands as the last hope to overcome the great evil. Can he obtain to courage to dispel the great evil, and in doing so find out who he is? Or will he fail, and see the world he loves descend into chaos? 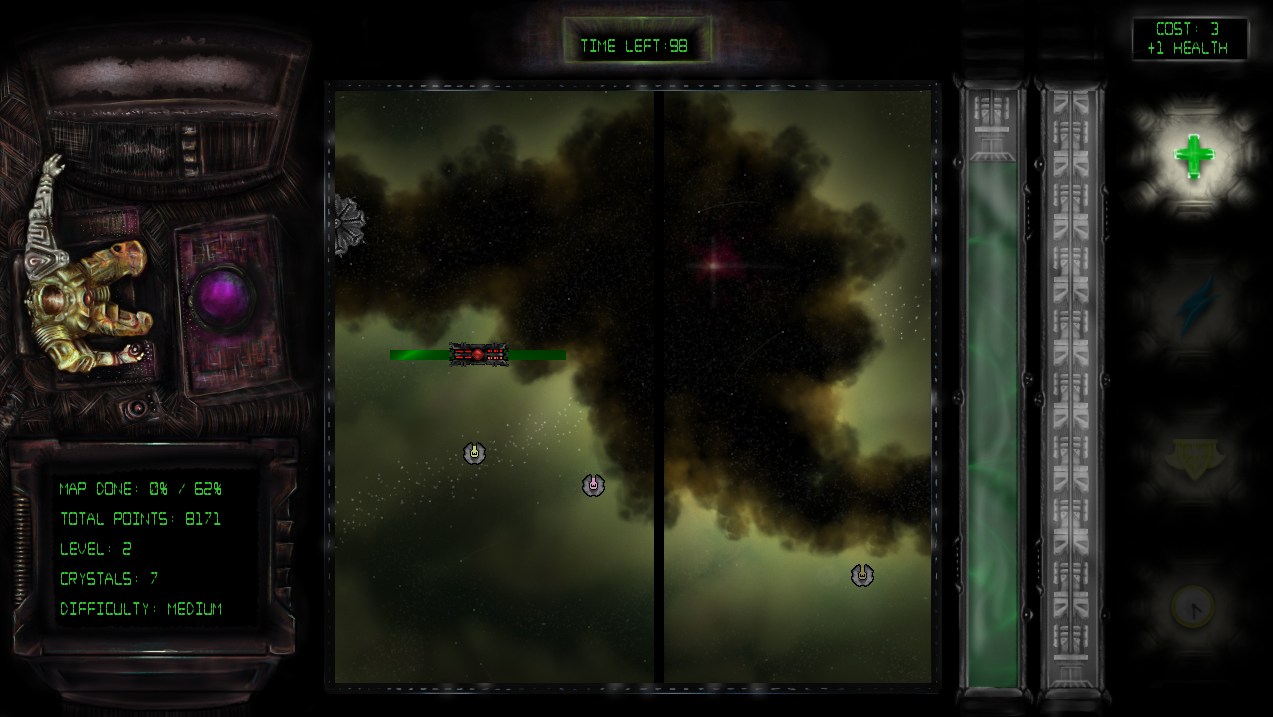 Luminosity (Windows, Mac, Linux – Desura, DRM-free) Greenlight
In Luminosity you take the control of a space ship and your mission is to close off the enemy drones and conquer a certain percent of the map in order to blow them up. Things quickly escalate and you face an increasing number of unique and challenging enemies and environments all trying to destroy your laser and blow your ship to pieces. To your aid you have a wide range of different Power Ups as well as the ability to upgrade your ship permanently between games.

Gridlock (Windows, Mac – Desura, DRM-free) Greenlight
Gridlock is an arena-based shooter that sees you take control of four gun turrets. In the middle of the grid, a variety of abstract yet lethal geometric shapes emerge which will destroy your turrets. Unless, of course, you can shoot the shapes first. Game over comes when/if all your turrets are destroyed.

You’ve got 5 days and 20 hours to grab The Debut 17 Bundle before it disappears… forever!