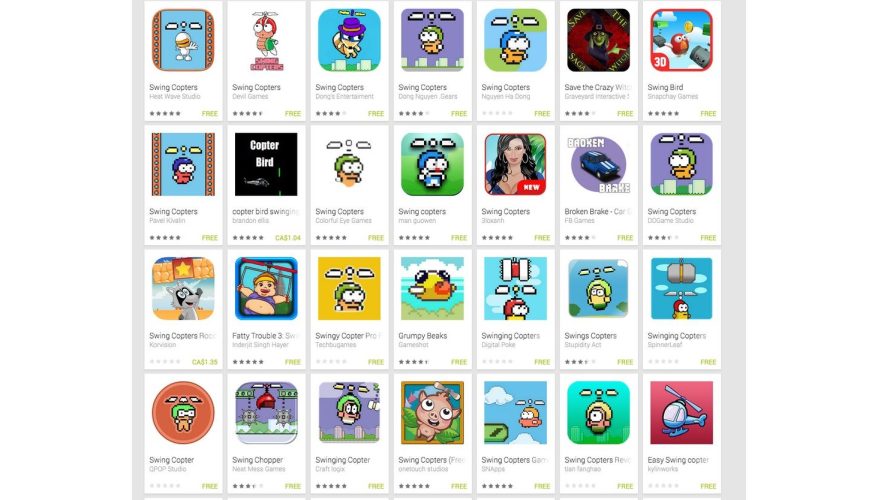 Truth be told, I’m part of the minority that never cared much for Flappy Bird. In spite of that, I still have zero tolerance for the cloning of games, and… well, it’s happening again. Dong Nguyen’s latest, Swing Copters, had not even left the ground before clones were already flooding the App Store. What the heck, iOS devs?!

Kinda makes ya wonder what on Earth could drive a developer – or in this case, multiple – to ruin the livelihood of a colleague, even if mobile gaming is an extremely competitive scene. Chances are, it’s a very short list and that ‘jealousy’ is in the top spot. It is, after all, easier to copy someone else’s work than to come up with an original idea on your own. Disgusting.

For those unfamiliar with Flappy Bird, basically, the game became an overnight sensation on both the App Store and Google Play. So much that people were showing signs of addiction. This, combined with death threats, made Dong Nguyen decide to take it down. To say that fans were outraged is a huge understatement. They wanted it back, and when that didn’t happen, clones started appearing. Everyone wanted a piece of the pie, and now, history seems to be repeating itself with Swing Copters. 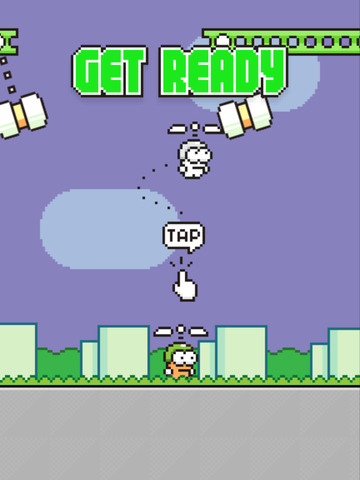 Based on the trailer (below), Swing Copters (iTunes) seems more like Flappy Bird 2.0 than a brand new game, given the gameplay and art style similarities. As such, honestly, the whole addiction issue? Just a matter of time before it becomes a thing all over again. Whether he’ll take this game down too, should my prediction come to pass, remains to be seen. But were I in his shoes, I’d likely just try to weather the storm, as sadly, that seems to be the best solution for a lone mobile developer these days, upon making it big. Trolls will be trolls and video game addictions should, if at all, only be partially pinned on a developer, quite frankly.

Thanks to Develop for the top picture, and the heads up.