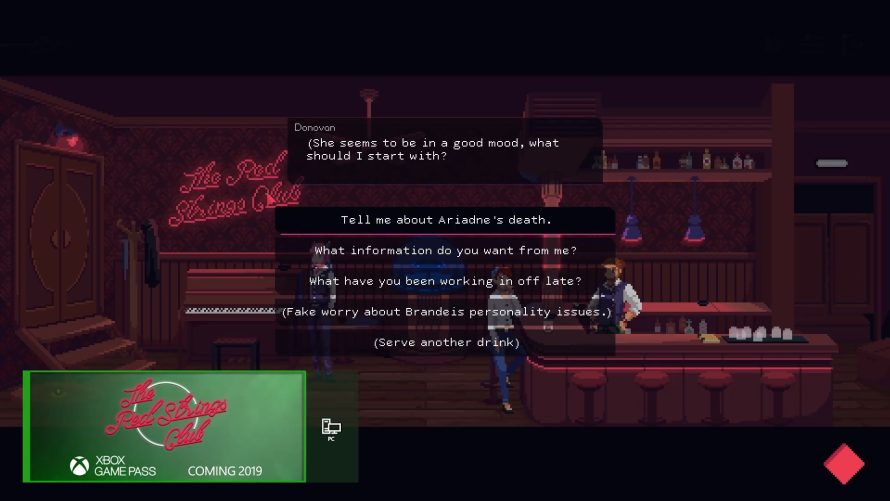 It’s been almost two months since the last major reveal of upcoming ID@Xbox Game Pass additions took place, so it’s safe to say we were due for another. Which is exactly what we got early last week, with the ID@Xbox Game Pass Fall 2019 Showcase (what a mouthful, by the way): across console and PC, no less than thirteen titles were announced! Groovy.

Oh, and not just that either: the video below contains not only footage from the games, but also interviews (in case ya somehow missed the original broadcast). So without further ado, the recently revealed lucky thirteen…

Munchkin
In this digital adaptation of the popular board game, level up, kill monsters, and loot! Play with your friends (or enemies) in fun four-player action. Choose from four different races and classes, each with unique abilities.

Lonely Mountains: Downhill
Race, jump, and slide down unspoiled mountain landscapes on your bike, through lush forests, narrow trails, and rivers. With the game’s custom physics, you’ll experience fun and responsive controls as you find your line down the mountain. Take the relaxing path or go cross country, it’s your choice!

Demon’s Tilt
In this gorgeous tribute to ‘90s video pinball games, Demon’s Tilt brings many features that are sure to please both gamers and pinball enthusiasts. With an art style and effects reminiscent of classic bullet hell games, expect turbo-charged pinball action with shoot ‘em up elements as you defeat enemies and bosses and score huge jackpots.

Genesis Noir
Set before, during, and after The Big Bang, Genesis Noir is an adventure game with a focus on exploration, simple interactions, and generative art. Stop the expansion of the universe and save your love. The game features beautiful, hand-drawn animations that blend visual storytelling and interaction.

Minit
An adventure game played 60 seconds at a time. On your journey, help unusual folks, uncover secrets, defeat dangerous foes to end an unfortunate curse that ends each day after just one minute.

The Talos Principle
You are tasked by your creator to solve complex puzzles as you explore a story of humanity, technology, and civilization. Choose your path in a non-linear world. And remember
your choices have consequences.

Vambrace: Cold Soul
Immerse yourself in a story-driven, roguelike adventure. Journey with a memorable party of characters with unique powers to survive deadly encounters in a frozen landscape. Defeat the King of Shades, who has cursed the city of Icenaire and amassed an army of undead.

Yooka Laylee
As buddy do Yooka and Laylee, embark in an open-world platforming adventure. Equipped with special moves, overcome puzzles, enemies, and challenges, you must defeat Capital B and thwart his scheme to absorb the world’s books and convert them to profit.

The Escapists 2
Escape from different prisons set in different environments, craft tools from everyday items, and train to fight in prison brawls. In this ultimate prison sandbox, you are in control of building your escape crew and how you organize your escape!

Cities: Skyline (Windows 10 Edition)
Design, build, and manage the city of your dreams. In this award-winning and best-selling city management game, you’re in charge of everything from public services to civic policies.

Dead by Daylight
Death is not an escape. Dead by Daylight is a 4 vs 1 multiplayer horror game, where one player takes on the role of the savage Killer, and the other four players are Survivors, who must escape the Killer without getting caught.

The Red Strings Club
In this cyberpunk narrative experience, take on the role as a bartender and hacker to collect information and uncover secrets of a corporate program. Pull out all the stops and thwart a corporate conspiracy.

State of Mind
Play as Richard Nolan, a journalist, and five other characters as you explore a deep, thrilling sci-fi story where dystopian reality and digital utopia are intertwined. Research and collect information to piece back together your past.

(Source: All the News From the ID@Xbox Game Pass Fall 2019 Showcase)