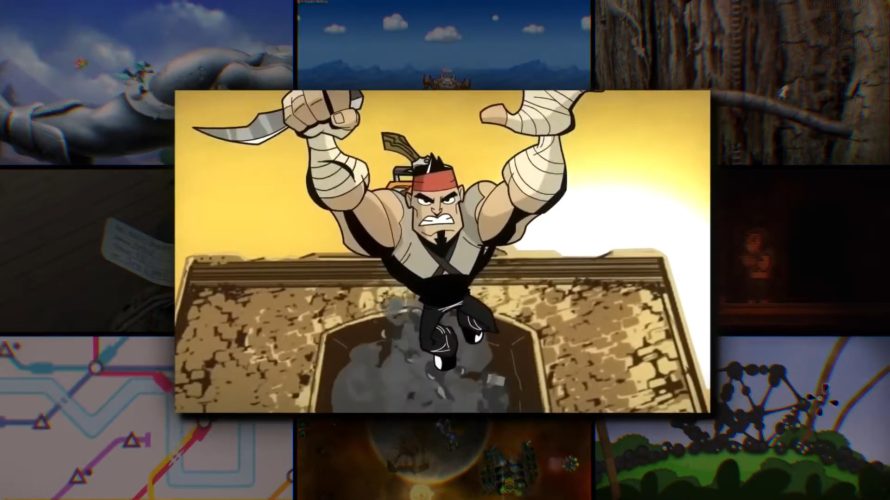 Ten years. Wow. I mean, they have long since added a digital storefront on top of all the bundling, but that doesn’t make this celebration of Humble’s first decade any less important, and what better way than with a brand new indie-centric bundle?

With seven games, three tiers and optional Steam keys, what’s not to like? The lineup? Oh, surely thou jest! I mean, you even get wallpapers and… wait, a coloring pack? Uh, right. Anyway, Humble Indie Bundle 21‘s games have been listed below this paragraph…

(Note: more will be added to the Beat the Average tier in six days and nine hours!)

Hotline Miami
Think quick and strategically in Hotline Miami, a 2-D top-down action game that rewards caution, tactics and trial-and-error. You’ll travel back to the 1980s with the game’s highly stylized neon graphics and 16-bit pixel art. With instant death and no checkpoints, you’ll need to start from the beginning every time, but every runthrough provides a little bit more insight. Gore, rapid action and sick music all come together in a highly stylized game that will keep you on the edge of your seat.

Beat Cop
New York, more like a beast than a city. Explore it’s darkest corners and uncover its secrets as Jack Kelly, a former detective who has been framed for a murder. Degraded and forgotten by old pals, it’s your last chance to find the truth behind this whole terrible mess. The thing is, your new boss treats you like shit, your wife is a money sucking spawn from hell and the local mafia wants your head on a plate. I guess you could say, that things are complicated down here, in the middle of Brooklyn. Oh, and don’t forget about writing tickets, reprimanding pedestrians & such. You’re a beat cop after all.

Dustforce DX
The world has been corrupted with dust and filth, and it’s up to a handful of acrobatic janitors to win the war on grime. In this frenetic, award-winning platformer by Hitbox Team, sweep your way through over fifty levels of wall rebounding, double-jumping endurance runs where finesse matters as much as dust destruction. Vault your brooms even higher as you share and view replays online to compete for the ultimate speed runs, and watch as your dustpan runneth over when you build your own worlds and share them online with the included map editor.

Moonlighter
During a long-passed archaeological excavation, a set of Gates were discovered. People quickly realized that these ancient passages lead to different realms and dimensions – providing brave and reckless adventurers with treasures beyond measure. Rynoka, a small commercial village, was founded near the excavation site providing refuge and a place for adventurers to sell their hard-earned riches.

Gato Roboto
Pounce inside of your cozy armored mech and set off on a dangerous trek through an alien underworld full of irritable creatures and treacherous obstacles in a valiant effort to save your stranded captain and his crashed spaceship. Tiptoe outside the friendly confines of your technological marvel and follow your feline instincts through tight tunnels and mysterious waterways to scavenge for new weapons and gear. Adventure awaits the most curious of cats in Gato Roboto!

Hypnospace Outlaw is Out Now on Steam

Hypnospace Outlaw
Hypnospace Outlaw is a ’90s internet simulator in which you scour Hypnospace ‘s wide variety of weird and wonderful websites to hunt down wrongdoers, while also keeping an eye on your inbox, avoiding viruses and adware, and downloading a plethora of apps that may or may not be useful.

Starbound
In Starbound, you create your own story – there’s no wrong way to play! You may choose to save the universe from the forces that destroyed your home, uncovering greater galactic mysteries in the process, or you may wish to forego a heroic journey entirely in favor of colonizing uncharted planets.