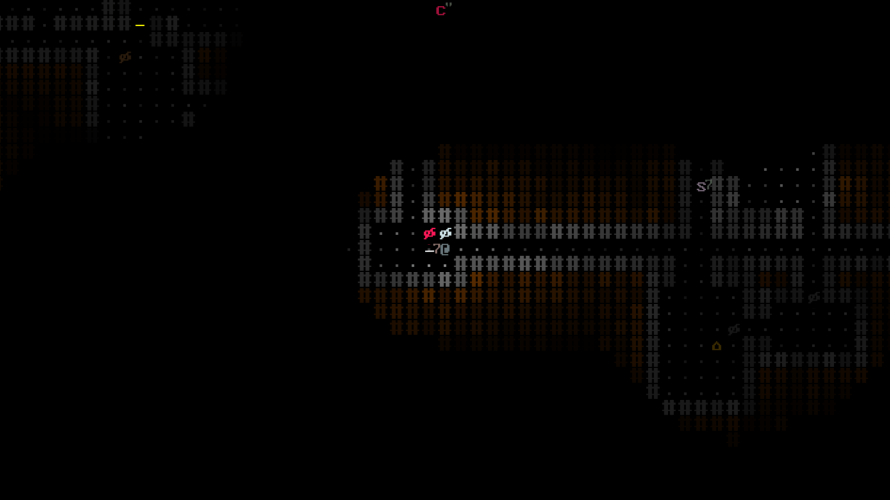 Danger lurks around every corner in the darkness, and even the light, however safe it may seem, harbors evil creatures (although to a lesser extent). To make matters even worse, in Hengelight, magical henges provide the only source of light. Sun? No such thing. In spite of its troubled state, society is doing its best to go on, fighting through the troubles. But… who will you be, and how will your actions affect the grand scheme of this procedurally generated ASCII RPG? How indeed.

When most people my age hear the term ‘ASCII RPG’, they immediately think of games like Rogue, Moria, and Nethack; three genuine genre classics. In a way, Hengelight does borrow from those, although not as much as one might think. For starters, the game – including combat – is in real-time, even when going through your inventory! None of that turn-based Chess-style tactical nonsense. Think fast or prepare to be gnawed on by trolls, rats, bats, and other nasty, hungry creatures.

Wasn’t exaggerating in that bit about choosing your own fate either, as each action you take or don’t, changes the world, with faction relationships, in turn, shaping its future. Speaking of relationships, why not bring a friend along for a trip through the demo? Or two, or three! Up to four people can play in split-screen, provided you have enough controllers, as only one player will be able to utilize keyboard/mouse, for reasons obvious. Note: saving is not yet implemented, and the build is pre-alpha, featuring but a tiny slice of the full experience; or as the developer puts it, “this is a gameplay demo”.

We love the idea of community involvement and will have a public voting board to inform us about what the players think the game needs. We think this will improve both the game and the development process.

Groovy things to expect from the complete version includes a wide variety of locales to explore, from graveyards to temples, dungeons, cities and beyond, as well an overarching story full of quests, and of course… boss fights. Big, nasty, evil, complex boss fights, I hope, to go with that sweet, sweet loot. But time will tell. First, there’s a crowdfunding beast in need of slaying. 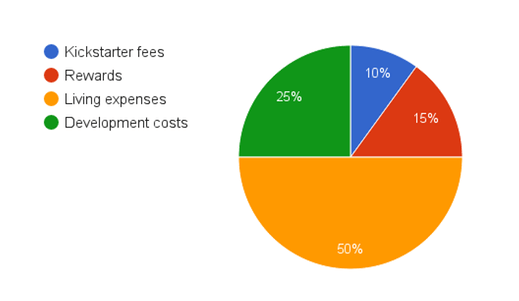 Whether or not the project will still be completed, should the Kickstarter campaign fail to meets its goal, remains unclear at the time of writing. They have ways to go too, with only $698 of $15,000 pledged, but on the other hand, still 26 days on the clock (August 26th, 2015), so… maybe? Hopefully, more like! As far as launch goes, they’re shooting for an Early Access release on Steam this holiday; provided the game has made it through Greenlight prior, of course.