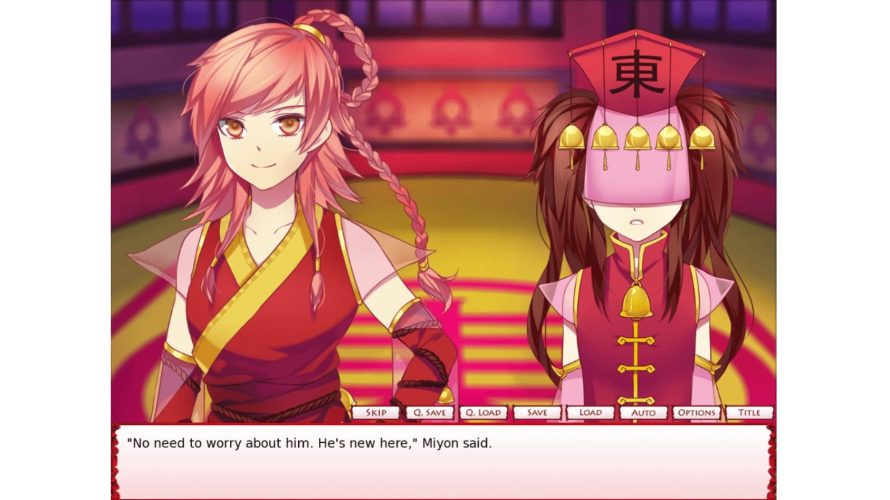 Ever wonder what it would be like to control fate? Probably pretty neat, eh? Well, in Miyon’s case, it’s nothing but trouble, as her ability is likely to be used in the war brewing between East and West Taria. On top of that, Gai, a new servant, seems to do naught but annoy her, no matter what he does. Poor guy. At this rate, a war could easily ignite inside the palace walls too! Cursed Sight indeed.

Spanning approximately 45,000 words, Cursed Sight tells the lengthy tale of “people’s struggle against fate”, focusing primarily – as far as I can tell, from the demo – on Miyon, her friend Sasa, and of course, Gai, as they go about their business in the palace. A tale likely full of magical mysticism, Miyon’s ‘gift’ seemingly front and center, along with plenty down-to-earth drama, unless she and Gai can somehow find a way to get along. Doesn’t seem overly likely, but ya never know. Then again, maybe there’s simply something going on that she’s not willing to share with a newcomer like Gai? Maybe.

Whatever the reason, as is often the case with visual novels, this one also features multiple endings. A grand total of four, in fact, unlocked by player choices as the story progresses. Actually, how about I stop trying to describe the game in a spoiler-free manner, and point towards the demo instead, so you can get to playing?

Being able to control fate would be a blessing for many. To Miyon, it is her greatest curse. East and West Taria are in conflict, and Miyon’s power will be the most valuable weapon.

Between its lovely art style, unique setting, and clever writing, chances are you won’t be disappointed. Then, if it turns out I’m right (again, based on the demo), links below lead to places from which the full version can be purchased! Gotta love try-before-you-buy availability.