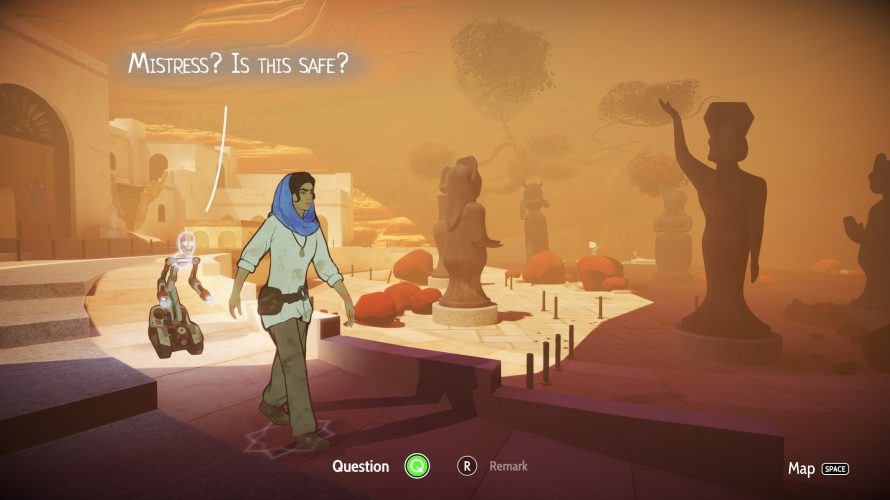 It’s not often I get to write about GOG.com, and while I do love what they’re doing (for the most part), it’s not a perfect storefront. Sometimes hits slip through the cracks while less-than-stellar titles jump right aboard, none the wiser. As such, the best way to look at their recent decision to add inkle’s interactive archaeology tale, Heaven’s Vault, after declining at launch (back in April) is with a “better late than never”, right? Yeah, about that…

Seeing how GOG.com is in its 11th year, I was kinda hoping curation was in a better spot than it apparently is. Heaven’s Vault is, after all, not the first indie hit to be turned down by them, and chances are it won’t be the last. Whether this change of heart is a sign of changes for the better or not remains to be seen. I for one truly hope so, because in my opinion, indie games only really thrive in three places (on desktop, anyway): Steam, GOG.com, and itch.io. I know, I know. Epic Games Store is also a thing, but regular readers should know how I feel about that one already. Not denying their existence of course, but still.

Anyway, Heaven’s Vault! If I’m perfectly honest, the only thing I dislike about this whole ordeal is that they declined the game entry at launch. Launch sales are, no matter the storefront, after all incredibly important – and missing out on one of the absolutely biggest is almost guaranteed to cut into potential profits. GOG.com might not be the giant that Steam is, but at the same time, their curation is noticeably better (even if it is still somewhat flawed). As someone who checks Steam frequently for new releases, going through every single title in the ‘new’ section, oh boy, the stories I could tell ya about shovelware and awful entries that barely qualify as interactive entertainment; or video games, more specifically. At least GOG.com doesn’t have that problem yet, even if – as mentioned earlier – rubbish does slip through the cracks from time to time. So there’s that.

According to PC Gamer, GOG.com global communications manager, Marcin Traczyk had the following to say about it: “With Heaven’s Vault we’ve changed our mind after checking the final game, how it was perceived by gamers, and receiving numerous requests from our users suggesting to release it”. So basically, they made a premature decision and upon realizing that, changed their minds, now selling Heaven’s Vault on GOG.com, complete with a 20% discount until July 23rd. “Better late than never”? You tell me, dear reader, in the comments below!