Man, Valve is really pushing the good stuff through these days. Hasn’t even been a month since the last of these summaries either, and yet the prior record of thirty-three has already been beaten. Also, this is not an April’s Fools, in case you’re wondering. Every last one of these thirty-four submissions have in fact made it through the voting process and should be Steambound any day. Those that are out anyway. Most aren’t, but that’s the way it is with Greenlight sometimes. Valkyrius
Valkyrius combines the intense classic arcade action you’d expect from a 2D shoot-’em-up with an innovative warping mechanic that lets you effortlessly weave in and out of enemy fire. Fight across 6 unique stages with unique enemies and huge bosses. Take the weapons of your destroyed enemies and add custom powers to your fighter. Follow the story of Colonel Valterra as her battle to reclaim the Earth for the Space Colonies turns into a war for the future of humanity. Features 1 and 2 player modes, 5 difficulties, boss rush mode, stage select, online high score tables, unlockable concept art and soundtracks. 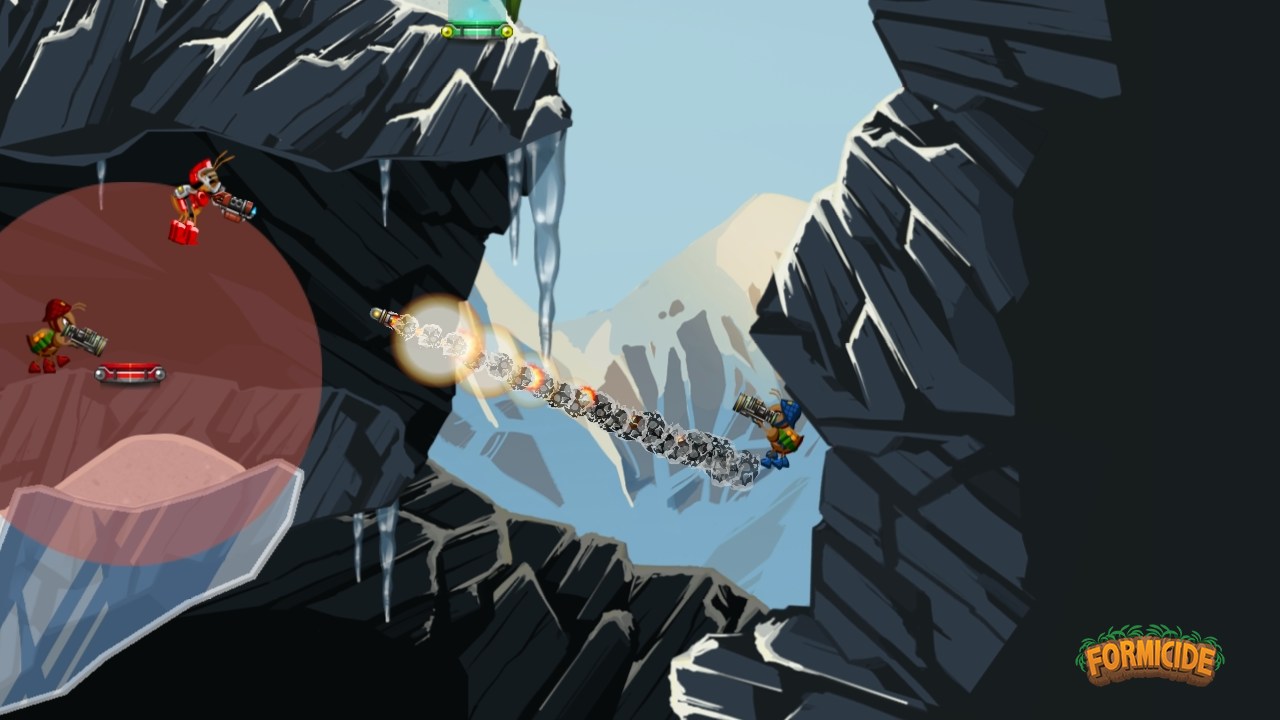 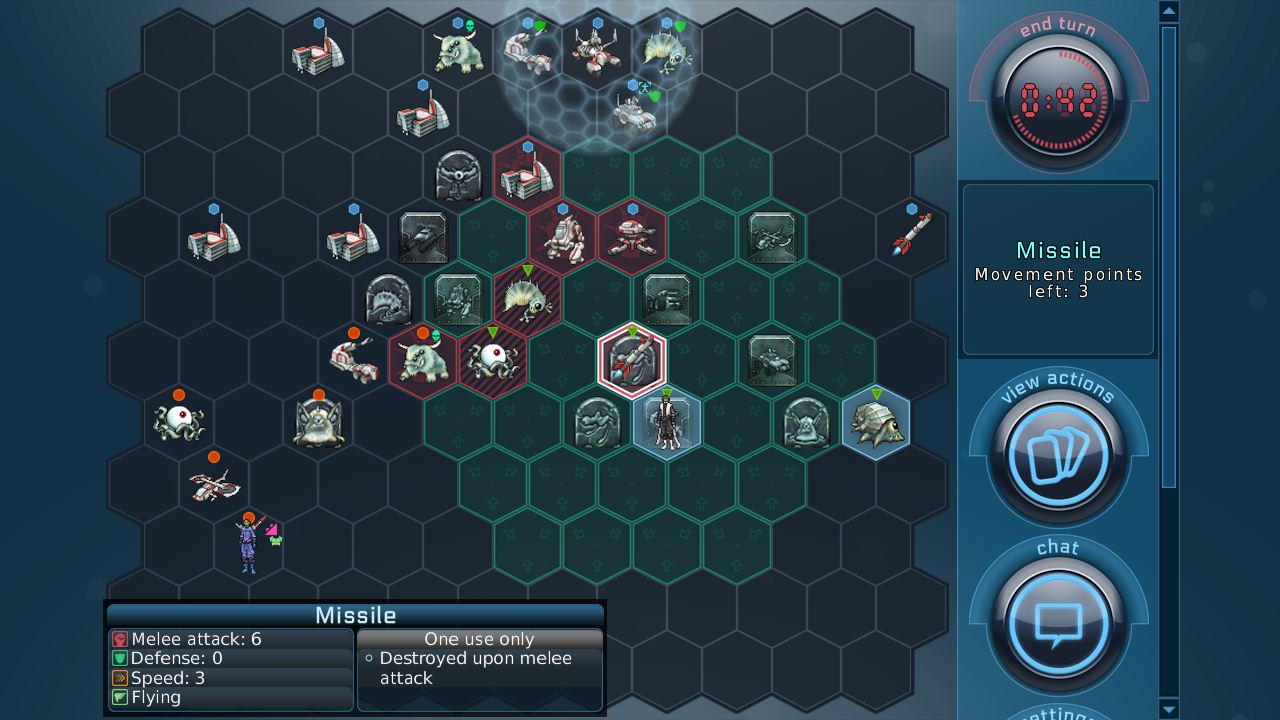 Solstrike (@andrewcgower)
Solstrike is a quick turn based arena strategy game for 2 to 6 players. Each match takes approximately 30 to 60 minutes to play. Players enter the arena and then choose from a variety of actions. Will you beam down more units, upgrade your commander, or go for a direct attack? Will you play an offensive or defensive game? Utilise the unique strengths of each of your units to try to defeat the enemy commanders. 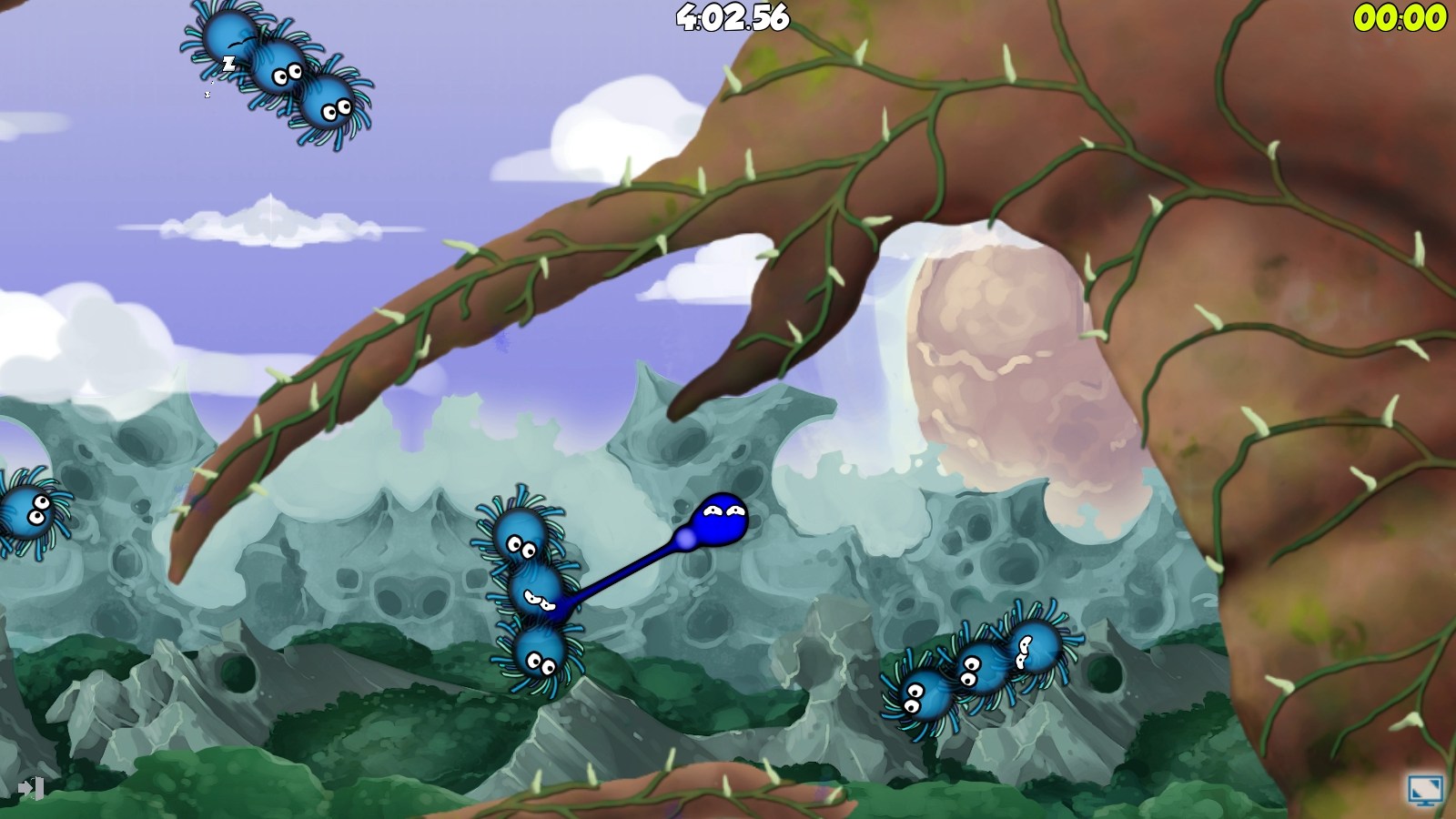 Grabbles (@grabblesgame)
Grabbles is a chaotic, fast paced combat platformer with a twist. Each grabble is equipped with two sticky appendages that they depend on to survive. A steady hand and quick reflexes will determine your fate in the local and online multiplayer arenas. 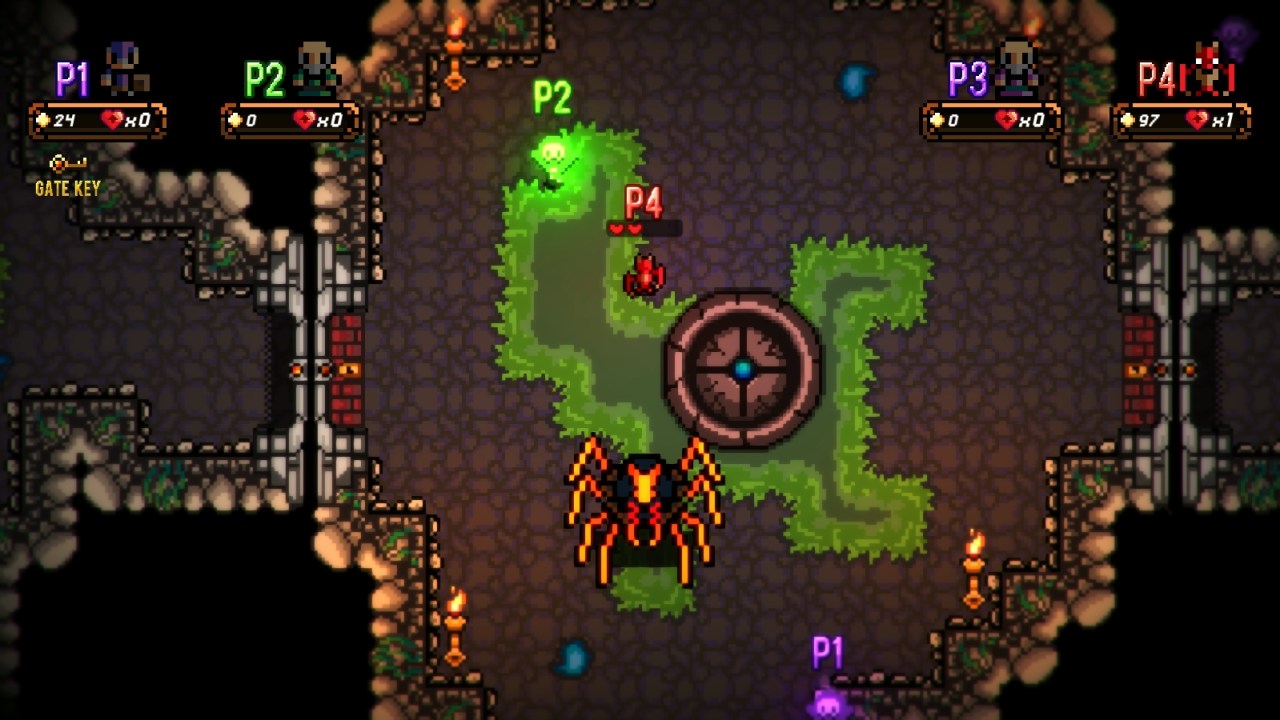 Attack of the Labyrinth (@MattGoles)
The forces of evil have invaded the land. A labyrinth of evil has appeared in the kingdom and legions of monsters are pouring out of its vile depths. The king has called upon a small party of heroes, the Champions of Virtue, to vanquish the demon within and free the land from a grim fate! 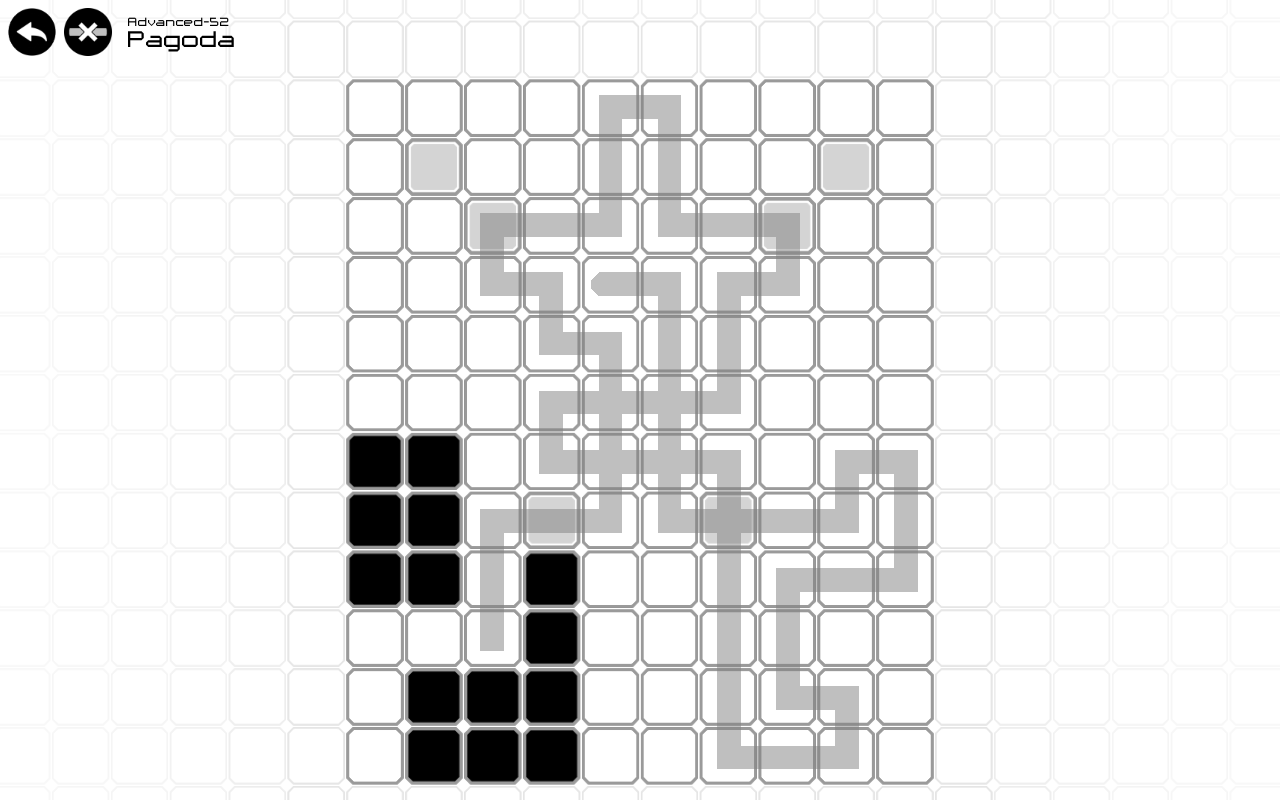 Unium
The simplest puzzle can have hundreds of solutions, and Unium features over 100 levels to solve your way through. Unlock harder puzzles by solving easier ones, learn what works and what doesn’t, and solve puzzles in multiple ways to earn achievements. Unium is a fantastic pick up and play puzzle game that can entertain for a minute or an hour. 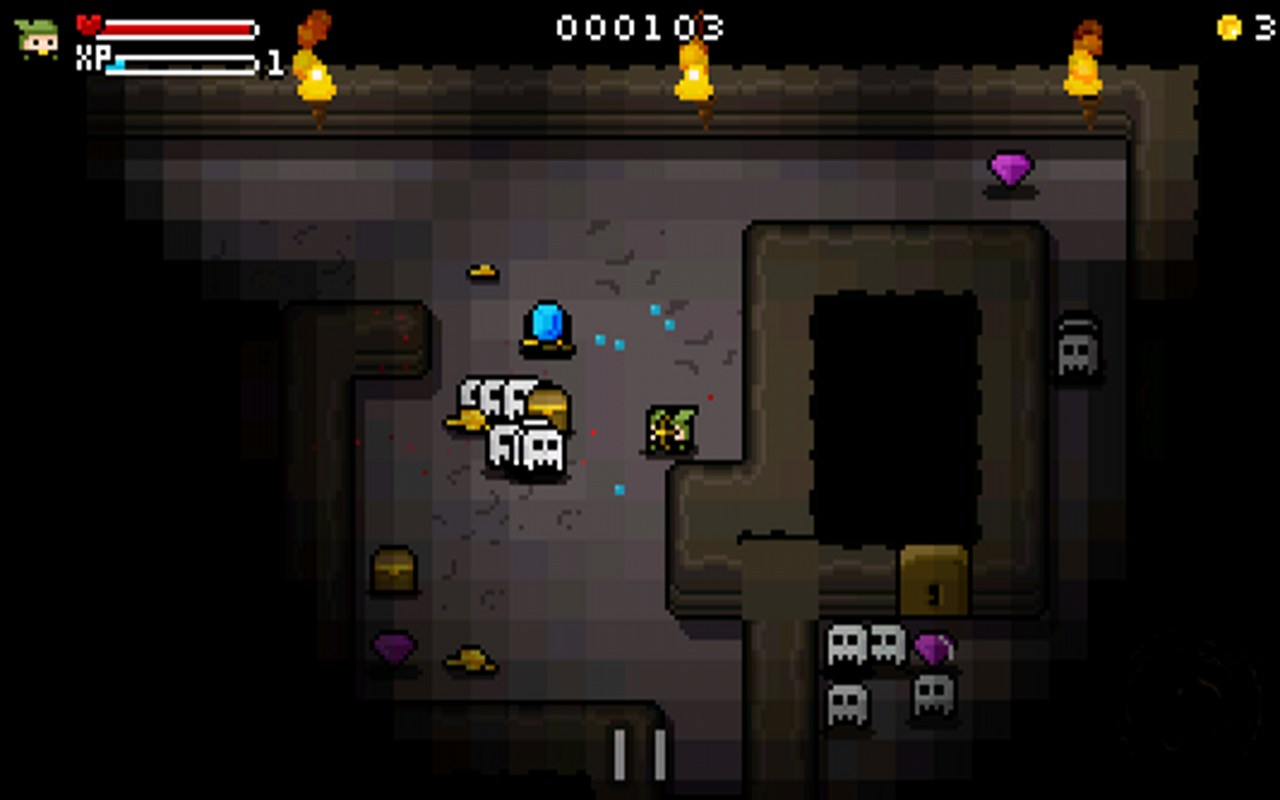 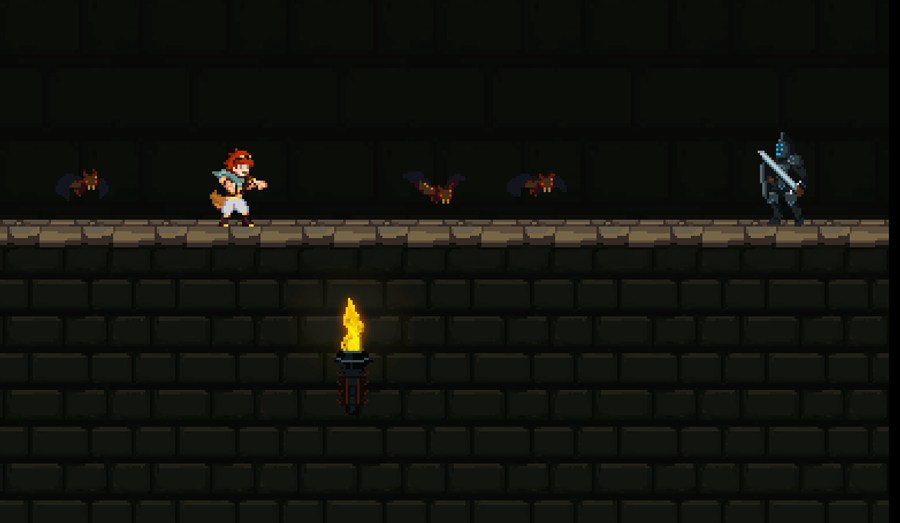 To Challenge a God (@TheFoolishBrave)
The Island of Neria is slowly rotting. The lakes have turned to sludge, and the trees have begun to wilt, there is no food to eat, and the citizen waste away by the day. Within weeks, the island will be rendered uninhabitable. One area remains unaffected by this plague, a forest deep within the island known as Divinity’s Playground. What secrets are being kept here? Could this be the cause of the land devouring plague? It’s up to Ozma the Fox Demon and Ry the Magic Swordsman to fight their way through a forest of mythical beasts and uncover the secret of an underground city in order to save Neria before it’s too late in this action packed platformer! 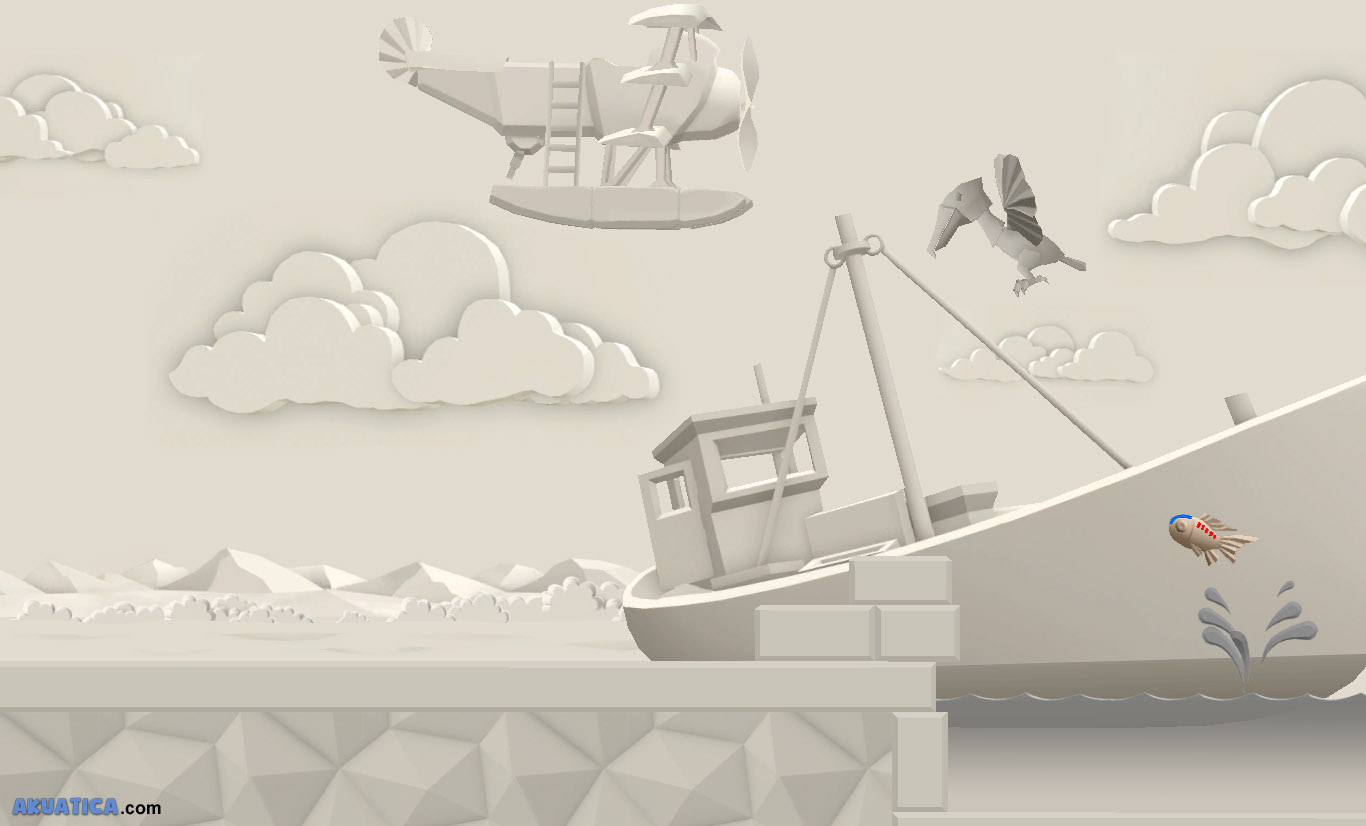 Akuatica (@AkuaticaPC)
Akuatica is an action adventure game that has puzzles elements. With a focus on epic battles. 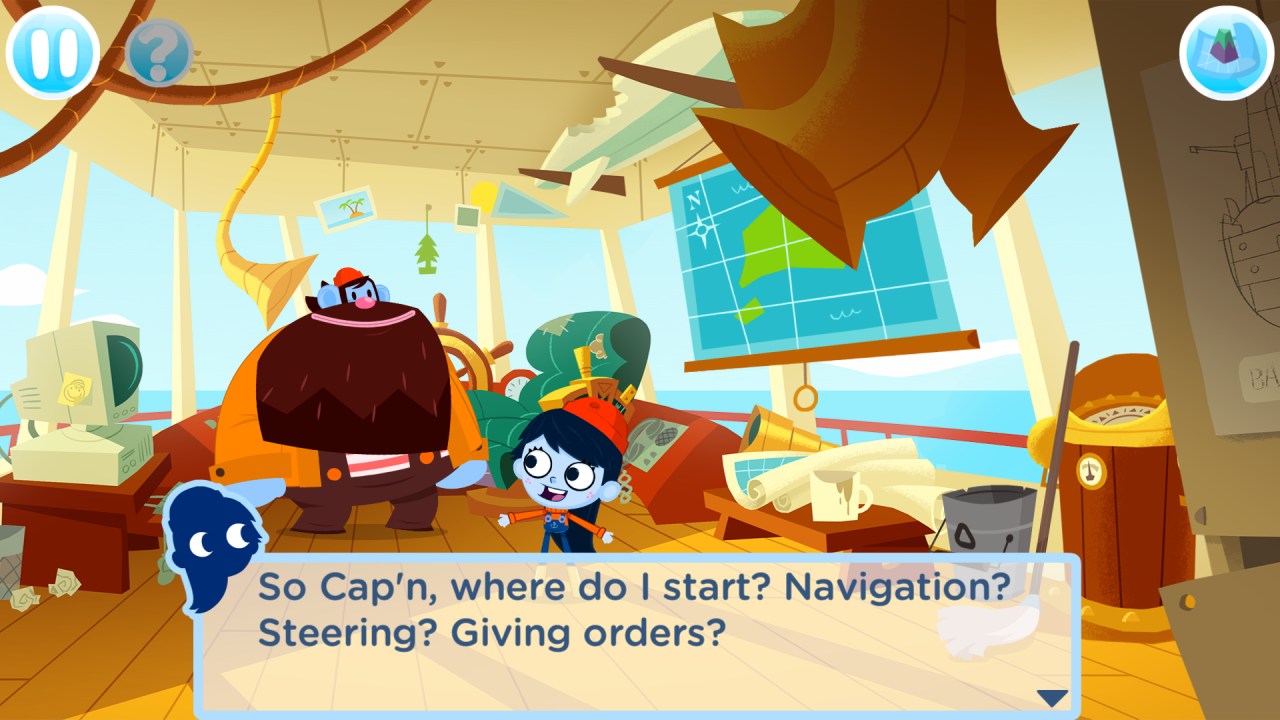 ShipAntics: The Legend of The Kiki Beast (@StudioPOWWOW)
ShipAntics is a fresh take on the classic adventure game genre. An irreverent, fun-filled adventure that interweaves quality animated cartoon content with a story-driven game featuring puzzles and hidden challenges. Players will become immersed the world of ShipAntic, brimming with instantly lovable characters such as Amanda the daughter of the ship’s captain Fred, Otto, a cheeky young octopus and many, many more. 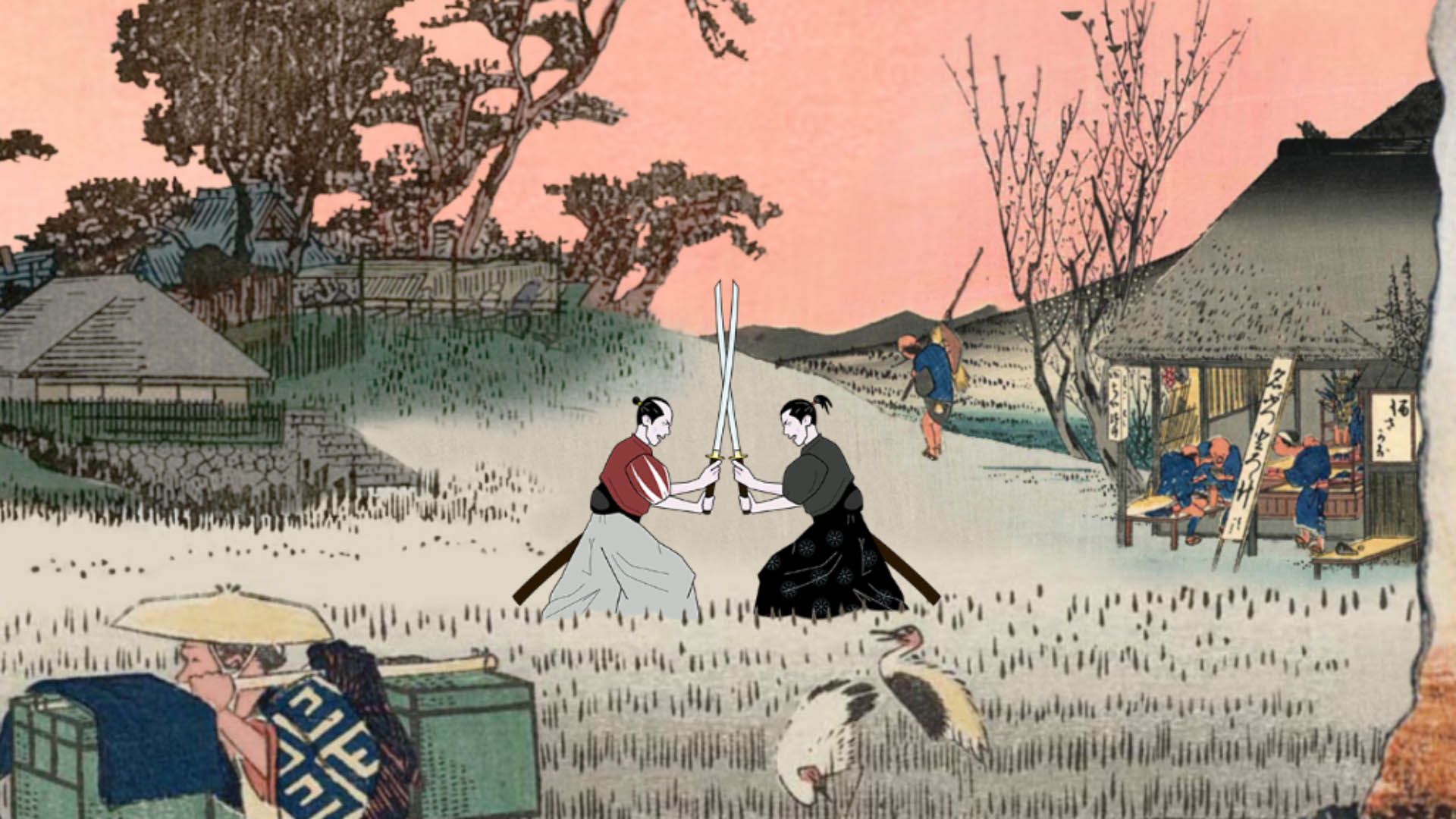 Kiai Resonance (@AbsorbReality)
You take part in multiplayer samurai combats where one hit off-guard is fatal, and several challenges to perfect your skills. The player can change his katana position at any time to adjust to his opponent’s, creating a mind game where you have to anticipate his next attack. 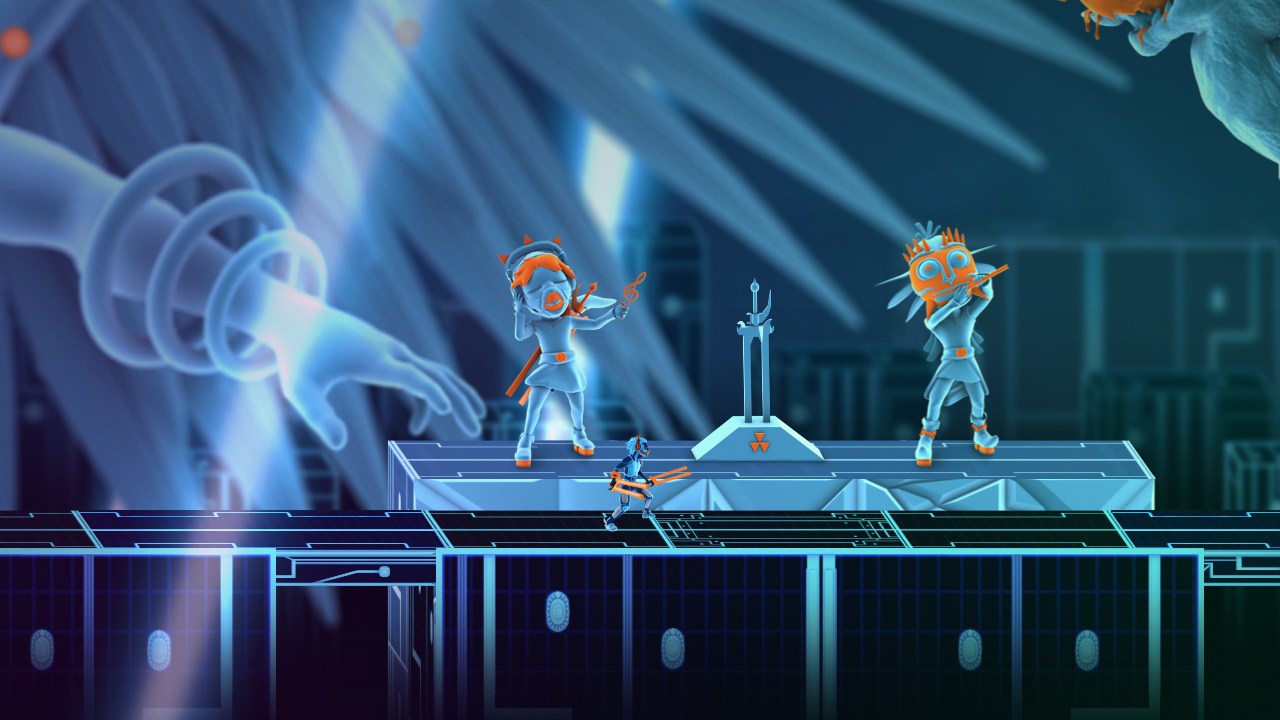 Klang (@Tinimations)
Where previous games in the genre has mostly focused on pressing buttons in correct timing with the music, Klang expands upon this with adding the flair of exploration, platforming and combat. Klang is designed around the philosophy of merging dynamic world exploration with the adrenaline rush of becoming one with music through acting upon audiovisual queues. 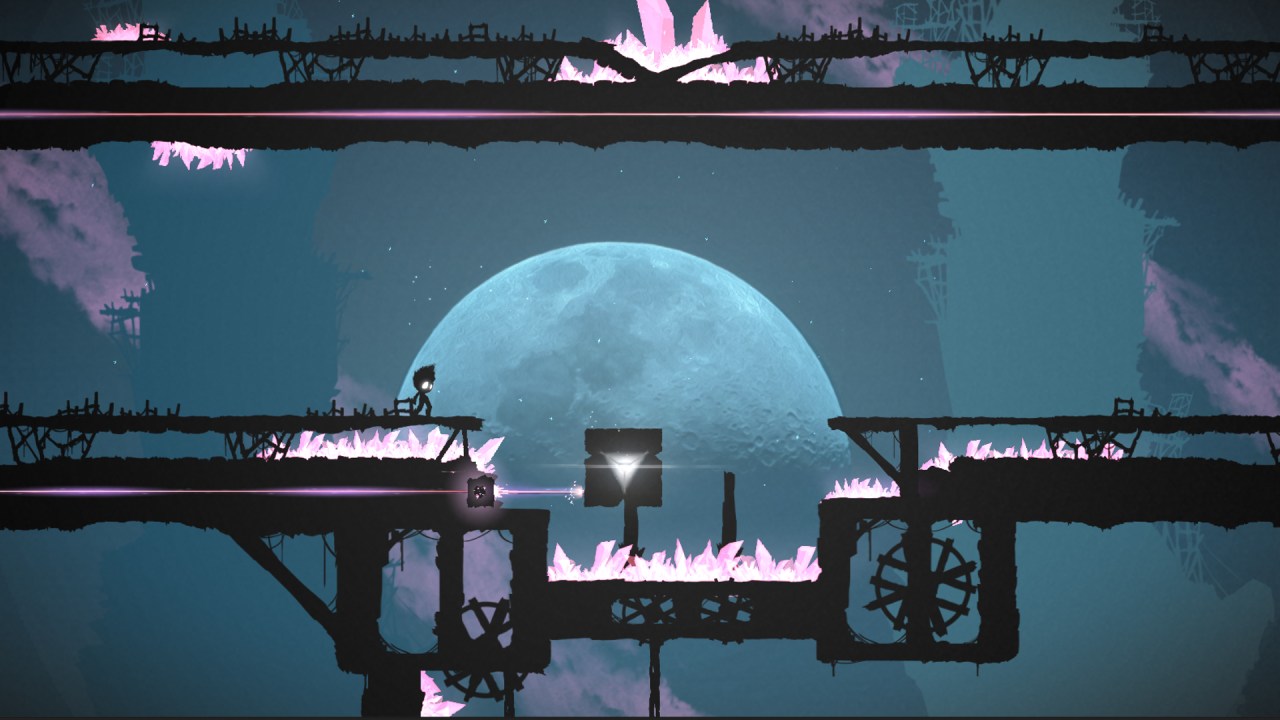 Light Fall (@BishopGamesStd)
Jump into Light Fall’s universe and explore the Forgotten World of Numbra, completely shrouded in darkness. Afflicted with severe amnesia, you will have to travel across this strange land in a quest to uncover your mysterious origins. Along the way, you will investigate the many regions of Numbra, face deadly challenges and meet outlandish characters, be it friends or foes. 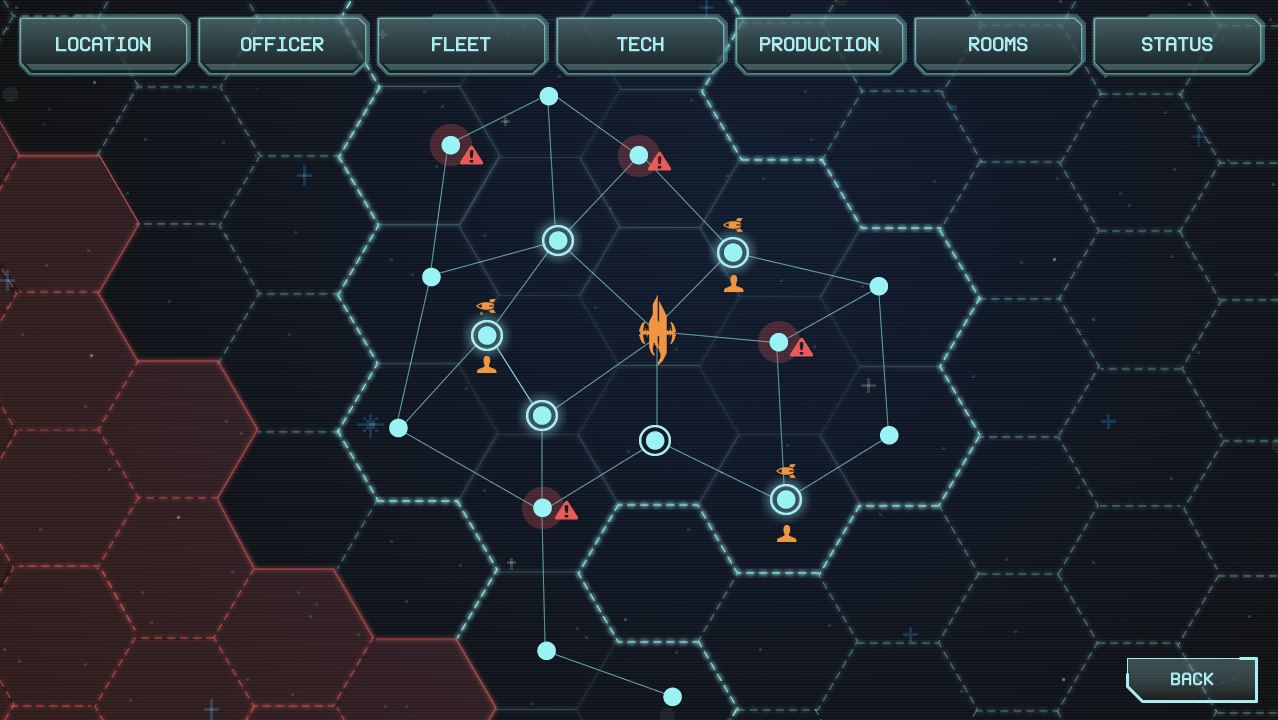 Halcyon 6: Starbase Commander (@halcyon6game)
On the edge of Terran space lies Halcyon 6, a derelict starbase left behind by a mysterious precursor race. Your mission is to reclaim the derelict station and rebuild it. A mysterious alien force is making a beeline towards Earth and this starbase is the best chance for the Terran Republic to establish new alliances, research new technologies and otherwise figure out a way to stop the impending invasion. 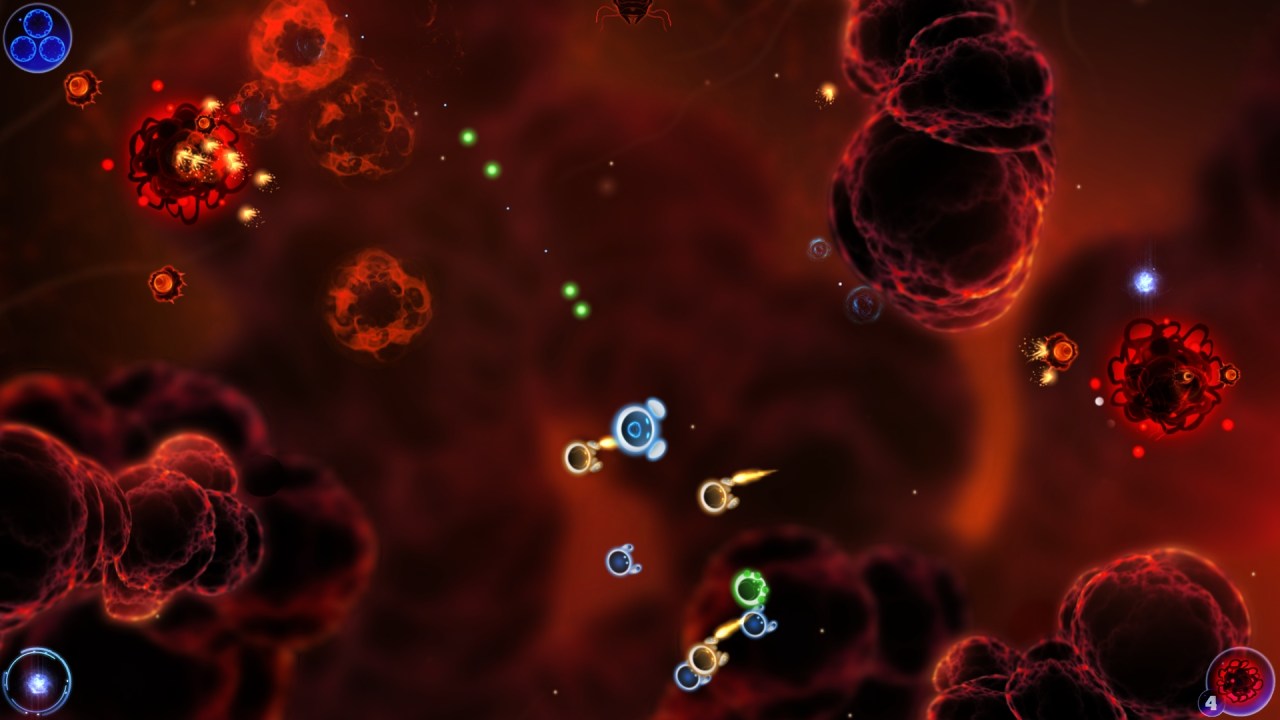 Inside Me (@SnowBiteGames)
The protagonist is a nanobot which was designed to dispose of hostile microbes and cleansing the body’s cells. The general gameplay is intended to be in management of more smaller bots for fighting with infectious agents. During the game you will be able to reveal unique abilities enhancing your capabilities in the battle with pests. 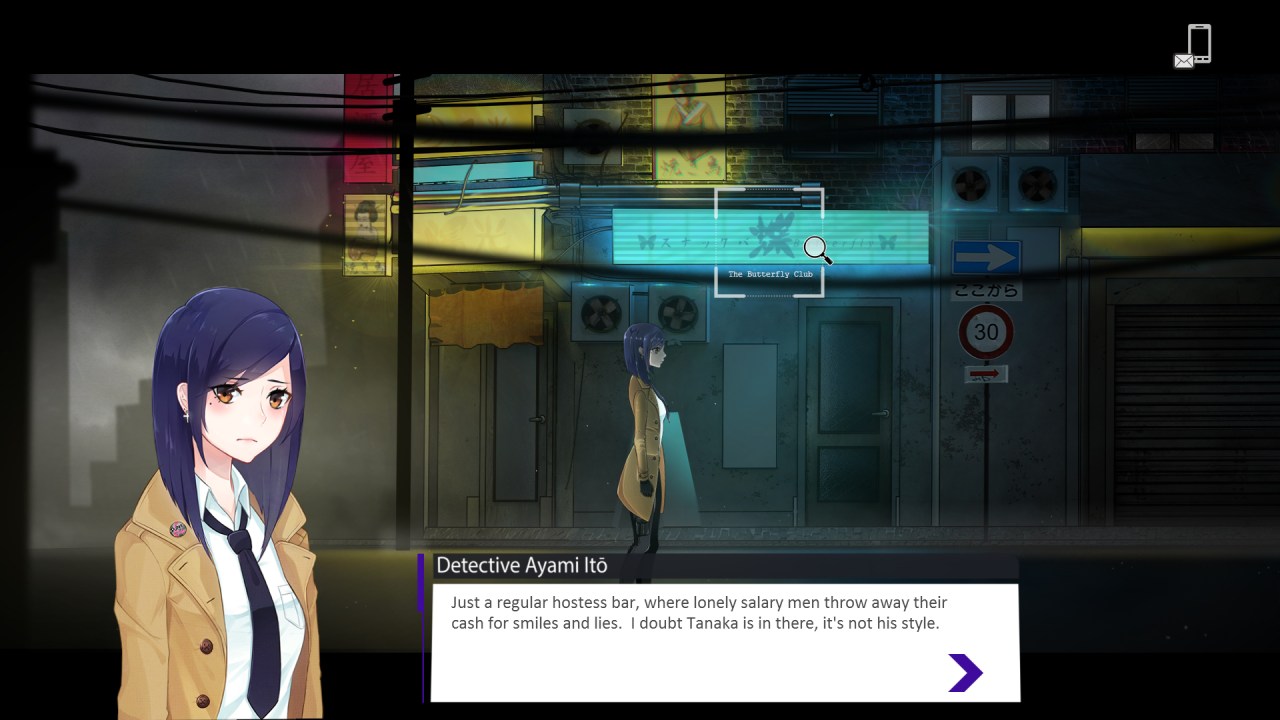 Tokyo Dark (@CherryMochii)
Tokyo Dark is a 2D adventure game with a twist. It’s a dark detective story featuring a multitude of choices, non-linear puzzle-solving, and a deep and branching narrative exploring the darker underbelly of a near-future Tokyo. Combining cinematic decision-making with a slick 2D interface, stylised artwork, and an unnerving horror narrative, Tokyo Dark sees Detective Itō embark on a journey to uncover the truth behind the strange disappearance of her partner. 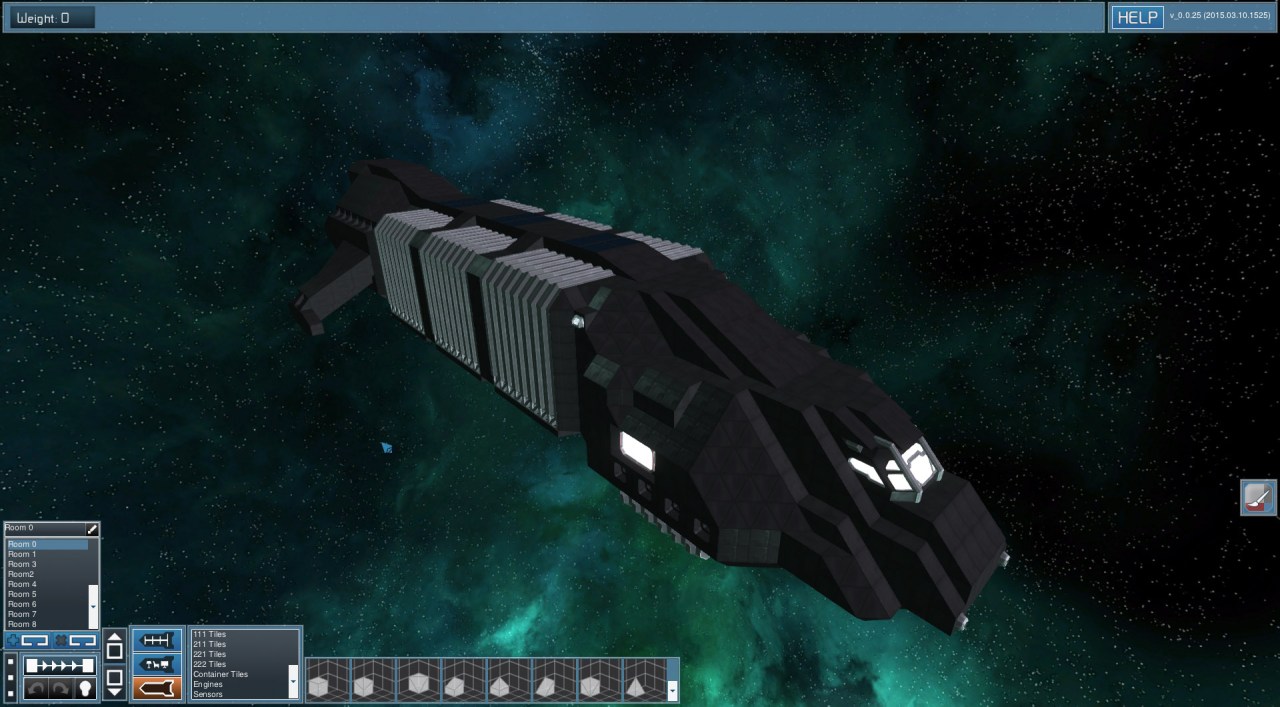 Interstellar Rift (@SplitPolygon)
Interstellar Rift is a open world Starship Simulator with an emphasis on ship construction and multi-player interaction. Players will need to survive in a hostile galaxy with their own custom designed and constructed starship. Space is vast but you wont have to face it alone, other players will be able to join your ship and help out, or build their own rival fleet and fight you across the galaxy. 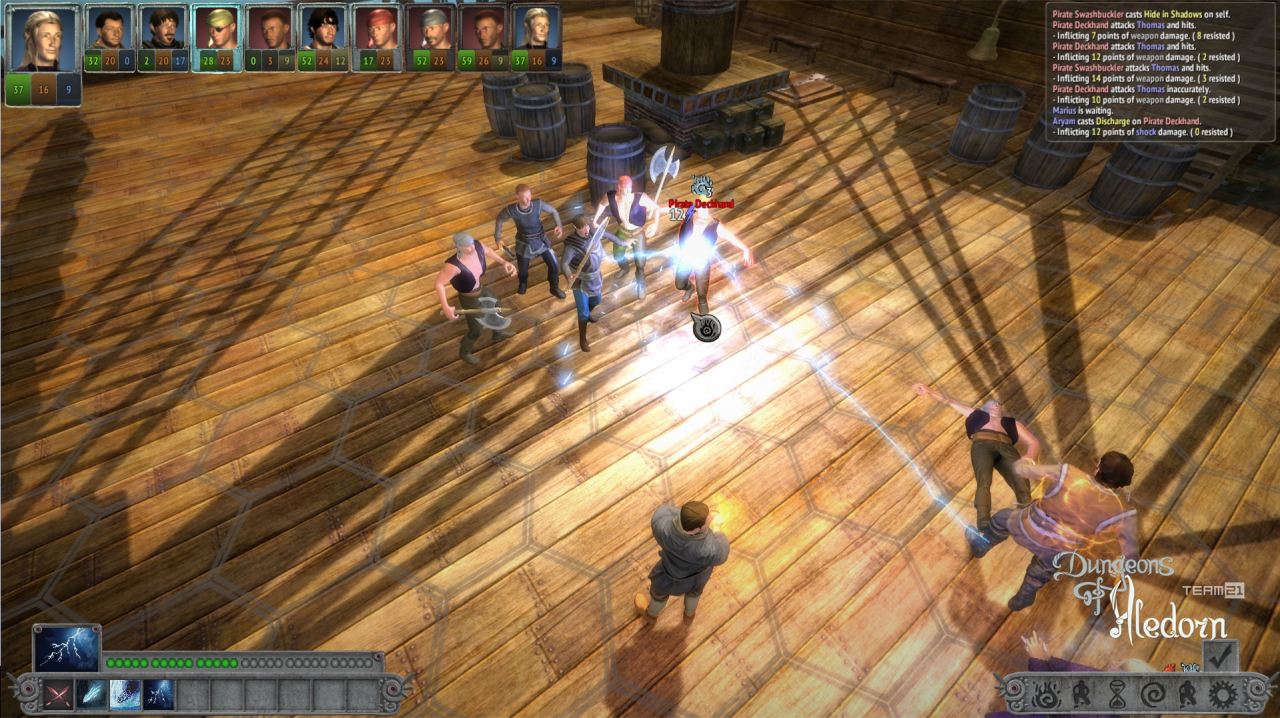 Dungeons of Aledorn
Dungeons of Aledorn (DoA) is an RPG game that brings back several time-tested principles in a mixture of fantasy RPG/Dungeon. It´s primarily made for (and from) hard-core gamers and those who prefer games with high challenge level. 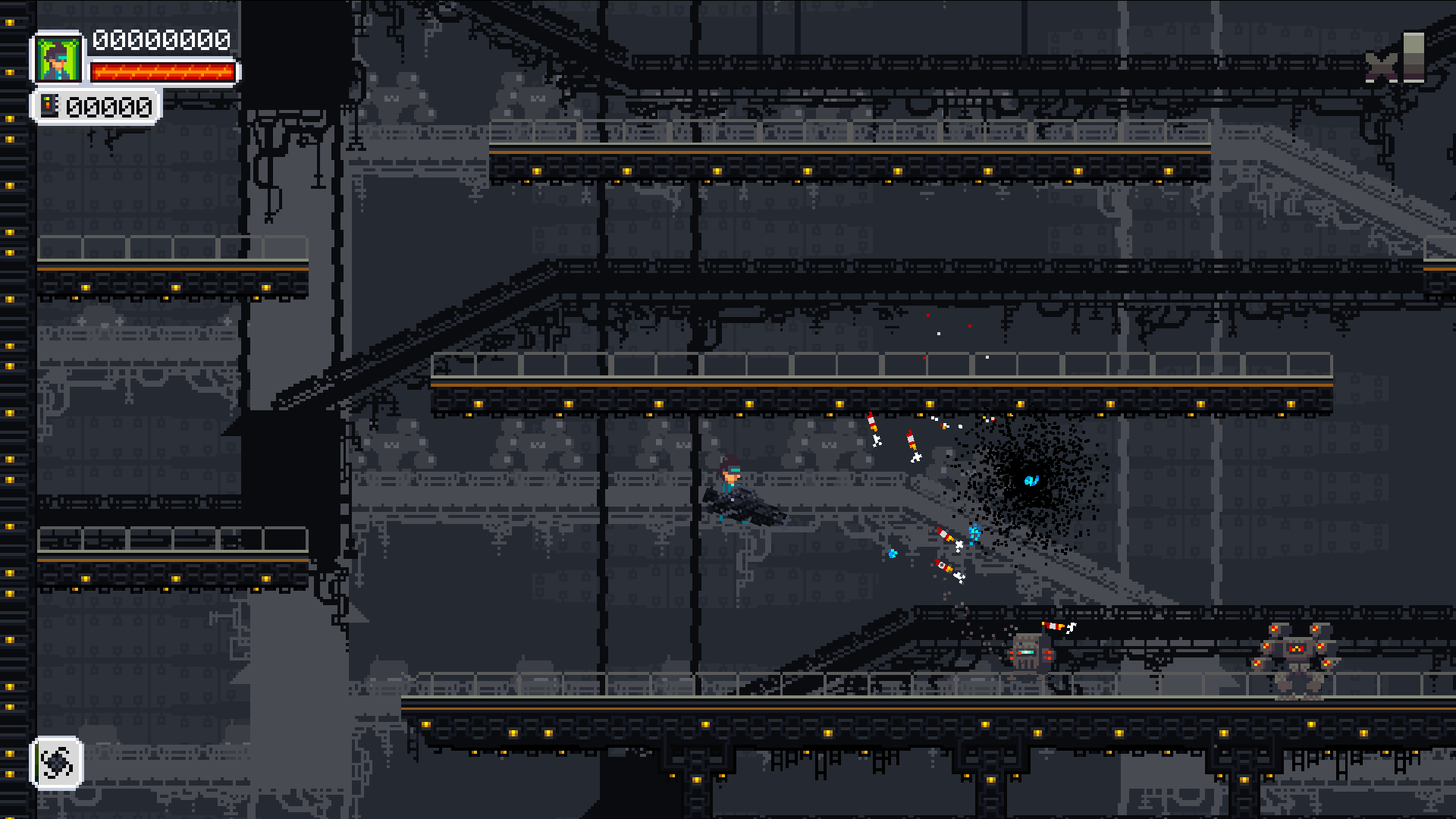 Boss Wave (@PachowStudios)
Boss Wave is a fast-paced arena shooter being developed by two guys where everything is synchronized to a high-energy soundtrack. Each level starts with you fighting enemies in an arena. Part-way through the level, the Boss Wave starts. This section transitions the game into an infinite runner with a massive robot boss chasing you. If you don’t destroy it before time runs out, it’s game over. 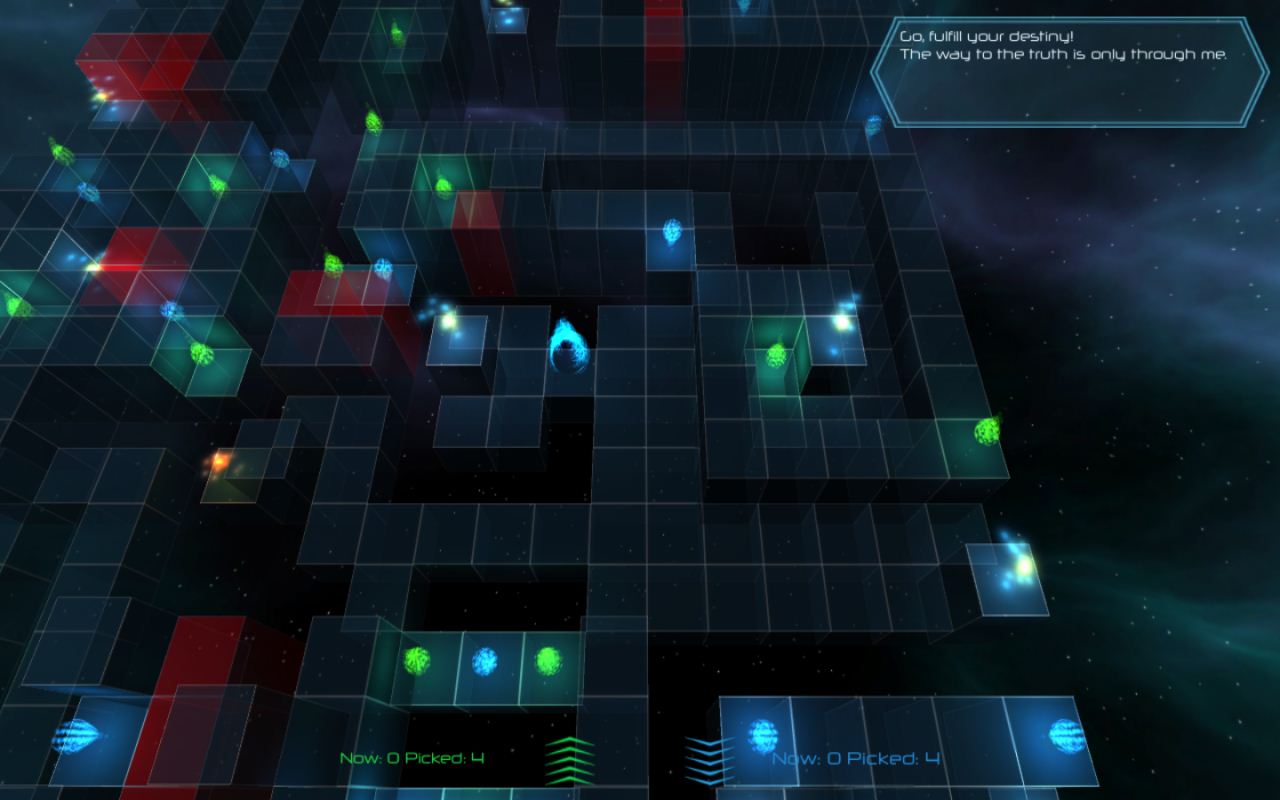