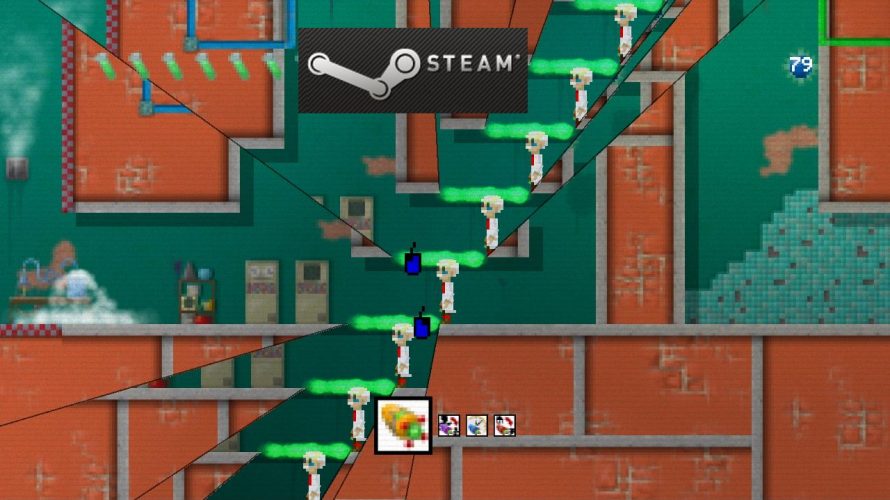 I reported on the release of Gateways back in June (link) and now, a few months later, it’s on its way to Valve’s popular digital store!

Gateways, from Smudged Cat Games, is a 2D puzzle platformer where you use a portal gun along with time travel to traverse the environment and progress through levels that start out simple enough, but later on the difficulty ramps up to truly mind-boggling heights.

Thankfully a hint system is in place to help those truly stuck, but its use requires a certain amount of orbs –  hints aren’t just handed out for free! So while there is some footwork involved before it can be used, it’s still more appealing than tabbing out to Google for a walk-through, especially since that may end up revealing more than you actually needed, while the in-game system only tells you what you need at that specific point.

On September 13th, Gateways will be available on Steam, but if you don’t feel like waiting you can buy it now for $10 from the Smudged Cat Games website (via. the Humble Store), and buying it from there gets you both the DRM-free version and a Steam key – once September 13th comes around that is. A demo is available from that same website, if you’re not entirely sold (get it?) on this one.