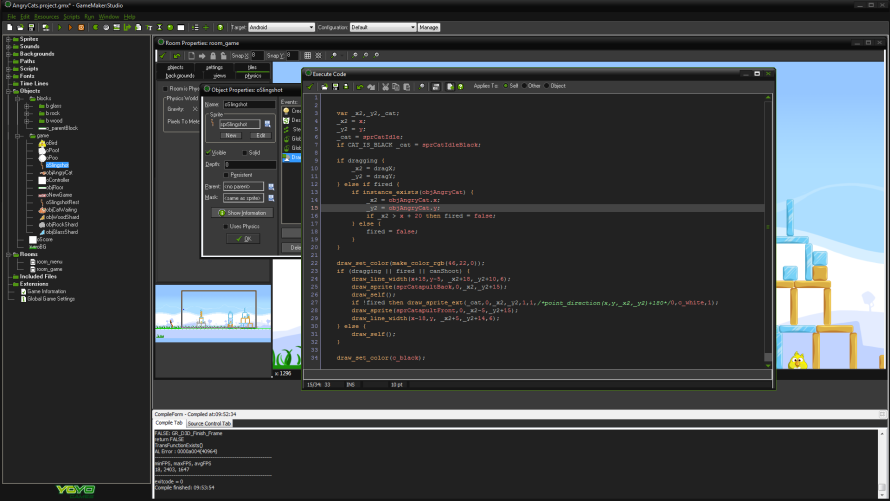 Great way to kick off GDC Europe 2014, eh? Nothing like one of the most popular game engines exploring new territory. This could very well bring forth ports of heavy hitters – or even lesser-knowns – in the near future. Here’s to hoping, but for now, let’s focus on YoYo Games’ recent announcement.


While the Xbox One is an awesome addition to the GameMaker: Studio platform support, it’s by no means its only, or even first, console. It is the first of Microsoft’s, however (as indicated by the whole ‘partnership’ thing), previously only being available on Sony’s PlayStation 3, PlayStation 4 and PlayStation Vita. That said, alongside support for iOS, Android and Tizen, we find the Windows Phone, so it’s not like this is the first time they [Microsoft] have dealt with Yo Yo Games.

On top of that, the arrangement also includes “enhanced support for current Microsoft platforms” (Windows RT, Windows 8.1, and Windows Phone 8.1), as well as support for future operating systems. Doubt anyone’s really surprised by that though, as it would have been silly for YoYo Games to settle for anything less than the full package – future-proofing included.

Developers eager to bring their creation, or make something from scratch, to the Xbox One will have to be patient for a while however, as it won’t be possible until Q4 2014. But hey, at least it’ll be available to all members of the Xbox developer program then, including ID@Xbox users. Oh, and you’ll need an Xbox One developer kit to export GameMaker: Studio content to Xbox One, although that pretty much par for the course.

(Source: Yo Yo Games blog)