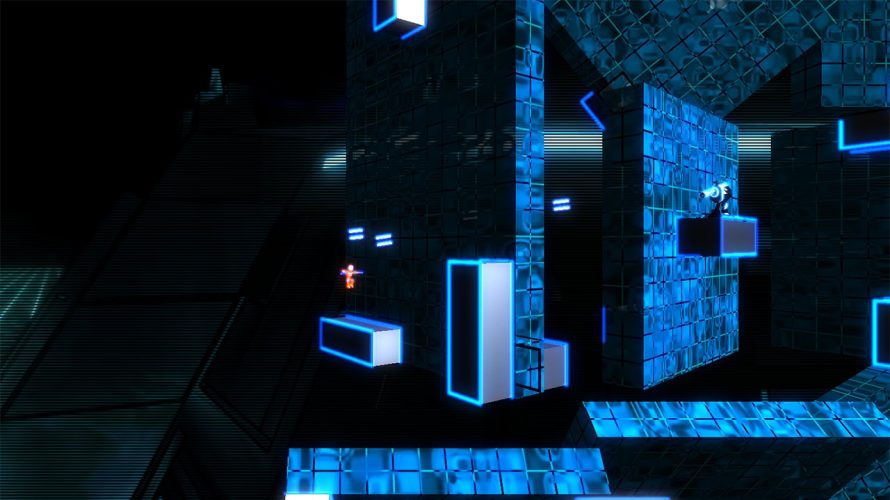 Malware, browser toolbars, viral infections, and adware all have one thing in common: they’re unwanted by most people. Incidentally, Exception tasks you with taking out the trash from inside the computer of [insert relative or friend name here]. Needless to say, with that crap clogging up the system, this virtual world is both dangerous and dynamic (wait, what?).

Hardly the deepest backstory for such a stylish platformer, but like in Sloth Patrol – another Will Traxler creation – you’ll likely be too busy trying to survive to notice, anyway. Nothing wrong with that though. Some games are meant to be all about pure, fluid fun, without lengthy cut-scenes or dialogue getting in the way. Based on the pre-alpha teaser (below), I’d say this one looks like a case of no-nonsense fast-paced skill-testing platforming, set in a world full of twists, turns, flips, and rotations. Good stuff.

Ever wonder what goes on inside your parents’ toolbar and virus infested computer? This is your chance to help defend the system from a onslaught of crippling malware. Join the desperate fight to dislodge entrenched viruses before a devastating computer crash.

Much that of like Super Meat Boy, SpeedRunners and similar titles, the focus is on getting from A to B as fast as possible (and in one piece). Ain’t about simply plotting a path and gunning it though, as danger lurks around every corner, and – get this  – there are pick-ups which literally changes your surroundings! Heck, at times, the world will change entirely on its own, forcing players to think on their feet (get it?), avoiding spinning sawblades and other ‘environmental hazards’. Guess that explains why malware is so dangerous, eh?

Bad jokes aside, it’s time for some bad news: Exception won’t be out until the second half of 2015, so for now, the nicely cut pre-alpha teaser (below) will have to do. Early footage or not, it’ll give ya a nice glimpse of what to expect. And now… we wait.