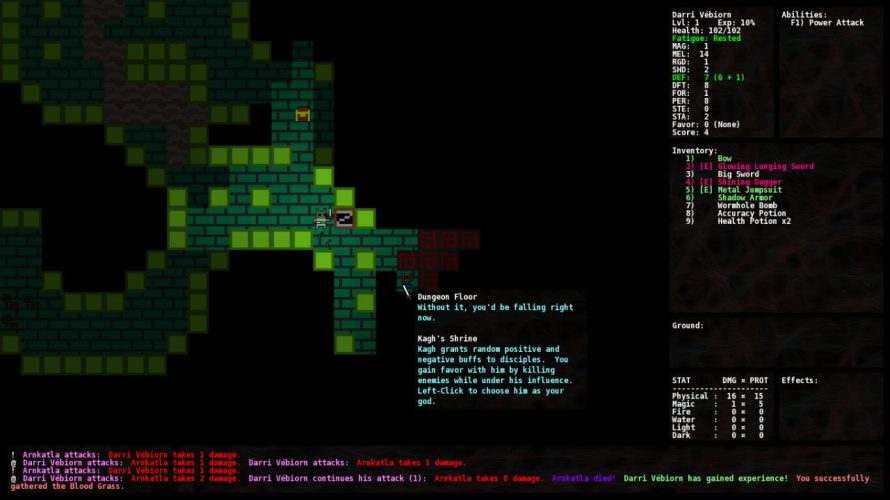 As is the case with most roguelikes, Epilogue comes equipped with plenty of monsters to slay, more loot than you can carry and enough uncharted territory to make a cartographer’s head spin. But where it stands out, is with a thick layer of strategy that’s generally not seen in the genre, and a character creation system so deep that everyone will likely be able to find a combination to suit their playing style.

Years ago, the last heroic types failed to defeat Slith, the demonic overlord. Now, all peoples live as mindless slaves to him, and have for many generations. In this great absence of combat, your mind has been left to wander and you have started to realize who Slith is and what has happened to your people. Now you are free from his control and must defeat him once and for all!

Sounds like the world is in need of a hero, and I think we both know who’ll be playing that part. Although something tells me that most play roguelikes for things like character progression, combat, and loot, rather than the story; it’s a good thing that there’s plenty of that in Epilogue then! And with the Mac version finally joining the previous Windows and Linux releases, everyone can take a stab at this dungeon crawler. That is, provided one is willing to part with $6.99 for the full game from Desura, while those who prefer a try-before-you-buy can give the demo a go.

Be sure to check out the developer’s website for more information.