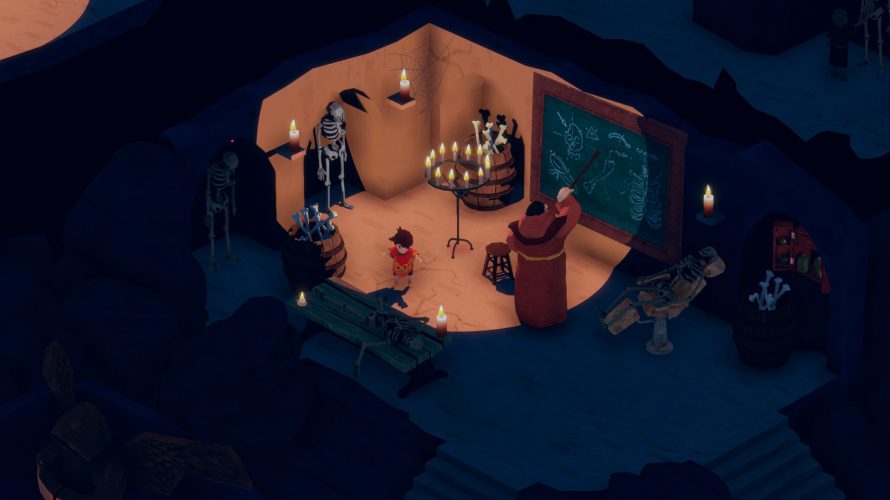 The world can be a dangerous place for a six-year-old. Very dangerous. That’s not going to stop El Hijo‘s same-named protagonist from finding his mother, though. See, for some inexplicable reason, bandits figured it’d be fun to raze their farm to the ground, events transpired, and El Hijo finds himself at a secluded monastery. For his own protection. Unsurprisingly, there’s no way he’s staying put, separated from his mother at that age.

Might not have been the smartest thing he’s ever done, even at such a young age, as his only means for avoiding any and all dangers is to be sneaky-sneaky. Really sneaky-sneaky. This is where the creative mind of a child truly gets to shine, however, distractions created from the most unusual of sources. Anything to get by the outlaws and other would-be troublemakers standing between El Hijo and his mother. Shadows will be his best friend on this journey across deserts, boomtowns, even the odd monastery or two – much like, you know, fireworks. I think. Maybe?

On his journey, he will find himself in a remote monastery, a harsh and unforgiving stretch of desert and a frontier town rife with crime and villainy.

Oh, almost forgot to mention… somehow, in some way, El Hijo just might be able to actually “inspire other children towards the path to freedom”. Does this mean we’re potentially dealing with a 6-year-old revolutionary in this game? Stealth, spaghetti western, revolution. There’s a winning combination. It’s also quite possibly way off, the quote actually referring to our protagonist helping other kids leave monasteries behind in favor of that ever-elusive freedom. Ah, sweet freedom. Just don’t forget: El Hijo’s mom is still out there somewhere.

El Hijo is available on Steam, GOG.com, and Stadia.