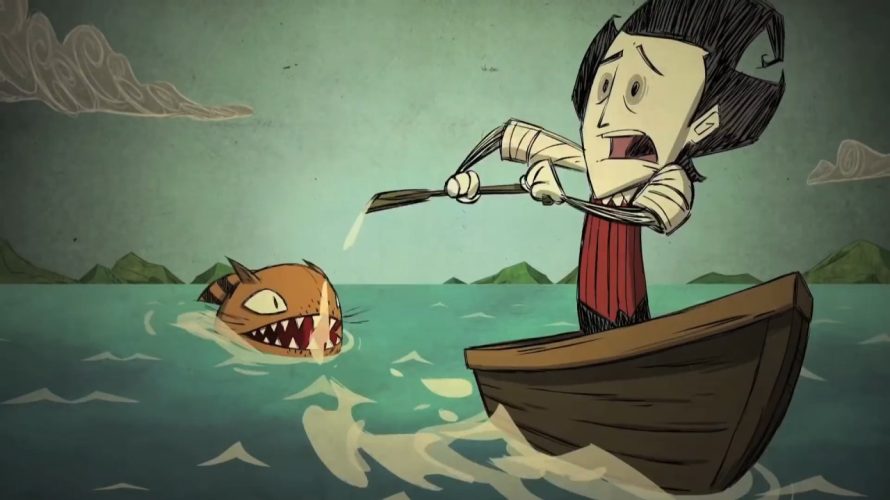 Don’t Starve. I believe that was all you had to worry about in the game, for the most part, at some point… way back. But nowadays you also have to deal with sanity levels, seasonal changes and the threat of giants, whether it be alone or with friends – friends who’ll literally haunt you upon dying! Oh and this awesome blend of survival, horror, and crafting will soon(-ish) be even better (and more dangerous!), with the addition of its naval expansion, Shipwrecked. Groovy.

With the help of Capy, creator of the stylish puzzler, Superbrothers: Sword and Sworcery, Klei has set out to expand the Don’t Starve universe yet again, and we won’t have to wait long either, as Shipwrecked is due for release this fall. Although whether that release window is referring to an Early Access launch, as was the case with both Reign of Giants and Don’t Starve Together, remains to be seen.

Wilson and the whole Don’t Starve cast of characters embark on a sea-bound journey of exploration, adaptation and of course, starvation.

As is often the case with announcements like this one, not a lot of beans have been spilled. We do however know that the playable cast will be expanded upon, along with additional biomes, creatures and… new seasonal effects? Peculiar. I wonder if there’ll be sea shanties? Well, probably not, but I for one still wish fall was here already!