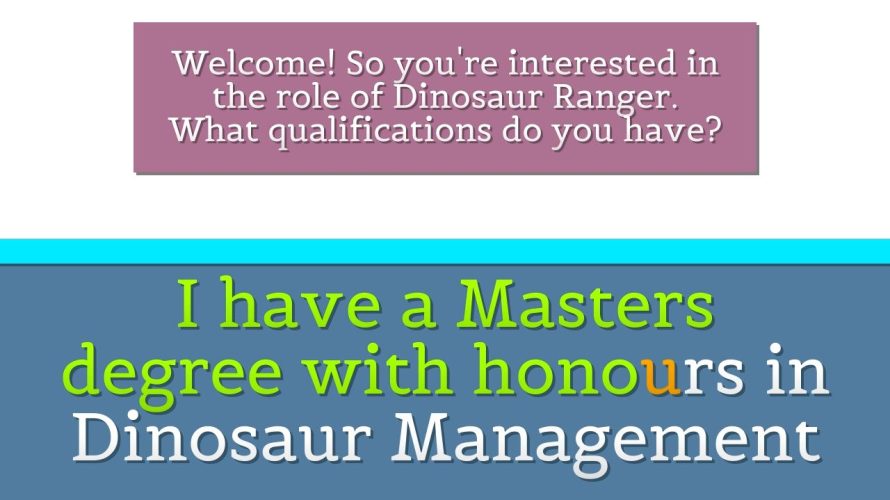 Ugh. Job interviews. No one likes them, but we’ve all been there at some point. I mean, gotta pay the bills somehow, right? But in this game, you’re not applying for a regular nine-to-five gig. No siree. Here, it’s time to put those typing skills to the test, because you only have one shot at becoming… a dinosaur ranger!

In this game with a ridiculously long name, you’ll be struggling through an interview, hoping to land the job of your dreams. There’s just one tiny problem: for some inexplicable reason, you decided to consume a massive burrito for breakfast, and, well, that darn thing decided to throw a party in your stomach! So for the sake of your health, better answer those questions quickly, or face the aftermath of an… ‘accident’.

There’s no denying that ‘dinosaur ranger’ is an odd job, and the conversation potentially leading to you landing it almost more so. Typical questions like “where did you study?” and “what are your qualifications?” kick things off, with simple answers; simple to type, that is. What? Did you miss the part about this being a type-fast-or-lose game? Well, now you know!

It’s not the most challenging ‘typewriter’ experience ever, especially since you safely ignore capitals, but that doesn’t mean you can just mash random letters. Make even a single mistake and the clock will start ticking down. Continue down that road, and you’ll soon find yourself facing not only a semi-humorous game over text, but also a trip to the unemployment office. 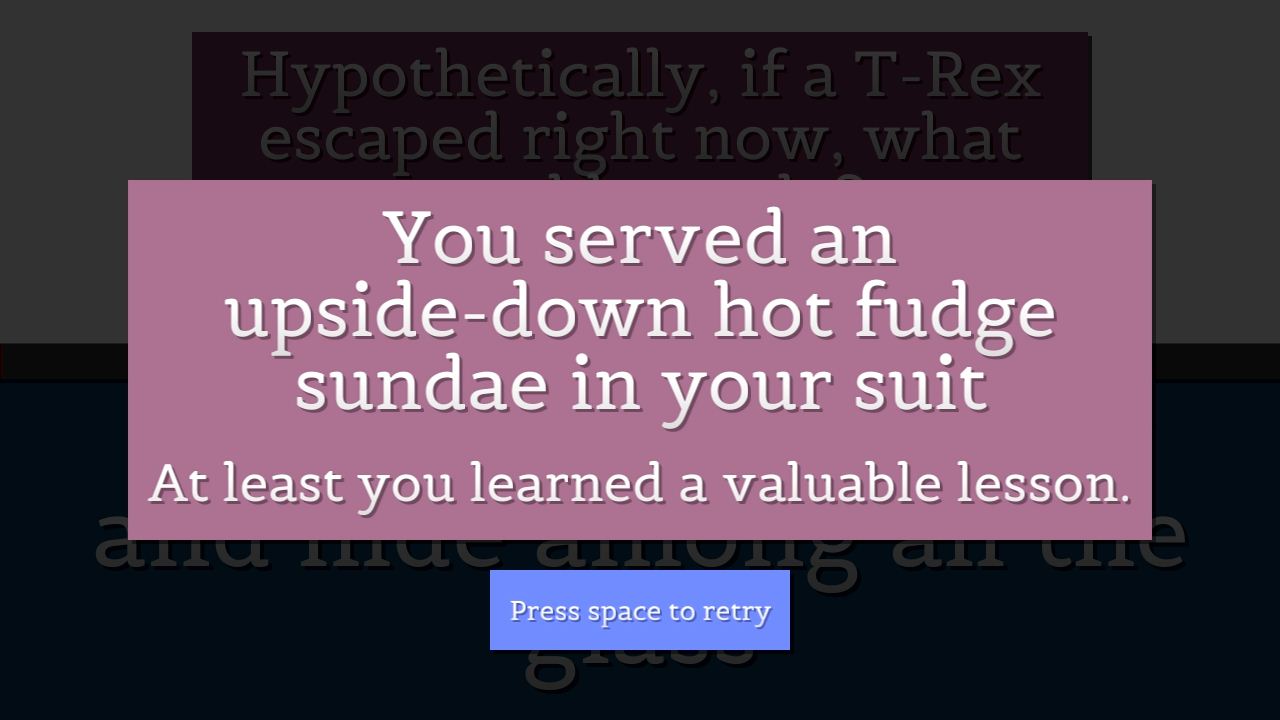 While not the longest game ever, a few surprises does help turn an otherwise rather basic conversation into something… interesting. A cautionary tale, a typist challenge and an interview, all mixed into one – Dinosaur Ranger Interview: Burrito Challenge SUPREME proves that job interviews can be enjoyable, even if in a virtual format. Actually, how about grabbing the game from its Ludum Dare 28 page immediately, and flexing those typing skills?