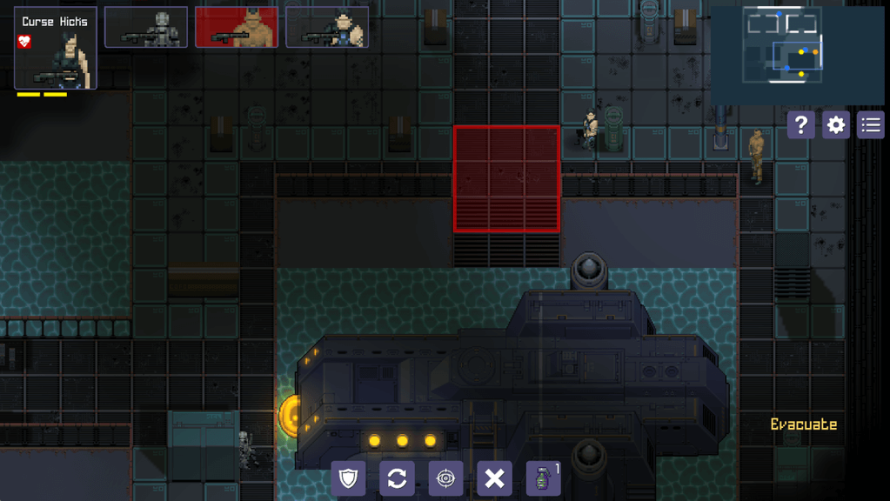 In Depth of Extinction, someone  – or something  – is out to destroy humanity. Again. Hardly the most original plot, ya know? That said, even if it doesn’t turn out to bring a slew of fun twists and turns, I suspect the tactical aspect will make for an enjoyable experience still. One which makes promise of crazy things like… oh I don’t know… permanent death! Yeah! Because your squad in this game is way too badass for retries. Either they get the job done or die trying. Simple as that.

It’s kill or be killed, as the lot faces a wide variety of enemies, each with their own unique behavior in combat, meaning you’d do well to make friends with cover whenever possible. And stock up on any and all weapons you can get your hands on. With procedurally generated battlefields, the only advantage you’ll be able to get is that of tactical prowess, as chances are your opponents are more ‘in the know’ than you regarding the area you just entered. What? No one said it was going to be easy.

So remember: shoot to kill, keep your arsenal upgraded, squad members at their peak, and carefully consider each and every action, because as mentioned earlier, there are no second chances in this war. A war which takes place in rather lovely – and destructible pixellated environments. May want to keep that last bit in mind. Just saying. It could very well save lives.

Now, while that does sound undeniably fun, Depth of Extinction is currently only available in limited quantities, on top of being, well… First Access (essentially the itch.io version of Steam’s Early Access). Not sure what the deal is there, and at the time of writing, only 69 (quiet in the back) copies remain. They do plan on putting the game on Steam Early Access at some point between now and the October 2017 ‘full version’ release, so I guess this is a bit of a test run? A paid demo? Who knows.

Depth of Extinction [First Access] is available from itch.io, carrying a $10 price tag.