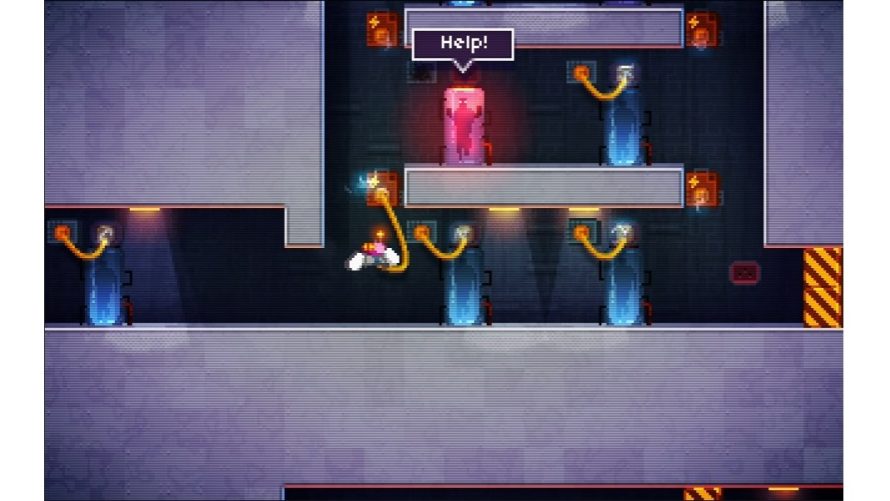 You are CHIPSET-0, a maintenance robot tasked with reconnecting humans to the system servers, so that they may once again be part of our… virtual worlds. Right. So basically, robots are evil, have taken control of humanity, and a bunch of humans managed to ‘escape’ by unplugging themselves. Time to fix that, in this futuristic puzzle platformer.

While originally made for Ludum Dare 30, which had developers craft new games under the theme Connected Worlds, Chipset-0 has since been expanded upon for a post-compo release. This is also the version I played, although I’m not entirely certain as to what’s different, seeing how its creator hasn’t revealed that. Whatever the case, post-compo or not, it’s easily among most polished and unique Ludum Dare creations I’ve come across in quite some time.

Now, in order to get the job done, CHIPSET-0 – the protagonist, not the game – has to climb walls, deal with [spoiler], connect wires, to then disconnect said wires and reconnect them somewhere else. See, on top of letting ya plug humans back into the system, the [wires] also serve as a means of flicking the switch on platforms and other fun things. 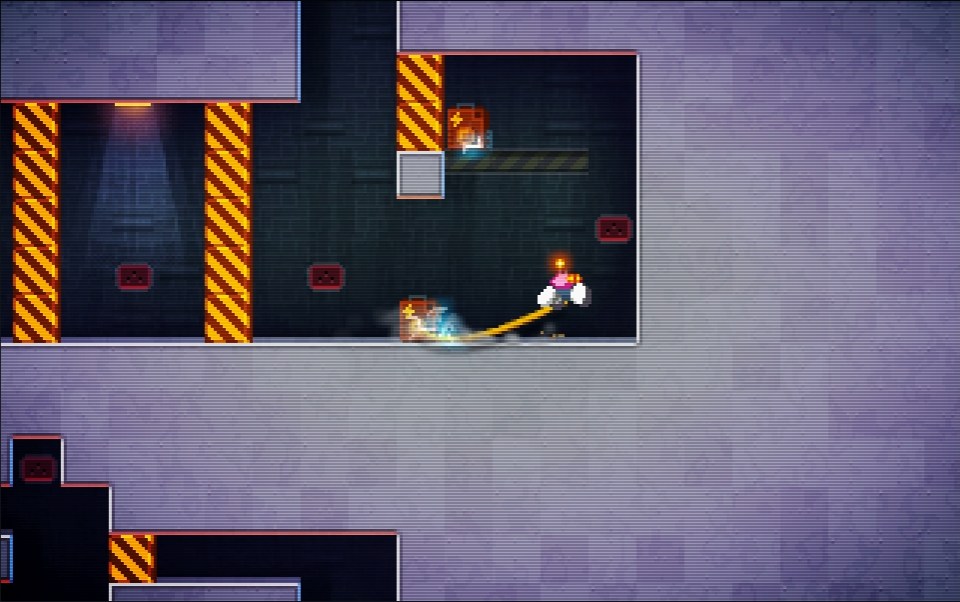 Needless to say, this is where the puzzle element comes into play, as you’ll often be dragging a wire along while doing a bit of fancy wall-jumping in order to enable/disable a specific part of the environment, which then allows you to progress. It never gets overly tricky though, and there are no crazy precision platforming segments either.

What the game does however feature, is an amazing art style, some groovy music, and a quirky sense of humor, which altogether makes for some fun puzzle platforming. In fact, the only thing I didn’t like about Chipset-0, is that the darn thing is too short, even with its multiple different endings! I wanted to keep going, see what lied ahead for the mechanical janitor. But alas… well, you’ll see once the credits appear.