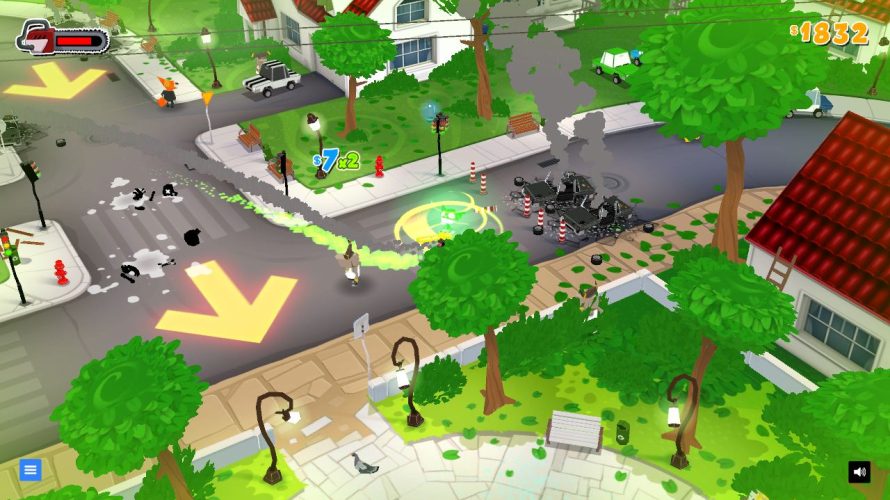 It’s a mystery how developers get the crazy ideas for some of the games we’ve seen over the years, and this is no exception. Maybe catnip was involved? Whatever the reason, CATDAMMIT! is a completely over-the-top destroy-everything-in-your-path game, where you play as Roman, a milcoholic cat, hell-bent on wreaking havoc across Catville. Why? Simply put, cursed chainsaw. That’s right. They exist. Look it up.

If you’ve ever played The Incredible Hulk: Ultimate Destruction, then CATDAMMIT! is bound to give you a very familiar feeling. Even if you’re not a green giant capable of throwing tanks around and (almost) leveling entire buildings, by simply clapping his hands, players are presented with a similar level of destruction and violence here. What’s that? “Video games are too violent these days”?! Seriously? Well, maybe you should try [insert non-violent game here] instead then. Sheesh.

As for the rest, those of you who enjoy games with a dose of mayhem and chaos, this one is right up your alley. Trust me. Just look at the quote above, and tell me that doesn’t sound like a good (virtual) time? Promise me you’ll never consider becoming a cat and going on a rampage in real life though… that and, I hear finding a cursed chainsaw is rather difficult, outside of video games.

Your ‘objective’, besides raising hell across town, is to reach the spot marked with an ‘X’ in one piece; Roman that is, what happens to everyone else is irrelevant. Ain’t a simple matter of getting there, though, because your weapon of mass-destruction will overheat after a while, and unless you cool it off by picking up water bubbles… KABOOM! No more fun time with Roman. Other than that, it’s up to you to decide who gets to live, which cars are parked in the wrong spot (so to speak) and when to grab that frenzy-inducing catnip – just don’t forget to cool off before things get too hot, or you’ll be presented with a screen similar to the one below. 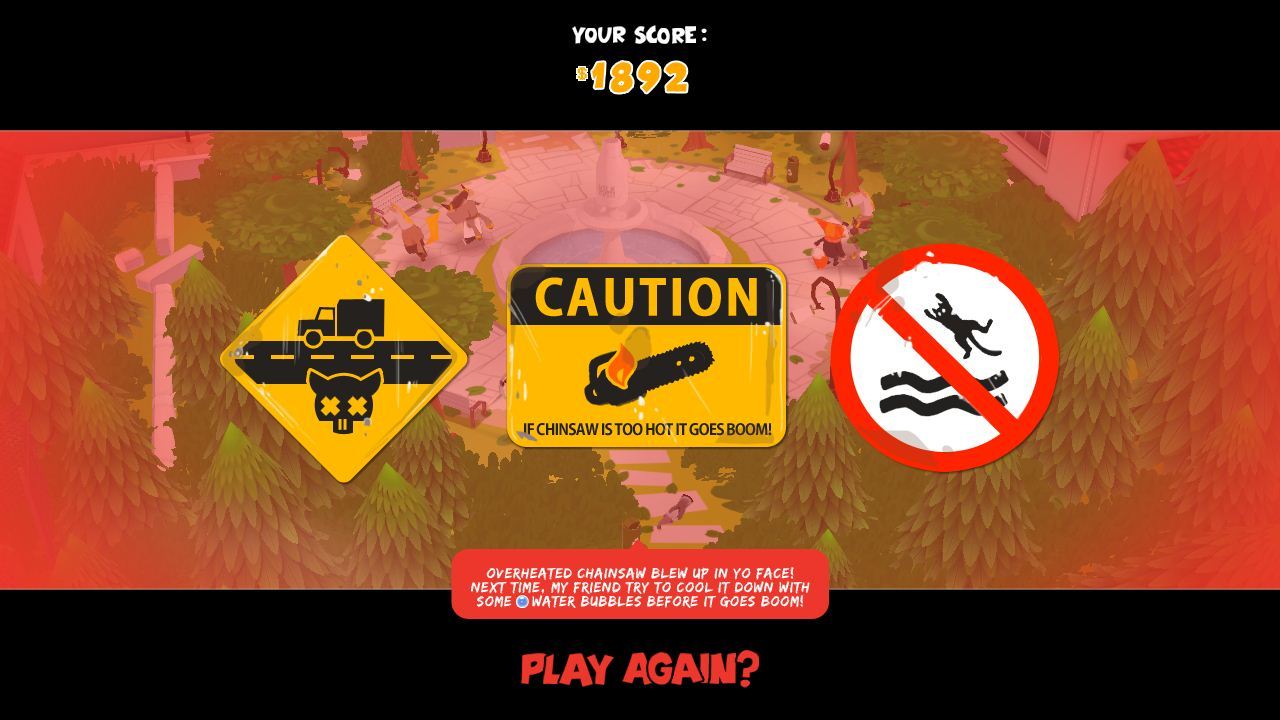 Note: Don’t try to make sense of it all, because it won’t. It just won’t. But sometimes, that’s exactly what we need from a video game. One that just lets us kick back and go nuts, without having to think about the greater meaning of it all. So fire up your favorite browser and join Roman in… CATDAMMIT! (meow?).