Listen up, soldier! A war has been declared on several fronts and Bundle In A Box has rallied a total of eleven troops. Do you have what it takes to kick ass and take names? Or are you going to ignore this digital call to arms?

From role-playing games to a strategic lot, Bundle In A Box is continuing the themed bundle trend, and holy Christmas, what a lovely lineup. But before we get to that, a quick reminder of what’s what: $2+ nets you seven games while beating the average puts all eleven in your shopping basket (along with a complimentary box). That’s right, eleven games, every last one placed firmly within the realm of strategy.

The games featured lets you fend off robotic hordes, rewrite history, struggle against overwhelming odds in space and visit the cold war, among other things. Tell me that doesn’t sound like fun. Although if you do, I may have to put you in a (cardboard) box for at least an entire minute. So if you’re a strategy fan at all, grab the lot – you’ll never find them at this low a price again, that much is certain. And we mustn’t forget about all those delicious unlockable extras, which include… wait, what?! the AI War prototype? Awesome.

Since I’ve gone through the trouble of linking Greenlight pages where appropriate, be sure to give those some attention too, eh? One last thing before we get to the games: don’t forget to vote on the Indie Dev Grant! All good? BRING FORTH THE GAMES!

(Note: descriptions are from the press kit). 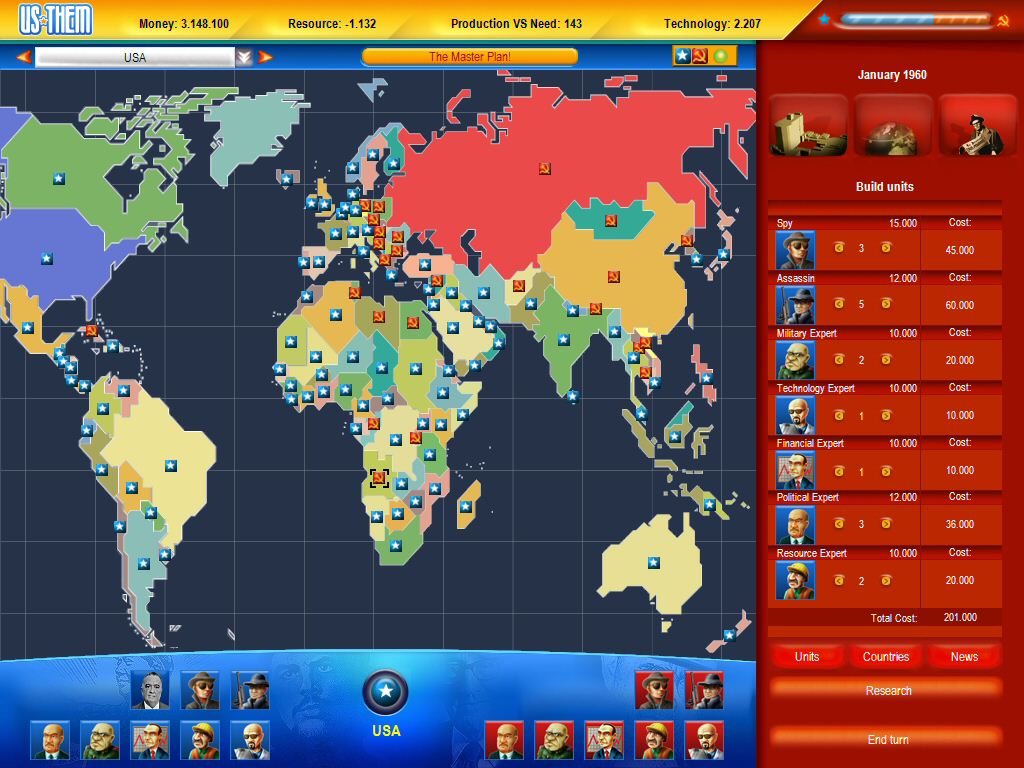 US and Them – Cold War (Windows)
“Us And Them – Cold War” is a turn-based strategy game taking place during the Cold War. It is a game of territorial expansion where the rivals do not attack their opponent using military force. Instead they are using an army of spies, assassins and all sorts of experts in order to destabilize the enemy’s countries socially, economically, politically and finally have them join their own political block. 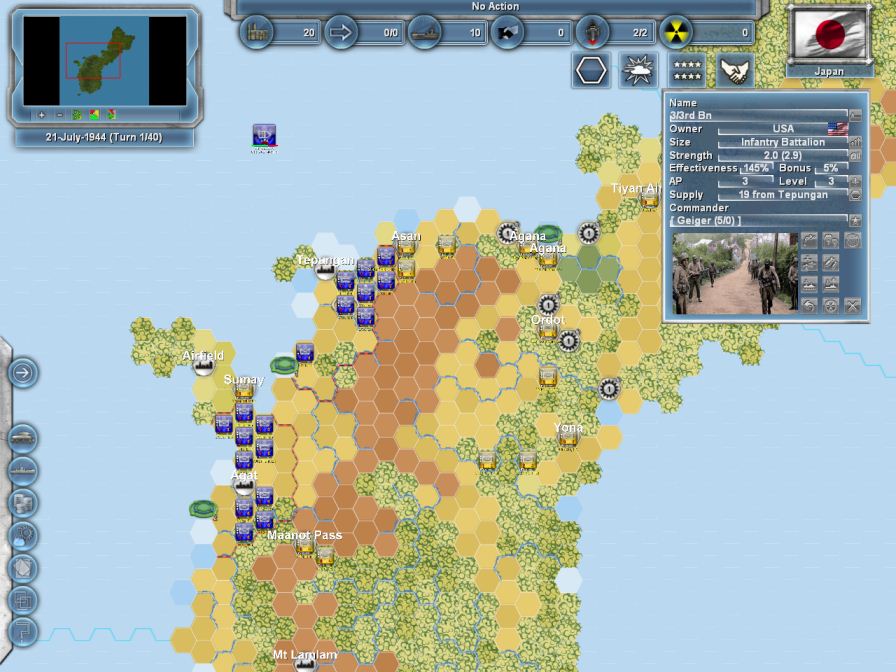 Storm Over The Pacific (Windows – Desura)
Control the armies of the USA, Japan or any of the 26 other available nations over 4 big campaigns and ten scenarios that take the player to the countless islands of the Pacific, China and Australia. Accurate map projections, numerous historical events and precise army structures let you become a great leader engaging in land and sea battles and change the course of history during hundreds of hours of unique gameplay. 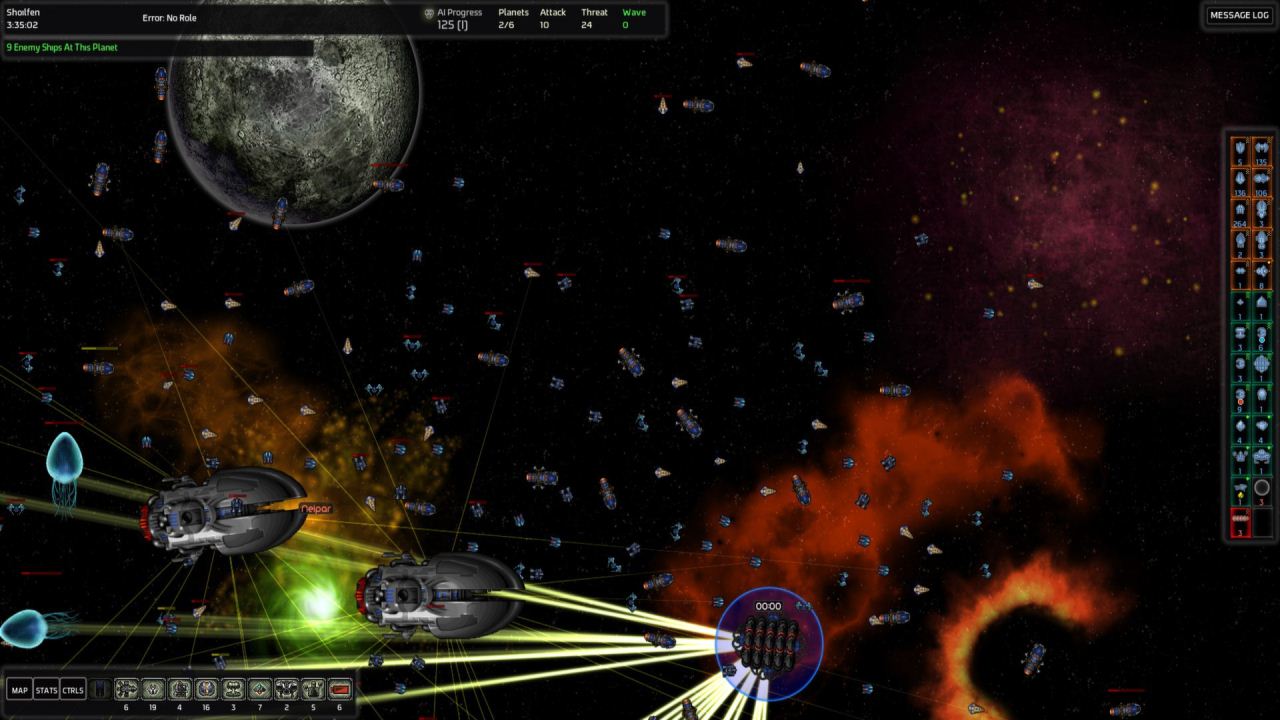 AI War: Fleet Command (Windows, Mac – Steam, Desura)
Humanity has already fought its war against the machines — and lost. AI death squads stand watch over every planet and every wormhole, the few remaining human settlements are held captive in orbiting bubbles, and the AIs have turned their attention outward, away from the galaxy, to alien threats or opportunities unknown. This inattention is our only hope. 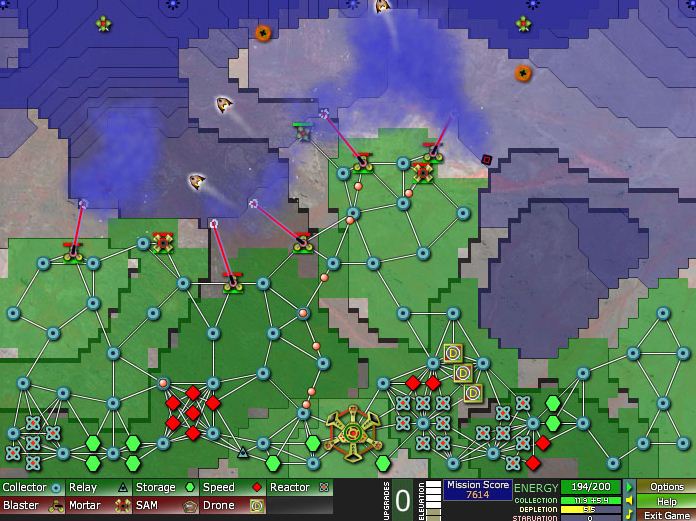 Creeper World (Windows, Mac)
Imagine an enemy that is everywhere and moves like a giant, organic mass across the map. Imagine your base and your people surrounded by a blanket of crushing destruction from all directions. Your only hope, well what hope? Just take the high ground and try to pound this enemy into oblivion. 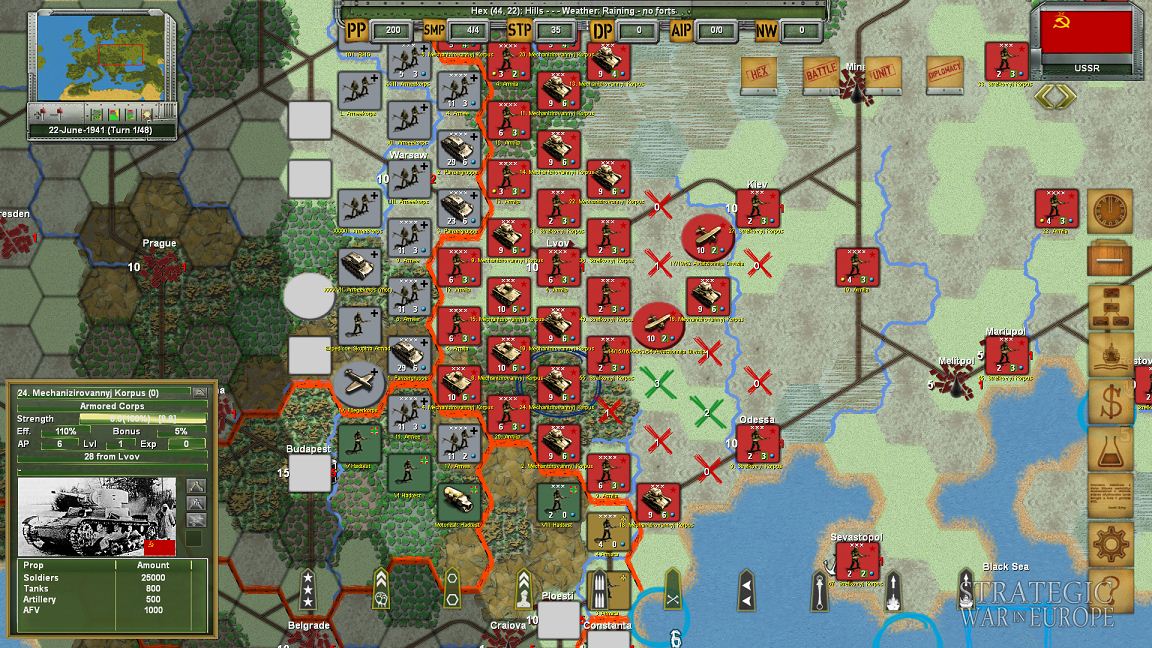 Strategic War in Europe (Windows, Desura) Greenlight
Strategic War in Europe is a grand strategy game allowing you to command one or more of 25 countries and battle either against the AI or your friends (via PBEM or hot-seat multiplayer). War, policy, technological progress, recruiting units, conquest – this is all in your hands. There are no restrictions in the actions taken during each turn… move your units, maintain those supply lines, attack, defend, purchase armaments and hope for good weather. 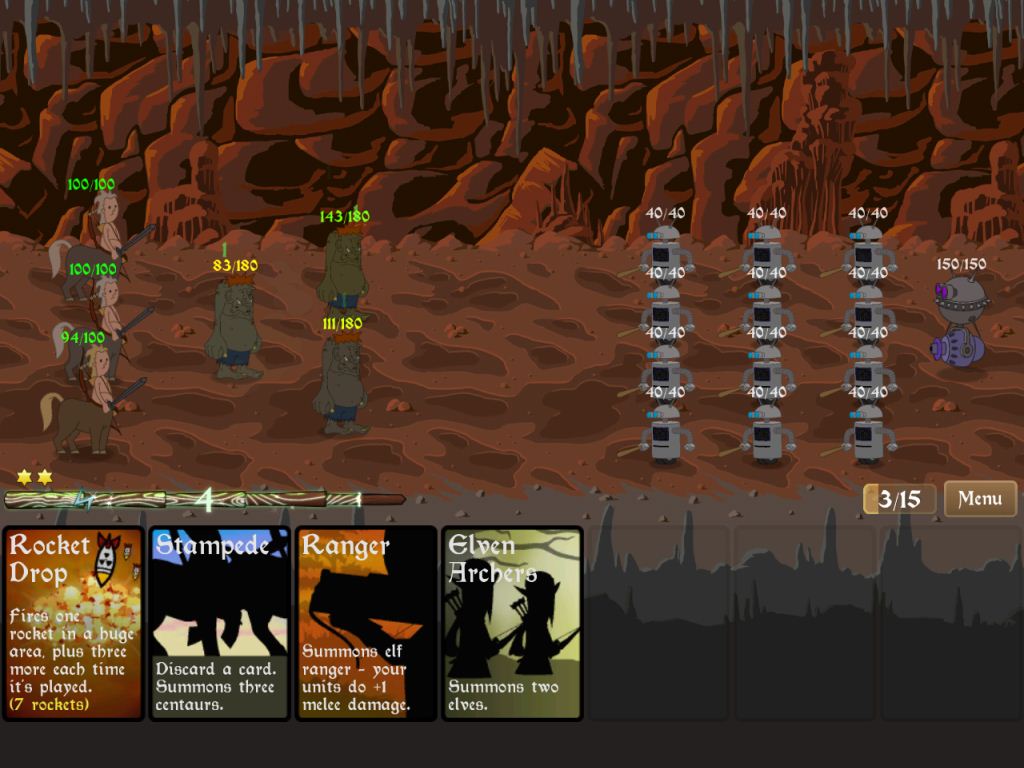 The Trouble With Robots (Windows) Greenlight
Build decks, cast spells, summon powerful creatures (or hordes of angry peasants), and defeat legions of invading robots! As you play you will unlock new cards to further customize your game. 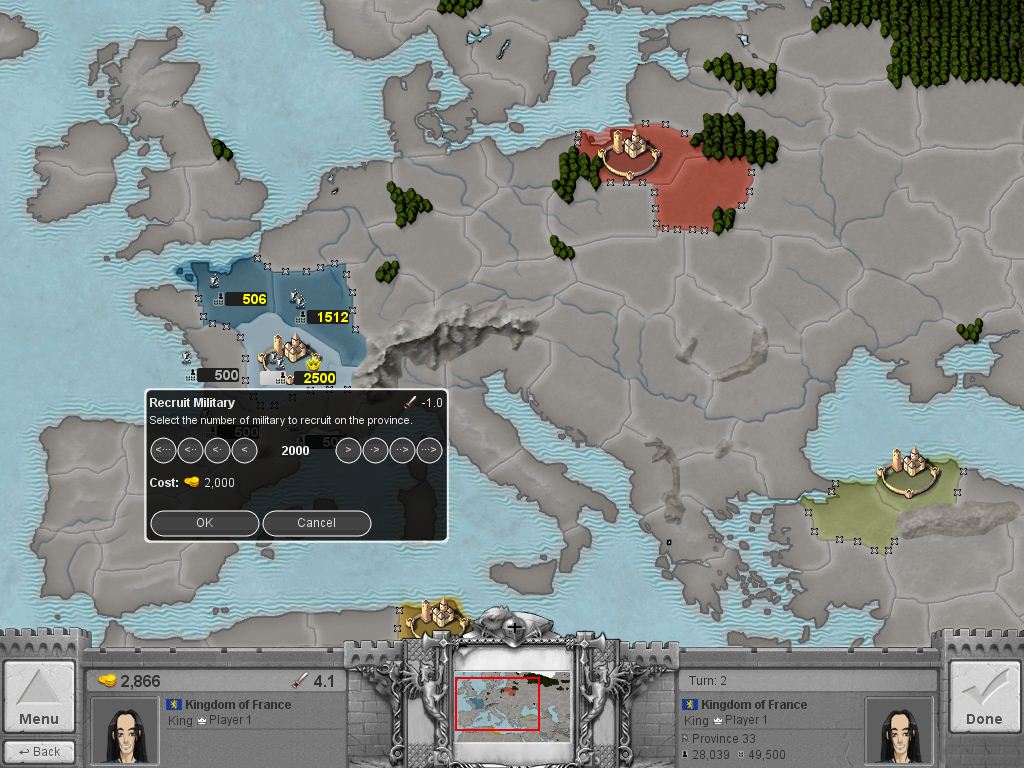 Age of Conquest III (Windows, Mac, Linux – Desura) Greenlight
In one game, up to a hundred players vie for supremacy, but only one can be victorious. Every game you win pushes up your score, until you don’t just dominate the world, but also your fellow players. So, will your place be in the history books or in the mud? Will you govern or will you grovel? Do you have what it takes to rule the known world? 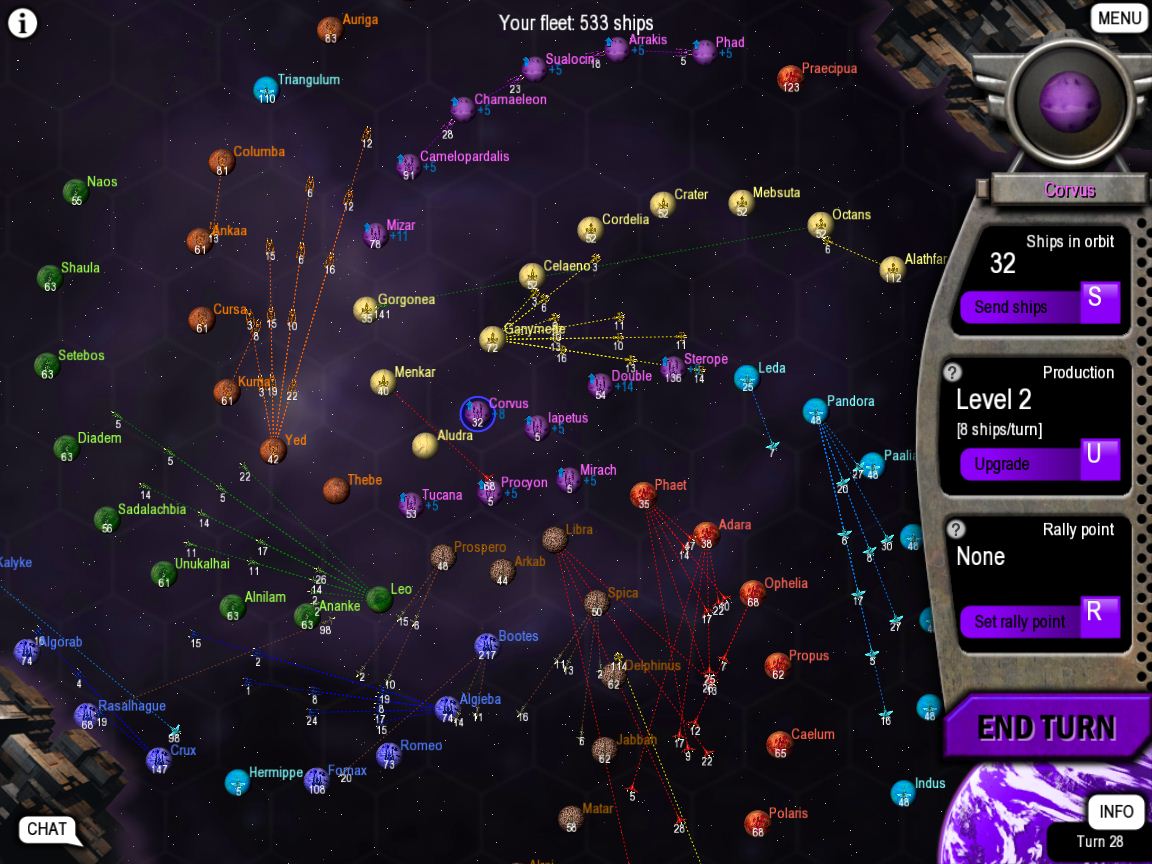 Mayhem Intergalactic (Windows, Steam)
Wage war on your friends and enemies in this simple and engaging strategy game. Easy to learn and quick to play, Mayhem Intergalactic is surprisingly strategic. Play against the computer, or duke it out with friends over the internet. The universe shall be yours! 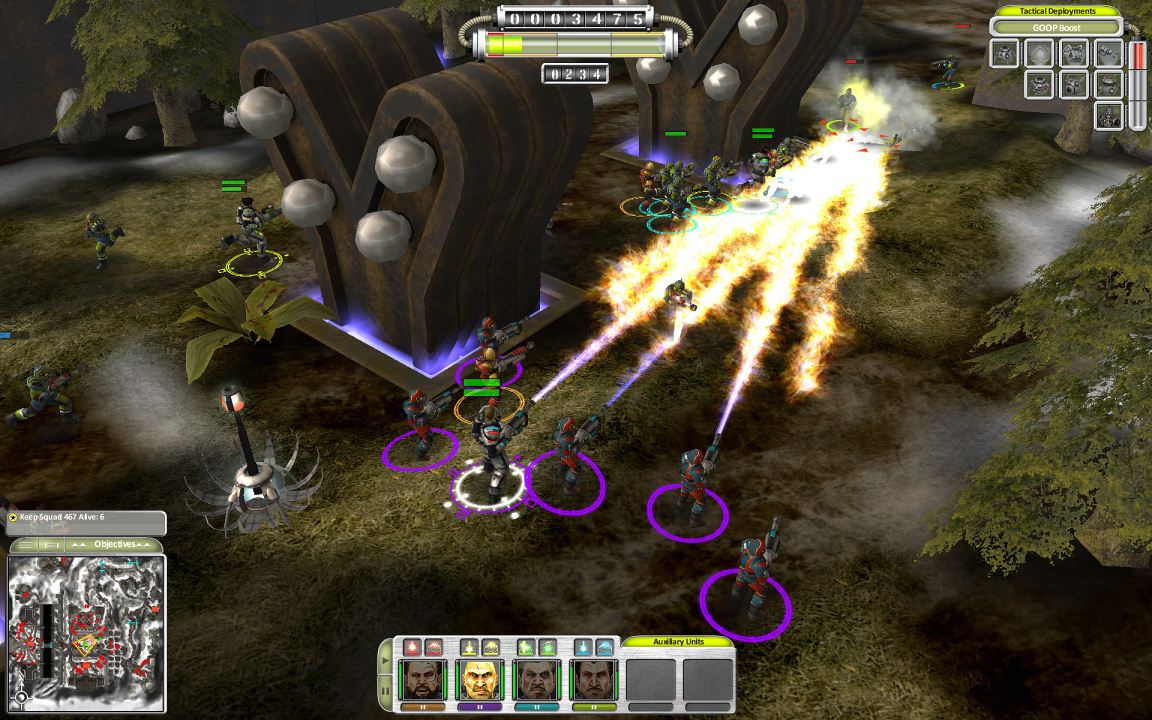 Project Aftermath (Windows, Steam)
Engage in hectic massed battles against hordes of enemies. Capture strategic locations, rescue hostages and slaughter indiscriminately! Explore the landscape to locate hidden treasures and uncover the secrets of both your enemy and the mysterious planet you find yourselves on. 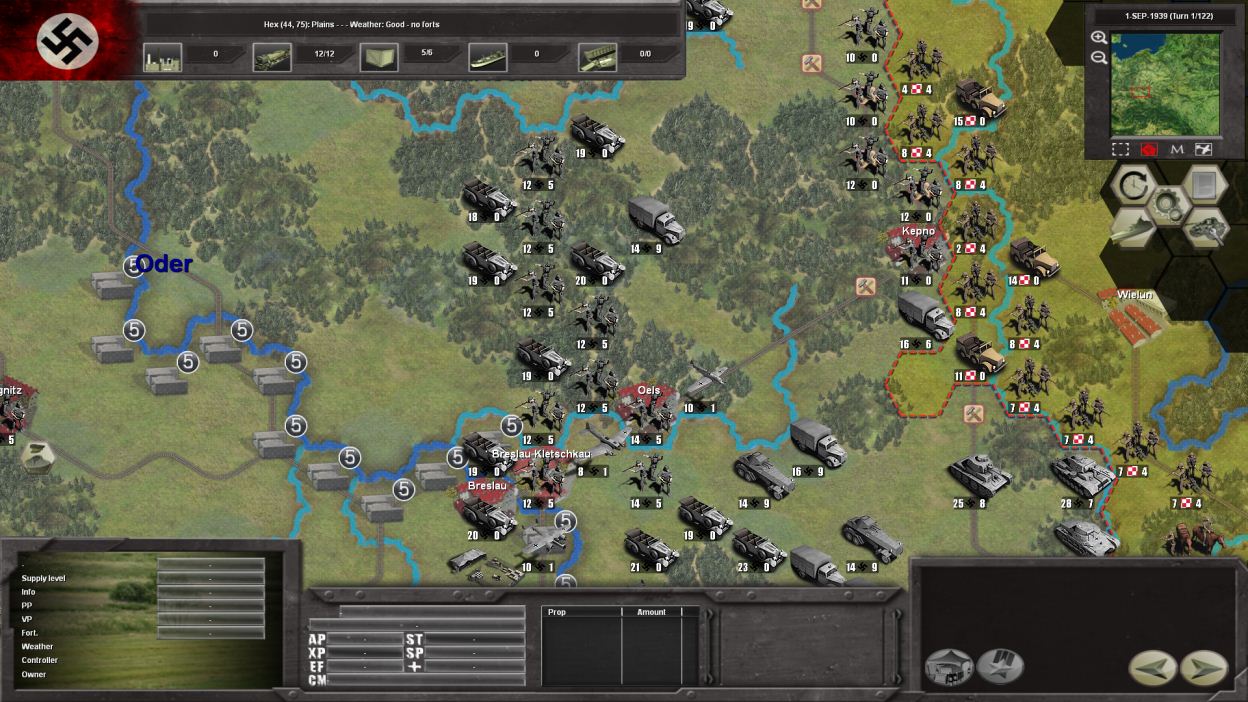 Fall Weiss (Windows)
The main goal of the game is to change the course of history as Poland tries to defend itself for as long as possible. Hopefully until the French offensive in the West begins. As Germany, your goal is to defeat Poland faster than in a month, while the USSR is trying to increase its gains. 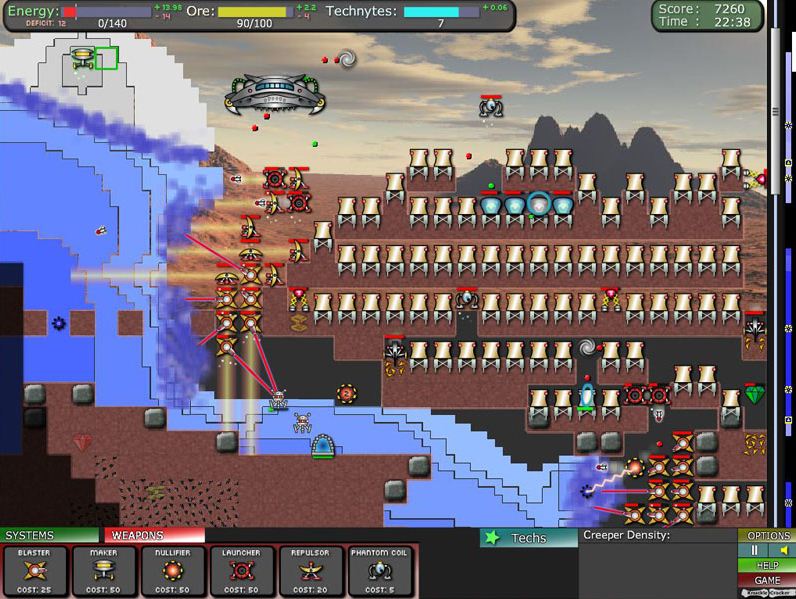 Creeper World 2 (Windows, Mac)
Employ advanced weapons,gravity manipulating repulsors, wormhole like rifts, and your own wit against a never yielding adversary. Excavate terrain, unearth techs, crystals, remnants and other artifacts. Face a new mechanical terror that employs gravity manipulation against you and join the fight to save humanity in a fantastic take on the tower defense formula.

How’s that for a bunch of great strategic opportunities? Spend the minimum or break the ban– I mean, beat the average; just make sure you buy this Bundle In A Box. Do be quick though, for it will gone in two weeks. Remember what I said about the box. Bundle up!