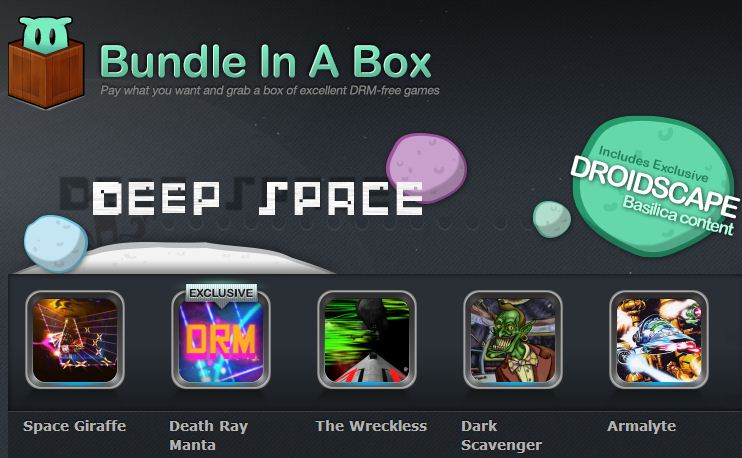 In space, no one can hear you scream.. and I’m sure there’ll be some joyful screaming when you see what this second Bundle-In-A-Box contains, and the price is as high as you want to be, since it’s sold as pay-what-you-want!

If you’re not familiar with Bundle-In-A-Box, it’s a collection of high quality indie games, both brand new and some a bit older, this bundle even marks the début of Rob Fearon’s arena shooter Death Ray Manta, but that’s just the icing on a delicious cake, so let’s dive in and take a look at the entire thing instead: 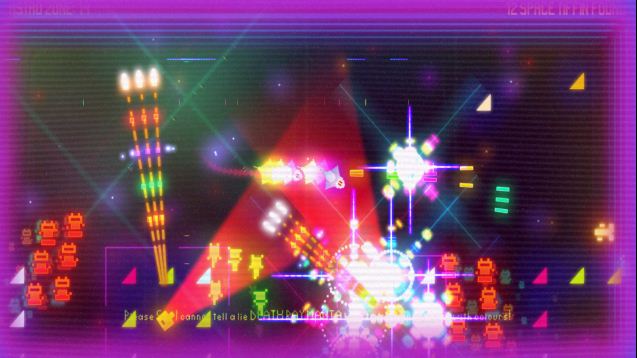 Death Ray Manta (PC, DRM-free)
An extremely bright and flashy arena shooter where you blow stuff up, while experiencing the history of arena shooters, from Robotron to Geometry Wars and even.. zombies (what?!). In short, Death Ray Manta is video games and it is so preeeeetty and colorful! See for yourself. 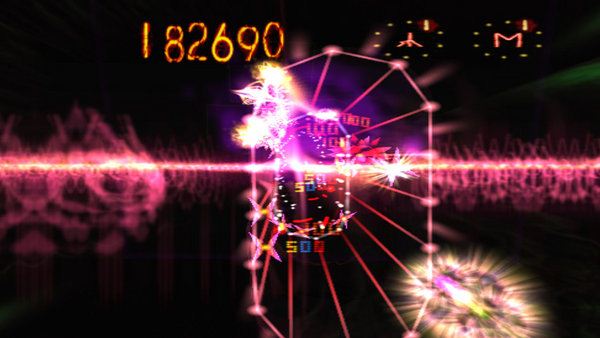 Space Giraffe (PC, Steam + DRM-free)
Remember Tempest 2000? This is pretty much the evolution of that, complete with 200 levels of easy-to-learn-but-hard-to-master gameplay, flashy visuals, two remixes of the same game and obvious arcade roots. Plenty of bang for your buck in this one, especially if you enjoy chasing high scores! 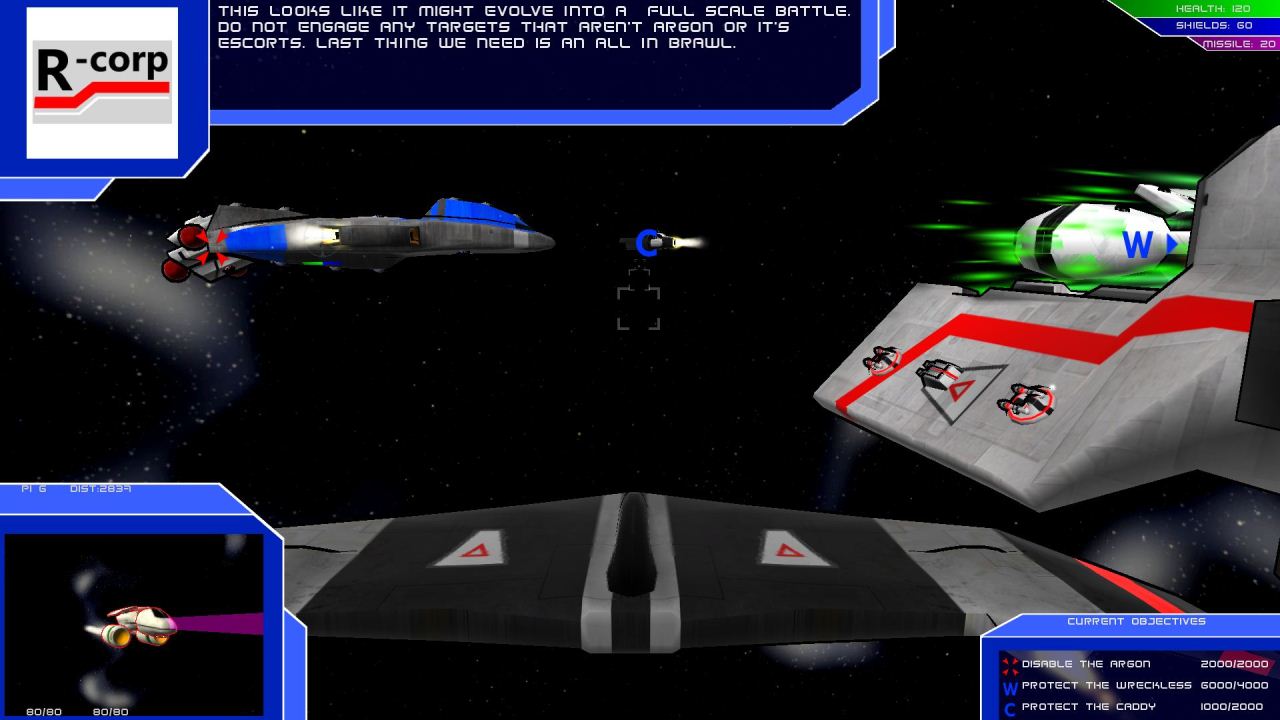 The Wreckless (PC/Mac, Desura + DRM-free)
This one’s much less flashy, but still highly entertaining: A single player space combat sim, with a campaign spanning across 16 levels, all of which are voiced, and a skirmish mode for those interested in customizing their battles after following a set path in the campaign. Fans of old-school games like X-Wing, TiE Fighter and Elite are bound to feel right at home in The Wreckless. 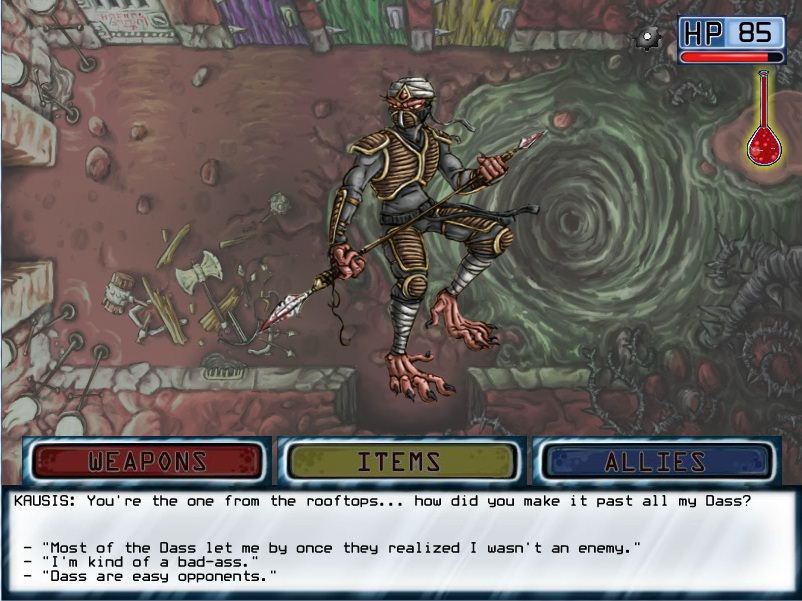 Dark Scavenger (PC/Mac, Desura + DRM-free)
Here’s one with a twist: Part turn-based combat, part point ‘n’ click with a twisted dark humor and quirky characters. You play as a space traveler who’s stranded on a mysterious planet, in search of a way to repair your ship and get off this rock. But that’s nowhere near as easy as it sounds, and conflict quickly ensues, so the question is, do you help the natives or are you the kind of person content with looking out for number one? 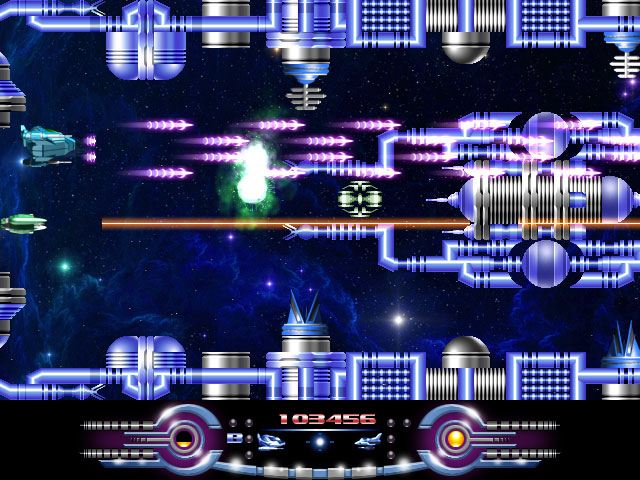 Armalyte (PC, DRM-free)
From Commodore 64 to PC and looking better than ever, Armalyte has both the boss encounters and all eight worlds from the original game and thanks to involvement from the original developers, Dan Phillips and Robin Levy, the PC version manages to replicate the gameplay of the 1988 version of this shmup classic.

All those will be yours by paying at least $0.99, but should you choose to pay above the average, you’ll get these too: 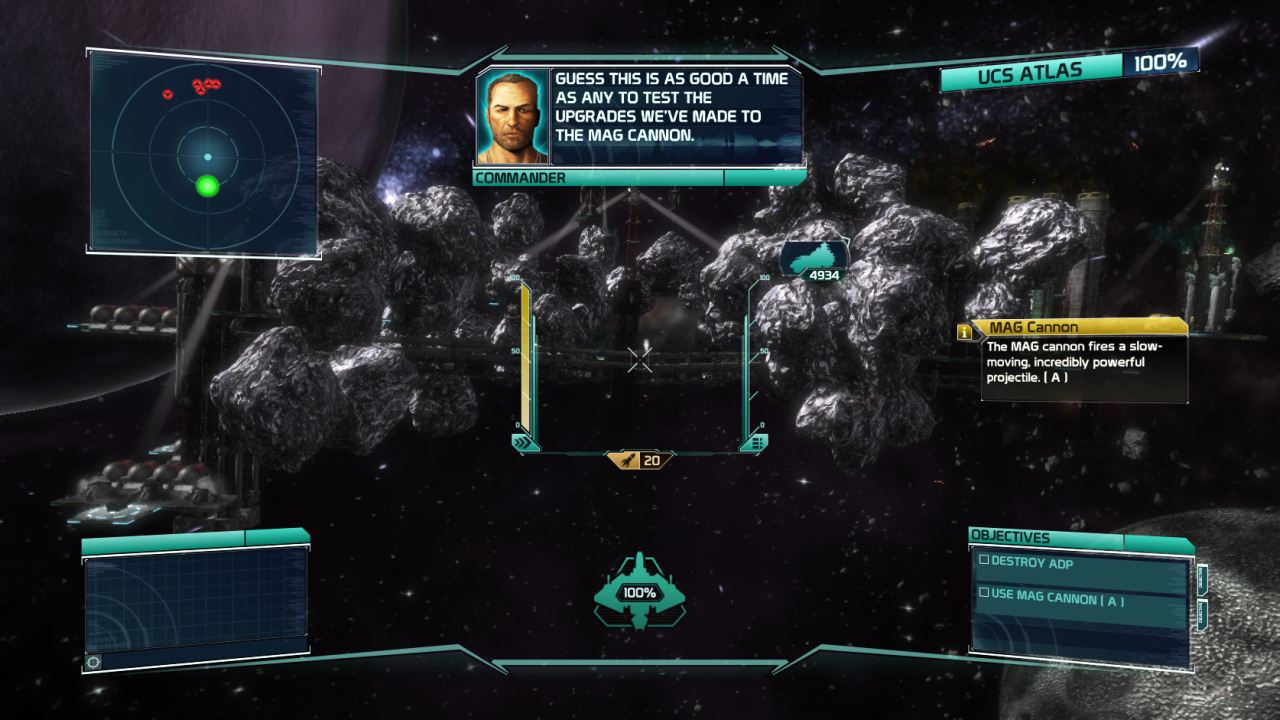 Sol: Exodus (PC, Steam + Desura + DRM-free)
500 years in the future, the Earth that we know has been ruined by centuries of war and conflict, forcing humanity to leave it behind and colonize the solar system instead. That didn’t exactly give birth to an era of peace though, but when scientist realized that our sun was dying, everyone finally started working together. The result of this was the birth of the United Colonies of SOL, and not a second too soon either, as mankind faces a threat potentially even more dangerous than the dying of our sun and it’s your job as the commander of the UCS Atlas to take care it in this space combat sim. 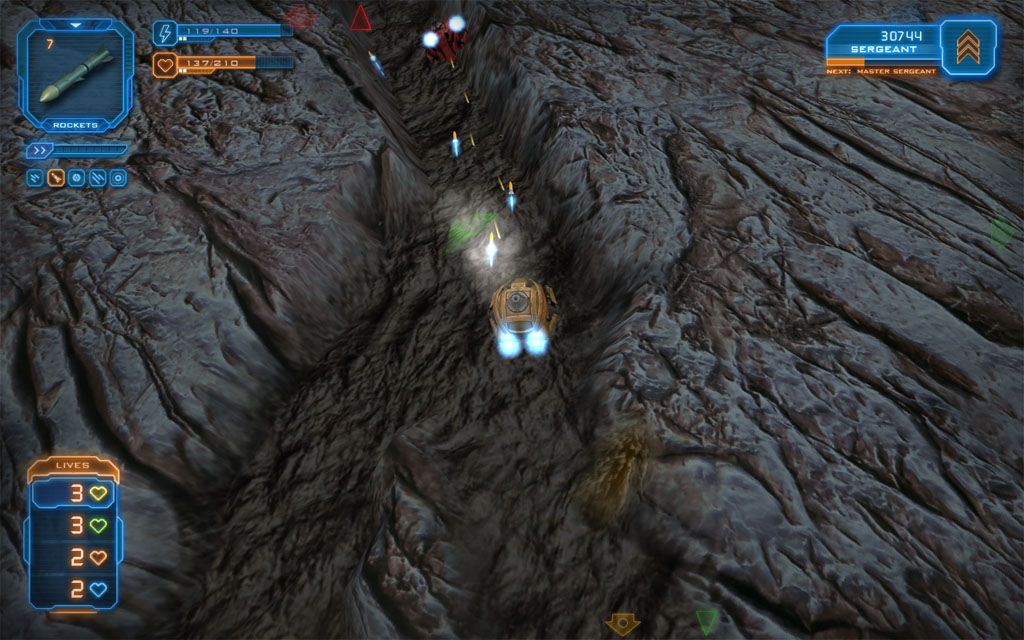 Miner Wars Arena (PC/Mac, Desura + DRM-free)
The year is 2081 and our solar system has suffered a political breakdown. All of mankind is fighting for scraps of resources on asteroids, so why not jump into the fray? Take control of a mining spaceship, hack your way through asteroids, big and small, and crush your pathetic enemies in a fully destructible environment. It’s inspired by the PC classic, Tunneler, with top-down 2.5D gameplay and each match can be customized to fit your needs for some sci-fi destruction, complete with local multiplayer. 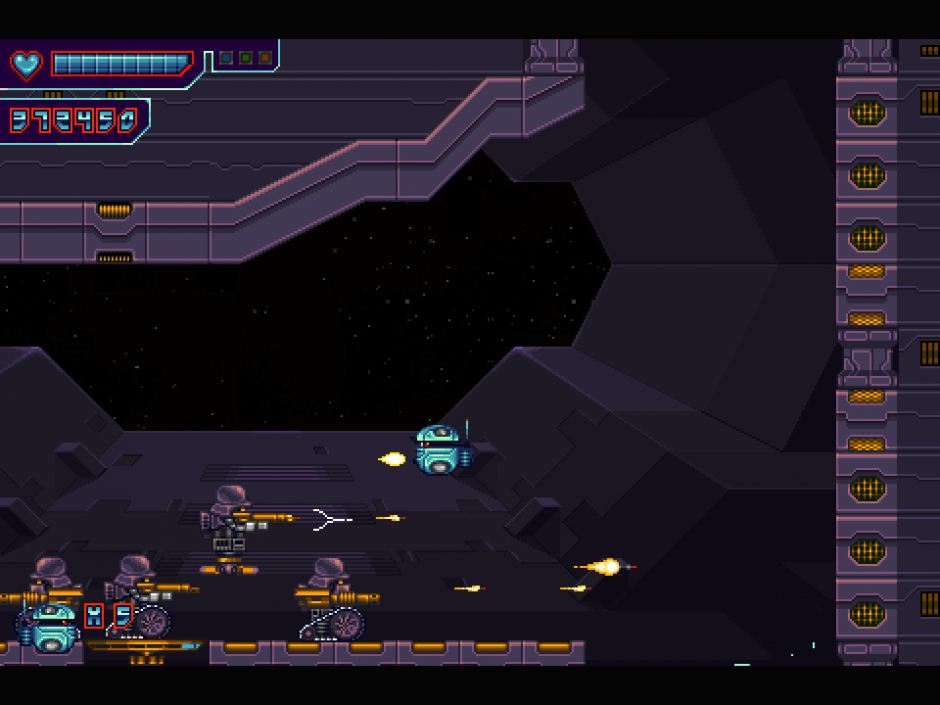 RobotRiot (PC/Mac, Desura + DRM-free)
Take on the role of SLUG, a debt collector, in this 2D shmup platformer as you play through 21 levels with more than enough enemies to satisfy anyones blasting needs, along with gun turrets and other nasty hazards to avoid. Everything about it says ‘old-school’, from the visuals to the chiptune music and of course, the difficulty. Initially without any kind of checkpoint system, the developer has since added that feature for.. whatever reason; I bet someone complained a bit too much, simply because they suck at the game, but oh well.

And don’t forget that you’re supporting the Indie Dev Grant, because every 100 sales means another $10 gets added to that, on top of Bundle-In-A-Box donating 5% of the entire thing to charity; so this is not just for the developers, even though that is obviously a huge part of it. Another important thing to note is that in my opinion, any proper indie game bundle has unlockable extras, and this one certainly doesn’t disappoint:

For every 1000 sales a new bonus will be unlocked for everyone, and these include the premier issue of PlaySF (a sci-fi gaming magazine), the Dark Scavenger soundtrack, the soundtracks for Sol: Exodus and Miner Wars, along with books, art books and storyboards. How’s that for going the extra mile?

Last but definitely not least, everyone who buys the bundle, no matter how much you pay (but don’t be cheap now) will get access to exclusive content for Droidcape: Basilica, KyttaroGames upcoming iOS/Android game, and here’s another reason to pay a bit more: The top 10 contributors will get a free copy of the game once it’s out, at which point the Droidscape: Into the Basilica book will become available as an unlockable extra.

So what’s not to like? Nothing! So head on over to http://bundle-in-a-box.com this instant and pick up Bundle-In-A-Box: Deep Space. Don’t forget to check out their Twitter (@BundleInABox) and Facebook.