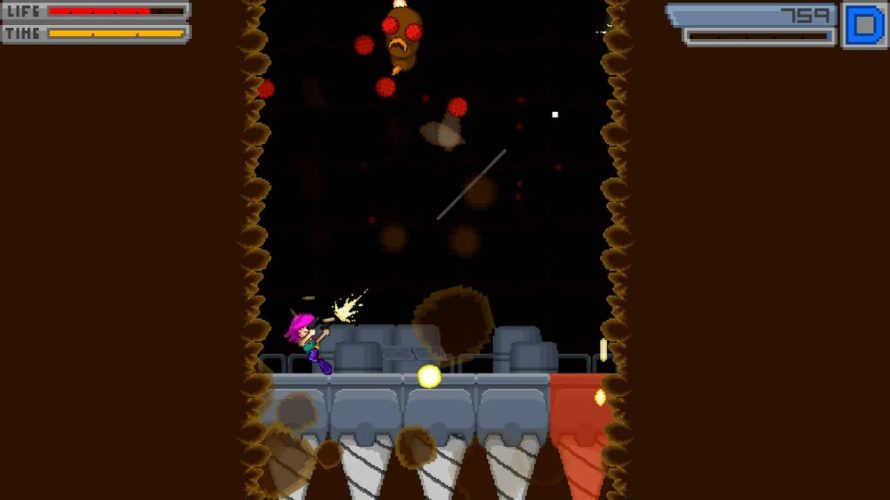 It’s finally December 12, and that means Bleed is out! I’ve played countless 2D action platformers over the years, and some might say that the genre is a tiny bit oversaturated currently. But in my opinion, this one is capable of standing on its own just fine, with a 16-bit art style, crazy mid-air movements, several action-packed modes to plow through – including one that lets you take on up to 3 boss type enemies at once, and guns that never seem to run out of ammunition (where does she hide it all?!).

Wryn is a girl with a big arsenal and big dreams — she wants to be the ultimate videogame hero! Help her take down the Greatest Heroes of All Time in an action-packed bid to claim the title for herself and show the world what a true hero looks like!

Bootdisk Revolution, the studio behind Bleed, is a one-man operation, which makes it all the more impressive; who needs a big fancy studio for game development anyway? No employees means you get to pocket all the profits, among other benefits! Alright, enough of that. For the try-before-you-buy crowd, the PC demo can be downloaded here, while the full game is available for PC on GamersGate (DRM-free) and the 360 version is on XBLIG, both priced at $5. Now go help Wryn kick some ass, would ya?

Facebook Twitter LinkedIn Pinterest Tumblr WhatsApp Telegram E-mail
Previous article Get Into the Groove: 'Groovy Tuesday' Is Out
Next article Help Bast Through a Dangerous Forest: 'A Walk in the Dark' Is Out