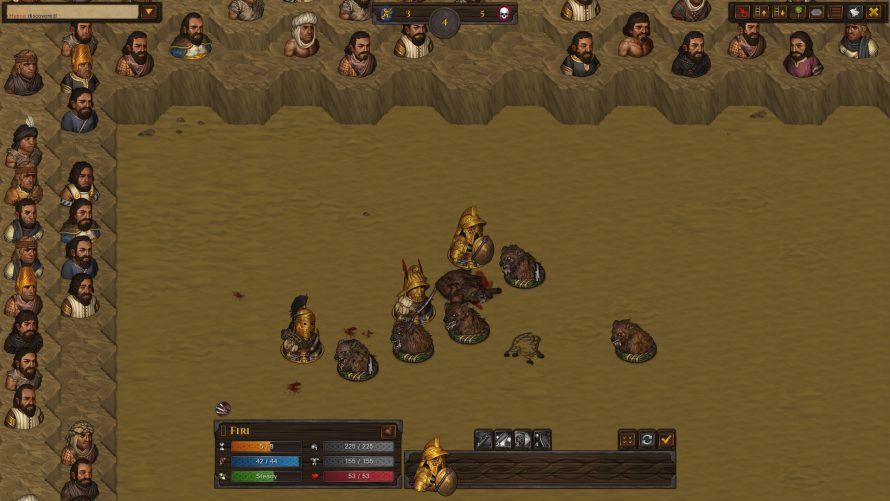 I’m starting to get the feeling that no war waged in Battle Brothers is ever going to actually, you know, end. It’s now been three years since the game was released, and as many sizeable expansions have been added, increasing what’s possible, where, and how. The latest of these, Blazing Deserts, is by far the biggest yet. But exactly what resides within this piece of premium DLC?

Let’s see… Beasts & Exploration (2018) added legendary locations and gear customization, Warriors of the North (2019) gave fans several game-changing origins to choose from and particularly difficult enemies called ‘champions’ to hunt down. As such, it’s hardly surprising to find that Blazing Deserts (2020) follows suit with non-combat influencers in the form of a ‘retinue’ system and an arena for when you just want to fight something. Plenty other stuff on top of that too, like new legendary locations, equipment, enemies, lands, music, etc. – basically, ‘more of everything’ in every expansion thus far.

Those not interested in dropping $14.99 on Blazing Deserts just yet still get plenty of new toys in the form of update 1.4, featuring a changelog of no less than eighty-one bullet points. A crazy amount of changes and fixes, which is always nice, but I’m sure more than a few are going to be pleased to find that they can finally start “with an entirely undiscovered map” by hitting the newly added exploration mode. Because what could possibly go wrong if you venture into uncharted territory in a hostile world such as this? Tutorial videos have also been updated and/or improved, alongside a slew of lovely quality-of-life improvements (tooltips and environmental highlighting, for example). Very groovy.