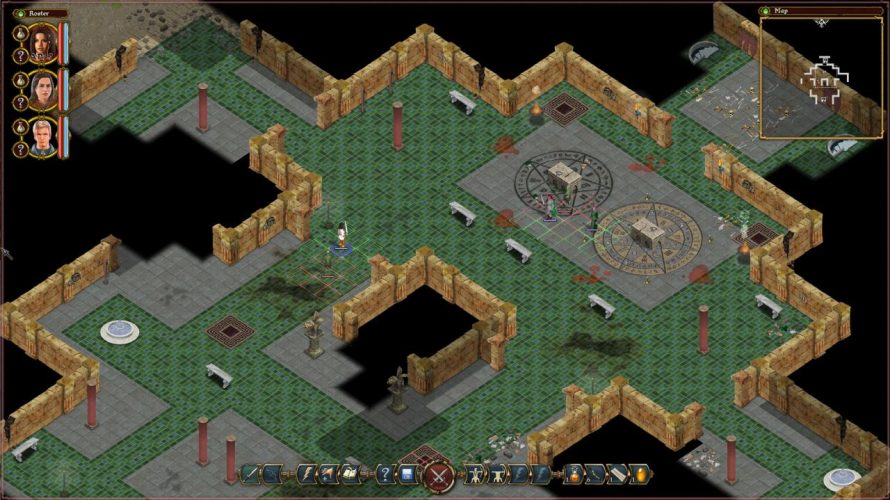 Hope you didn’t make any plans for the next few months, because Avadon 2, the sequel to 2011’s Avadon: The Black Fortress, has arrived. If its precursor is any indication, fans are in for a treat with an RPG that’s overflowing in terms of both content and fun.

It’s hard to believe that Spiderweb Software consists of just three people. I mean, just look at the number of games they’ve created! Sure, some are better than others, but even so, what other three-man studio has such a vast catalog of CRPGs? Heck, forget three-man, how about any indie studio, period? Exactly.

I told you back in February that this sequel was coming, so don’t blame me if you’ve gone and made plans. Those fortunate enough to have an empty schedule are in for a treat though. Civil war plagues your homeland, and I’m sure you can guess whose job it is to do something about it. If your guess wasn’t ‘the player’, then you were wrong and thus, have been eliminated from the quiz.

On a more serious note, choosing a side in this battle is only the beginning. Soon you’ll have to deal with all kinds of decisions, some of which have dire consequences, shaping the story as you go along. You and your little band of adventurers, that is. Like its precursor, Avadon 2 lets you create a small party of characters from several different classes, each with their strengths and weaknesses. These will then be put to the test throughout numerous encounters, and fans of tactical combat are going to enjoy this one.

Like in other Spiderweb Software creations, encounters play like RPGs from yesteryear; that is, turn-based and with plenty of room for strategy – sometimes even before the fight. Just remember to heal the wounded, because whether you choose to help or destroy the kingdom, none of it will happen should you fall in battle. So save often and think before you act.

Avadon’s power and influence has faded, and yet your people need it more than ever.

With its isometric design and old school visuals, Avadon 2 looks like it could easily have been released some ten years ago, but don’t cast it aside because of that. Its creator is known for crafting deep, massive titles that are not only full of interesting lore but also prioritizes gameplay and immersion. Whether or not that’s the case with their latest addition, well… that remains to be seen.

Avadon 2 is available from the official website, GOG.com, and Steam.