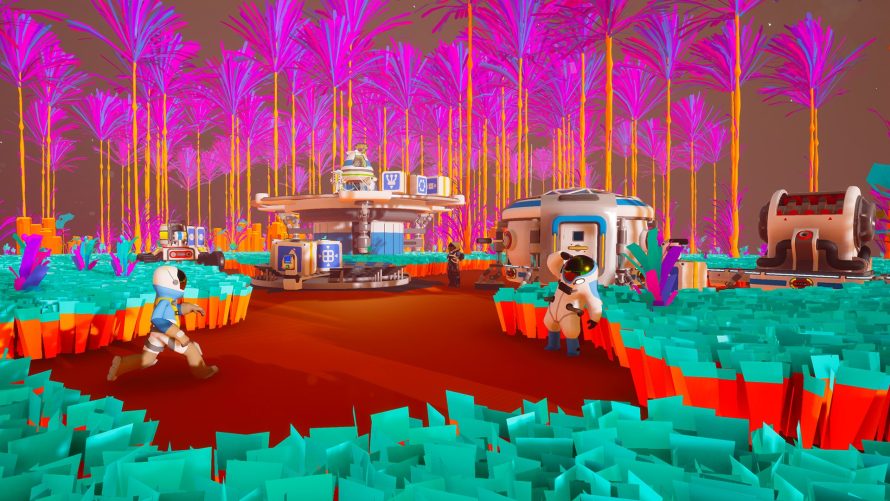 Survival games are a dime a dozen these days, and while I do have a personal favorite, 7 Days to Die is kinda missing something (not zombies, that’s for sure). Something another genre entry by the name of Astroneer has in spades: the ability to visit other planets and… do space stuff! Oh, and it’s almost ready to ditch Early Access, bringing with it even more planets. Groovy.

Base building! Uncharted planets! Mysteries! Danger! Peril! Hazards! Adventure! Death may or may not lurk around every corner, under every rock. I mean, the game is billed as ‘interplanetary survival sandbox’, so there has to be some kind of risk involved, as players traverse some of the most unique landscapes mankind has ever seen (in video games).

“We want to inspire a sense of wonder and reverence for the beautiful universe we live in, while promoting ideals such as creativity, tackling adversity and outside-the-box thinking.”
--System Era Softworks communications director Joe Tirado

Seriously though, for the uninitiated, far as I can tell, Astroneer is pretty much as good as it gets for sci-fi survival – especially if you bring one or more friends along for the ride. As is the norm for survival titles, resources will need to be gathered, bases (yes, plural) established/built and… then players will be able to pack said bases onto vehicles and/or shuttles – depending on the situation – and travel even further. Into the unknown. Deep into the unknown. Where fame and fortunate may or may not await. If nothing else, you’ll be “one of the forerunners of a new age of space expansion”. Good enough for me!

That said, for all its awesomeness, Astroneer is still in Early Access, although that is going to change on February 6, 2019. And as is often the case with out-of-Early-Access launches, this one also comes with a slew of additional content, in the form of “a new exploration-focused adventure” titled ‘Liftoff’, spanning a grand total of seven (new) planets. On top of that, how about more character customization options or, even better, dedicated servers? That’s right, dedicated servers. That lovely little thing most AAA games don’t have these days, in an indie title! Absolute madness.

Astroneer - 1.0 Release Date Announcement
Facebook Twitter LinkedIn Pinterest Tumblr WhatsApp Telegram E-mail
Previous article Par for the Course is Decided in 'Resort Boss: Golf' as You Build and Manage a Golf Club
Next article Stop the Feline Antagonist in 'Cat-A-Strophic' From Destroying All Your Valuables