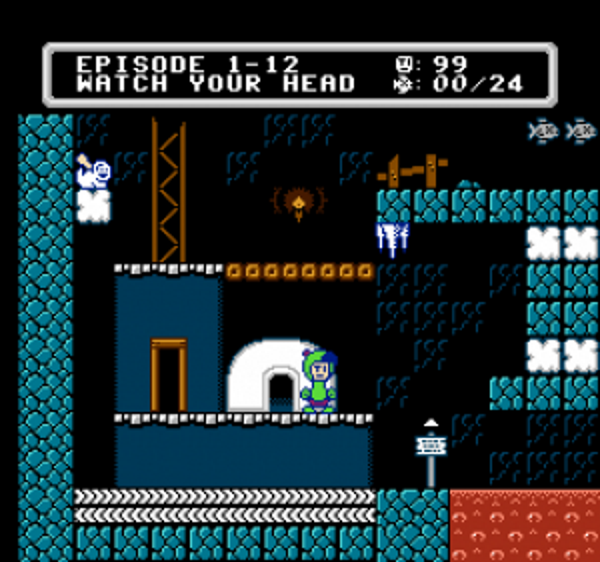 Remember how, in 2017, Eskimo Bob was all the 8-bit rage? I mean, it was for Spoony Bard Productions at least, not only smashing its Kickstarter goal but also launching that same year. Other crowdfunding projects could learn a thing or two from that, ya know? But that was then, this is now, and in 2018… it’s all about Alfonzo’s Arctic Adventure!

So, sequel – what’s new? I actually can’t tell, based on details available and footage in the trailer below, although collecting a specific number of fishing each level while poking everything with a stick and breaking blocks does still look like a fun time! Sure, there’s that ‘been there, done that’ feeling, which might make Alfonzo’s Arctic Adventure seem more like a case of Eskimo Bob 1.5 than a ‘proper’ sequel, but does that detract majorly from the fact that we’re dealing with what appears to be an enjoyable experience here? Not really, no.

Even better, courtesy of a recently updated demo, those interested can now sample the goods themselves, seeing things like the world map and cut-scenes (speaking of stuff that’s new in the sequel). Not really a fan of the overly lengthy instrumental bit before entering each stage if I’m perfectly honest, but aside from that… it’s hard to find fault with what’s portrayed here. Even more so since so many games simply mimick 8-bit style in their design, while this one  – like Eskimo Bob prior – fully embraces it, going as far as to getting a genuine NES port! Groovy stuff.