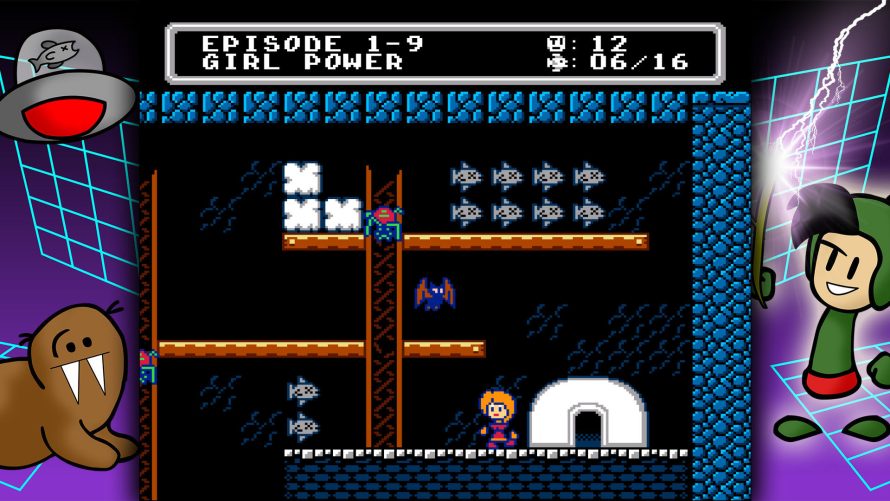 It’s been a while since Alfonzo’s Arctic Adventure first saw the light of day, although until recently, only on the NES. Yes, the ancient 8-bit Nintendo system. Because people still make games for that thing, and that automatically makes them awesome. But if we go back to the game, which is now available on Windows-compatible devices, for a second, what we find is… dozens of levels of platforming trouble, because Alfonzo’s best friend Bob has gone missing!

Should you care? Well, that depends: do you feel like going on a bit of a fish collect-a-thon, armed only with a stick and your wits, in what can safely be described as a genuine 8-bit platformer, bells, whistles and all? What a dumb question. Sure ya do! Otherwise, you wouldn’t still be reading this here article about the game. A game which is full of secrets and hidden paths, friendships yet-to-be-made (yay!), the power-punching Magnus, near-invulnerable Fenwood, and the sword-wielding Girl -- among other things. Not quite your typical ‘retro platformer’, I’d say. (And that’s a good thing.)

Oh, and to really fuel that nostalgia train, how about a password system for saving your progress? Bet you’d forgotten those used to be a thing, back before cartridges actually had batteries. Or some such. Heck, there’s even a two-player melee mode -- for whenever you’re feeling less cooperative and more competitive -- and a boss rush mode… for… when you feel like getting your you-know-what kicked, I’d wager. Yeah. Let’s go with that. So, ya ready to go save Bob?